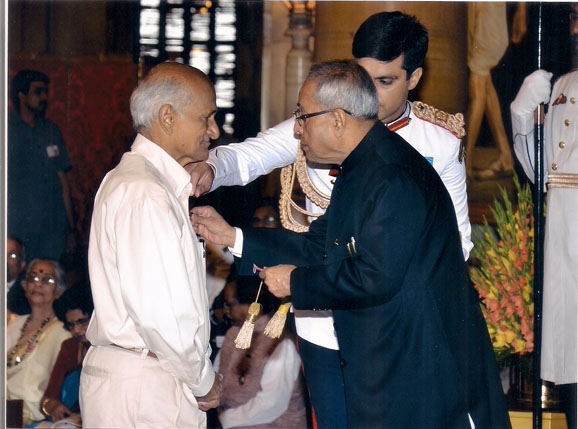 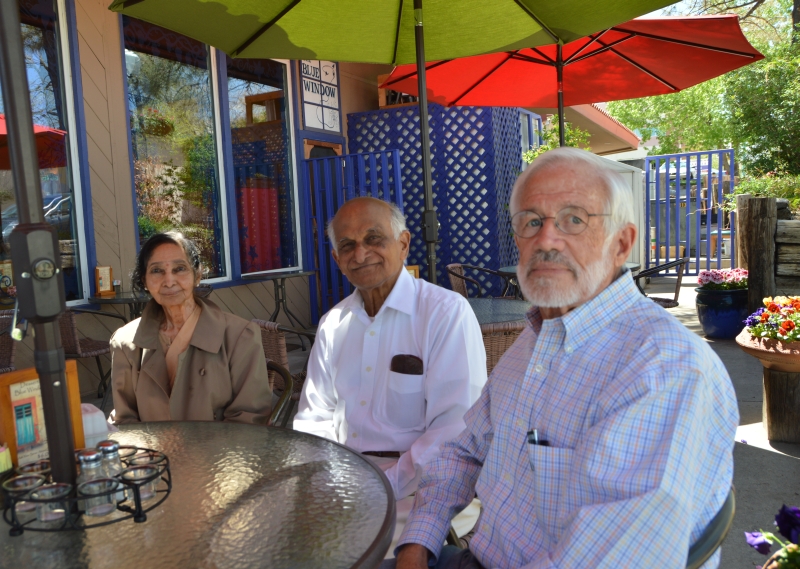 Mudundi Raju and his wife M. Subhadra Devi Raju met recently for lunch with John Hopkins at the Blue WIndow Bistro in downtown Los Alamos. Photo by Carol A. Clark/ladailypost.com

The government of India honored former Los Alamos scientist and Laboratory Fellow Mudundi Raju with a Padma Shri award this year for his distinguished service in science and engineering, providing cancer radiation treatment to the poor of rural India.

“The aim of science is to improve the human condition,” said Nobel Laureate Ilya Prigogine, and Raju has taken this statement to heart. Raju works “with a hope to build a small bridge between rapid developments in medical advances and the life of a common man,” he said, and he is an internationally known scientist in the field of radiation treatments for cancer. He retired from the Laboratory in 1994 to devote himself to providing appropriate cancer radiation treatment to residents of rural India.

The Padma Shri is the fourth highest civilian award after the Bharat Ratna, the Padma Vibhushan and the Padma Bhushan, given by the Indian government at the Rashtrapati Bhavra in New Delhi.

The scientist now serves as managing trustee of the Mahatma Gandhi Memorial Medical Trust, dedicated to serving the needs of the rural poor in the West Godavari District of Andhra Pradesh, India.

In the cancer radiation treatment center, 2,788 patients, 65 percent of them women, have been registered between 2004 and 2012.

His most recent talk at Los Alamos, to which Raju returns periodically, was titled “Experiences of a Los Alamos National Laboratory Fellow: Flight from rural India in pursuit of scientific career in the United States in the field of using nuclear particles for cancer treatment. His current attempts to provide appropriate radiation treatment of cancer for a common man in rural India.”

Raju joined Los Alamos in 1971 when the Laboratory started a cancer treatment program at Los Alamos Meson Physics Facility, later renamed the Los Alamos Neutron Science Center (LANSCE). He investigated negative pi-mesons and conducted comparative radiobiological studies of all nuclear particles being considered for cancer treatment. He has spent nearly 35 years examining methods to apply nuclear physics to cancer therapy and has published more than 125 research papers, and he authored the book Heavy Particle Radiotherapy published by the Academic Press. He was selected to be a Los Alamos National Laboratory Fellow in 1981.

Raju is also the secretary for West Godavari District Cancer Control Program under National Cancer Control Program, and the Indian Society for Radiation Biology has presented him with the Lifetime Achievement Award for his research in radiation biology and his service to cancer patients through radiotherapy.

Raju received a doctorate in Nuclear Physics from Andhra University in India. He had a postdoctoral fellowship in Radiation Biophysics at Massachusetts General Hospital and Massachusetts Institute of Technology, and he conducted research at Lawrence Berkeley National Laboratory before coming to Los Alamos.