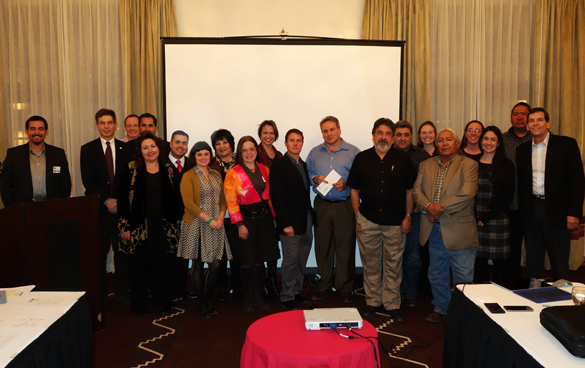 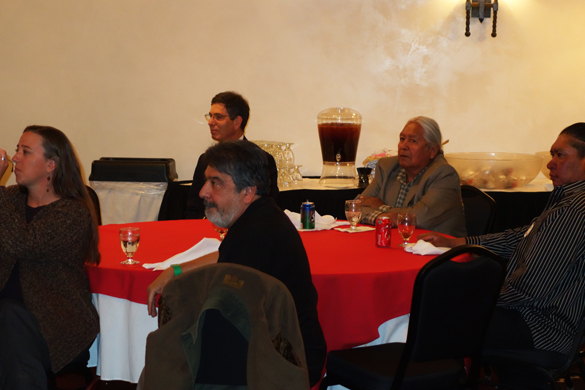 Los Alamos County Councilor David Izraelevitz, center at the back, is the liaison to the LANL Major Subcontractors Consortium. Courtesy photo

The LANL Major Subcontractors Consortium, also known as the MSC is made up of 35 of the largest subcontractors at Los Alamos National Laboratory. The MSC was formed to allow these subcontractors to collaborate on regional community development through direct and indirect  investment in education, community giving and economic development.

Part of their mission is accomplished through the LANL MSC Grant Pool, a competitive economic development grant opportunity open to non-profits and local governments in northern New Mexico. For the second year in a row LANS, the primary management company at LANL matched the MSC members dollar for dollar in their fundraising doubling the amount of money available for grants. Because of this LANS match, the 2014 grant cycle was able to award $95,000 to eight local organizations working on economic development programs in northern New Mexico.

“Any time we can celebrate the successes of fantastic economic development programs such as these is a great time,” MCS President Liddie Martinez said. “I am proud that our member companies and LANS came together to raise the money to help these programs grow. We look forward to continuing this grant program for years to come.”

More than 50 people attended Thursday’s event at which local dignitaries, company representatives and guests met with representatives from the eight winning organizations to discuss their proposals and celebrate their work.

The grant awardees and their projects include: 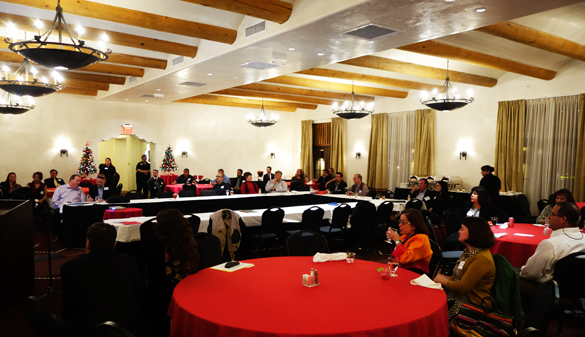