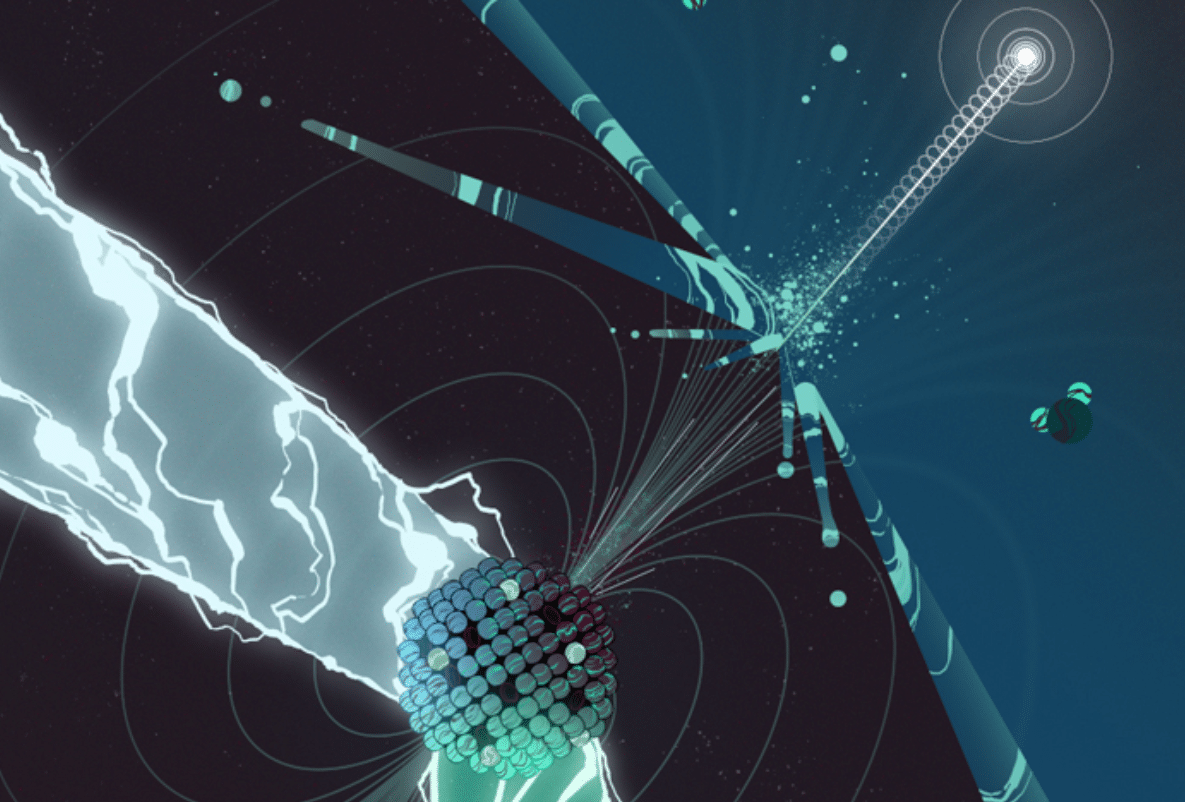 Incorporating magnetic ions into colloidal quantum dots enables them to convert light into a stream of free electrons. This effect could benefit numerous technologies, from solar photochemistry and night-vision goggles to advanced accelerators and free-electron lasers.

Victor Klimov, lead Los Alamos National Laboratory (LANL) researcher on this project, said, “What we have done is to use a process of so-called ‘spin-exchange,’ enabled by adding manganese to specially sized quantum dots, to rapidly push energy from the manganese ions to the quantum dot electron. This eventually allows the electron to reach a ‘free’ unbound state and break loose.”

The new process employs a combined energy of multiple manganese ions. Therefore, it can be driven by low-energy photons from the visible part of the optical spectrum. This makes the process very useful in solar photochemistry as a driver of reactions such as carbon dioxide conversion or generation of solar fuels.

In photoemission, an electron is ejected from a material upon interaction with light. A traditional mechanism of photoemission is a photoelectric effect, due to the transfer of a photon’s energy to a bound electron, which is promoted to a higher-energy unbound state outside the material. Commonly, though, the emitted electron flux is only a small fraction – thousandths of a percent or less – of the incident photon flux, which is inefficient.

Another limitation is the need for high-energy ultraviolet or even X-ray photons to overcome strong bonding of the electron to the material. Such photons, however, are difficult to generate. Furthermore, they are sparse in the solar spectrum which limits the utility of traditional photoemission in solar photochemistry. Thus, the addition of the manganese made a profound difference.

The work was published today in the journal Nature Photonics, by scientists from Los Alamos and the University of New Mexico (UNM).

In their new article, Los Alamos researchers demonstrated an alternative “spin-exchange Auger-type” photoemission mechanism that helps overcome the deficiencies of the traditional photoelectric effect. Clément Livache, a postdoctoral researcher at Los Alamos and a lead spectroscopist on this project, said “using this new process we achieved extraordinary photoemission efficiencies of a few percent and, importantly, they are realized with low-energy visible light photons.”

Los Alamos scientists exploited a process called spin-exchange energy transfer, which is orders of magnitude faster than the traditional process. They used cadmium selenide quantum dots doped with manganese (Mn) impurities, synthesized by their UNM collaborator, Ho Jin, who also tuned quantum dot size to achieve energy resonance between the intrinsic exciton and the spin-flip transition of the Mn ion.

To test the practical utility of the discovered effect, the Los Alamos researchers modified quantum dot surfaces to make them compatible with water. Whi Dong Kim, a former Los Alamos postdoc, said, “in the case of water-based quantum dots, emitted electrons are stabilized by water molecules and form complexes usually referred to as solvated electrons. These species possess a large reduction power which can be employed to drive high-energy chemical reactions.”

Funding: These studies were supported by the Solar Photochemistry Program of the Chemical Sciences, Biosciences and Geosciences Division, Office of Basic Energy Sciences, Office of Science, U.S. Department of Energy.