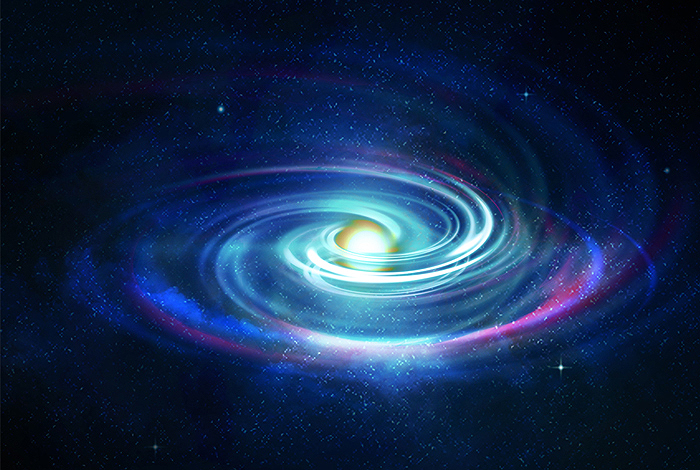 Los Alamos National Laboratory scientist Vincenzo Cirigliano asks the question, How did we survive the big bang? in a series of Frontiers in Science lectures beginning Monday, Nov. 4, in the Duane Smith Auditorium at Los Alamos High School.

“Particles and antiparticles were produced in equal numbers in the aftermath of the big bang,” according to Cirigliano. “As the primordial soup cooled, they should have completely destroyed each other, leaving behind a universe with no matter. Instead, an imbalance of matter over antimatter developed, eventually leading to galaxies and stars and planets … and us.”

Cirigliano will explore how this asymmetry arose and whether the known laws of physics can explain how matter survived the big bang.

Other Frontiers in Science lectures are scheduled for 7 p.m. at the following locations:

Vincenzo Cirigliano is a staff scientist in Los Alamos’ Nuclear and Particle Physics, Astrophysics and Cosmology Group. He joined the Laboratory in 2006. He earned his doctoral degree (2000) and bachelor’s degree (1996) in physics from the University of Pisa, Italy.

Cirigliano was named a Fellow of the American Physical Society in 2012 and currently serves on the Institute for Nuclear Theory’s National Advisory Committee, and on the joint Department of Energy/National Science Foundation’s Nuclear Science Advisory Committee.