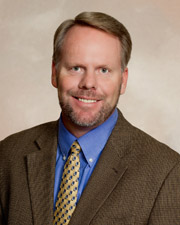 Fox joined the LANL Foundation in 2001 as the scholarship program officer, and under his leadership, the expanding initiative has awarded over $5 million to more than 1,000 students in Northern New Mexico. In addition to his management of the Los Alamos Employees’ Scholarship Fund program and annual fundraising campaign in collaboration with LANL, Fox also will lead the LANL Foundation’s new planned giving program. 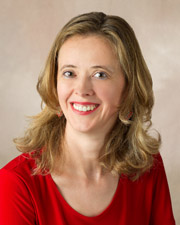 In 2006, Popa-Simil was hired as chief financial officer to work with founding CEO, Susan Herrera, and the board of directors to manage the Foundation’s growing endowment and operating budget. During her tenure, the Foundation has transitioned from primarily larger-scale grant making to a combination of program operation and grant making to support education from early childhood into college. Since 2015, she also has served as director of human resources. In her new role, Popa-Simil will continue to provide day-to-day financial and executive management with an emphasis on building organizational process and infrastructure.

“The enormous contributions and aptitude of both Mihaela and Tony make them invaluable members of the LANL Foundation and our management team,” CEO Jenny Parks said. “Their leadership and accountability will continue to support us on our strategic path to serve the needs of our Northern New Mexico communities and inspire excellence in education.”

Prior to his 15 years at the LANL Foundation, Fox served as director of marketing and development at St. Vincent General Hospital in Leadville, Colo., and as the director of special events and development for Ronald McDonald House Charities of Denver. Fox earned a bachelor’s degree in sociology from the University of New Mexico and a master of business administration degree from New Mexico State University.

Popa-Simil began her career as a CPA in Romania, her native country, and provided a full range of business accounting services to New Holland Ltd., PricewaterhouseCoopers Ltd. and KPMG Ltd. in the U.S.  She also served as vice president of finance for the Project Management Institute, Otowi Bridge Chapter. She received a master’s degree in business administration from the College of Santa Fe and holds a Ph.D. in economics from the Romanian Academy in Bucharest. She currently serves as a Performance Excellence Awards examiner for Quality New Mexico.

For more information about the LANL Foundation, visit www.lanlfoundation.org.

Since 1997, the LANL Foundation has worked to inspire excellence in education and learning in Northern New Mexico through innovative programming, collaboration and advocacy. By investing in human potential, the Foundation’s vision is that all New Mexicans have the skills and confidence they need to be self-sufficient, lifelong learners who are engaged in their communities. Programs in early childhood education, STEM inquiry learning, scholarships, and grants serve Northern New Mexico communities in primarily in Los Alamos, Mora, Rio Arriba, San Miguel, Sandoval, Santa Fe and Taos counties. LANL Foundation is a tax-exempt public charity under Section 501 (c)(3) of the Internal Revenue Code. For more information, visit www.lanlfoundation.org.