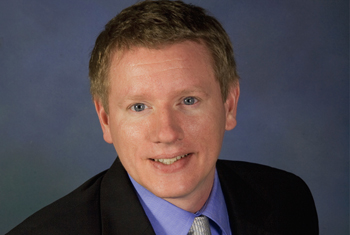 Nathan Moody of Los Alamos National Laboratory is among 78 of the nation’s brightest young engineers selected for the National Academy of Engineering’s (NAE) 18th annual U.S. Frontiers of Engineering symposium.

Engineers between 30 to 45 who are performing exceptional engineering research and technical work in a variety of disciplines attend the 2-1/2 day event, the academy announced.

The participants — from industry, academia, and government — were nominated by fellow engineers or organizations and chosen from approximately 300 applicants.

“Our nation’s health, quality of life and security will depend on the engineering achievements of the 21st century,” said NAE President Charles M. Vest. “The Frontiers of Engineering program gives young engineering pioneers the opportunity to collaborate and share approaches across fields. We believe those interactions will generate new ideas for improving the future.”

His academic degrees are all in electrical engineering (doctorate, 2006; master’s, 2004; bachelor’s, 2000) from the University of Maryland, College Park.

He joined Los Alamos National Laboratory in the fall of 2006.

The symposium is to be held Sept. 13 to15 at the General Motors Technical Center in Warren, Mich.

Retired Vice President Alan I. Taub of global research and development at General Motors, is the featured speaker.

Workforce Demographics (LANS and students only)