LANL: End of the Road for Roadrunner 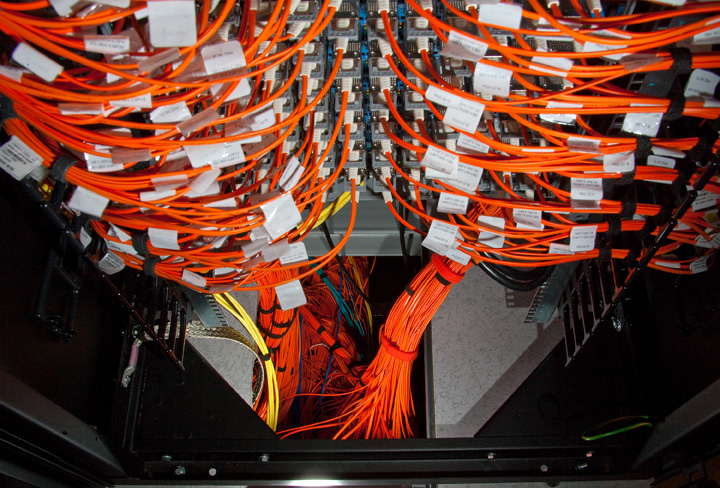 During its five operational years, Roadrunner, part of the National Nuclear Security Administration’s Advanced Simulation and Computing (ASC) program to provide key computer simulations for the Stockpile Stewardship Program, was a workhorse system providing computing power for stewardship of the U.S. nuclear deterrent, and in its early shakedown phase, a wide variety of unclassified science.

“Roadrunner exemplified stockpile stewardship: an excellent team integrating complex codes with advanced computing architectures to ensure a safe, secure and effective deterrent,” said Chris Deeney, NNSA Assistant Deputy Administrator for Stockpile Stewardship. “Roadrunner and its successes have positioned us well to weather the technology changes on the HPC horizon as we implement stockpile modernization without recourse to underground testing.”

Roadrunner’s design was unique, and controversial. It combined two different kinds of processors, making it a “hybrid.” It had 6,563 dual-core general-purpose processors (AMD Opterons™), with each core linked to a special graphics processor (PowerXCell 8i) called a “Cell.”

The Cell was an enhanced version of a specialized processor originally designed for the Sony Playstation 3®, adapted specifically to support scientific computing.

Although other hybrid computers existed, none were at the supercomputing scale. Many doubted that a hybrid supercomputer could work, so for Los Alamos and IBM, Roadrunner was a leap of faith.

High-speed calculation was the primary goal. When a computer is fast enough to improve simulation detail and fidelity, with reasonable turnaround time, the resulting simulations deepen a scientists’ understanding of the phenomena they’re studying.

As part of its Stockpile Stewardship work, Roadrunner took on a difficult, long-standing gap in understanding of energy flow in a weapon and its relation to weapon yield. Roadrunner made a significant contribution to that understanding.

In the area of general science, while Roadrunner provided a platform to study a wide variety of scientific unknowns at an unprecedented scale while in unclassified shakedown mode.

“Roadrunner was a truly pioneering idea,” said Gary Grider of the Laboratory’s High Performance Computing Division. “Roadrunner got everyone thinking in new ways about how to build and use a supercomputer. Specialized processors are being included in new ways on new systems, and being used in novel ways. Our demonstration with Roadrunner caused everyone to pay attention.”

Roadrunner’s speed was derived from its architecture. Its two processors shared functions, with the Cell taking on the most computationally intense parts of a calculation—thus acting as a computational accelerator.

This improved the simulations and made great strides in energy efficiency by linking its general-purpose processors to specialized ones.

“What Roadrunner did was exactly what it was intended to do: get the weapons codes moving toward new architectures,” said Cheryl Wampler of the Weapons Physics directorate. “Roadrunner was challenging because the supercomputing future was challenging.”

It’s estimated that sometime between 2020 and 2030 supercomputers will reach the exascale—one quintillion calculations per second— or one thousand times faster than Roadrunner. Such speed bodes well for the needs of U.S. weapons laboratories, and for the advancement of science.

Without ceremony, this weekend the World’s Fastest Supercomputer from 2008 will be switched off. But it will not be forgotten. Advancements made possible by Roadrunner have informed current computing architectures and will help shape future designs.

“Even in death,” said Grider, “we are trying to learn from Roadrunner.”

After the machine is shut off but before it is dismantled, researchers will have a about one month to do experiments on operating system memory compression techniques for an ASC relevant application, and optimized data routing to help guide the design of future capacity cluster computers.

“These are things we never could try while Roadrunner was running production problems,” Grider added. 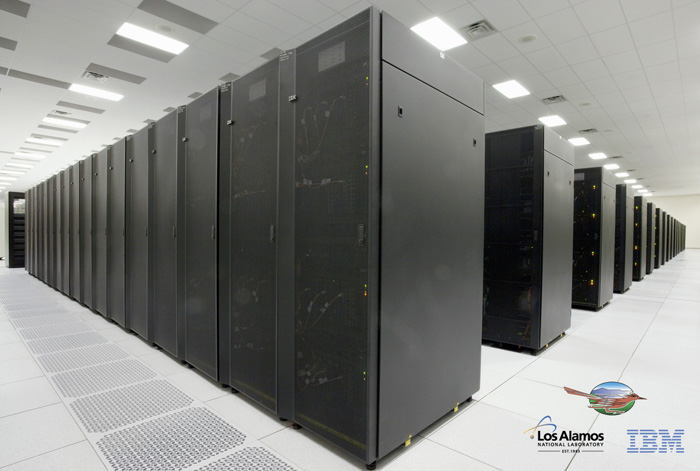 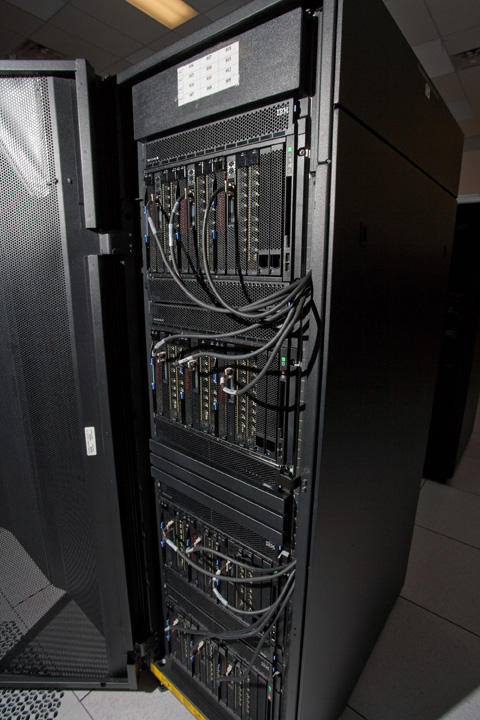