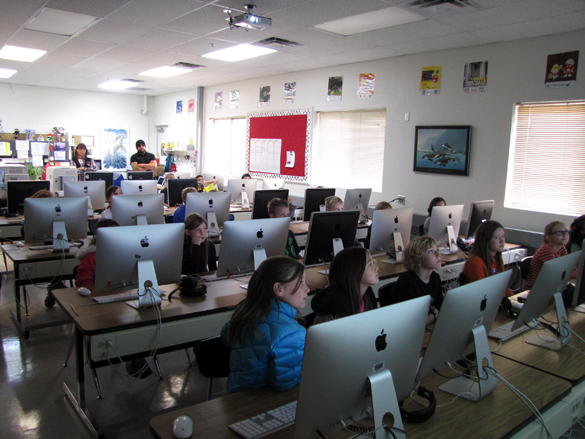 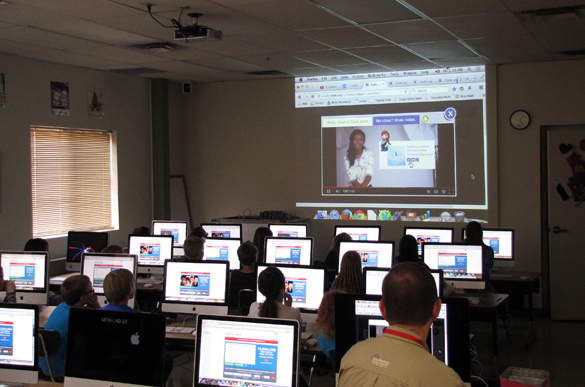 With the help of LANL volunteers, Mountain Elementary students participate in Hour of Code Thursday. Photo by Chris Clark/ladailypost

All week long, students learned about computer programming (coding) during one hour sessions and by Friday, some 17 million students worldwide had participated in Hour of Code.

The Hour of Code is a global movement reaching tens of millions of students in 180+ countries.

LANL computer scientist David Kratzer is one of several employees who volunteered in the classrooms last week. He said that at the beginning of the week, more than 56 million students worldwide had completed the Hour of Code (since December 2013) and by Friday at 4 p.m., the number was more than 73 million students. LANL employees said it was fun to work with the students and asked to participate again next year, Kratzer said, adding that Friday morning a Mountain parent told him when her two children got home Thursday night, the first thing they talked about was the Hour of Code and she thanked the LANL volunteers for making it happen.

The Hour of Code is a one-hour introduction to computer science, designed to demystify code and show that anybody, ages 4 to 104, can learn the basics. One-hour tutorials are available in more than 30 languages. No experience needed. The Hour of Code is organized by Code.org, a public 501c3 non-profit dedicated to expanding participation in computer science by making it available in more schools, and increasing participation by women and underrepresented students of color. An unprecedented coalition of partners have come together to support the Hour of Code, too — including Microsoft, Apple, Amazon, Boys and Girls Clubs of America and the College Board. 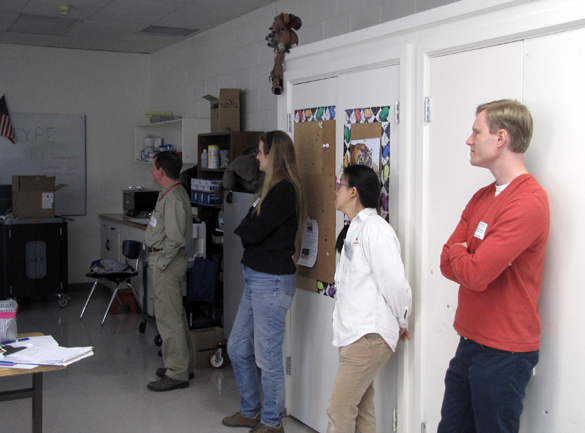 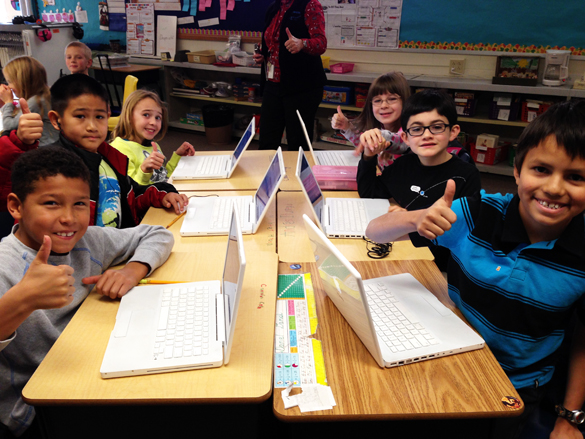 Students express enthusiasm with their participation in Hour of Code Wednesday at Pinon Elementary School in White Rock. Photo by David Kratzer/LANL 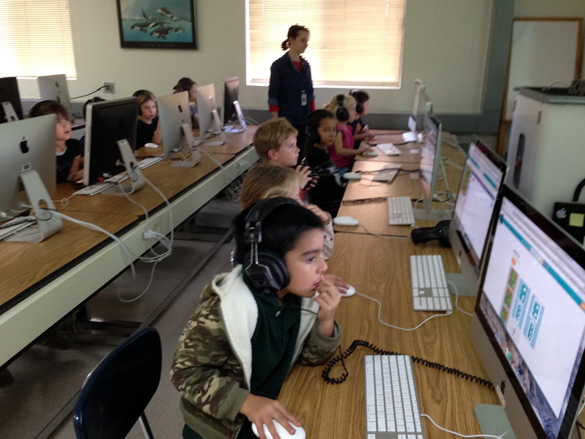 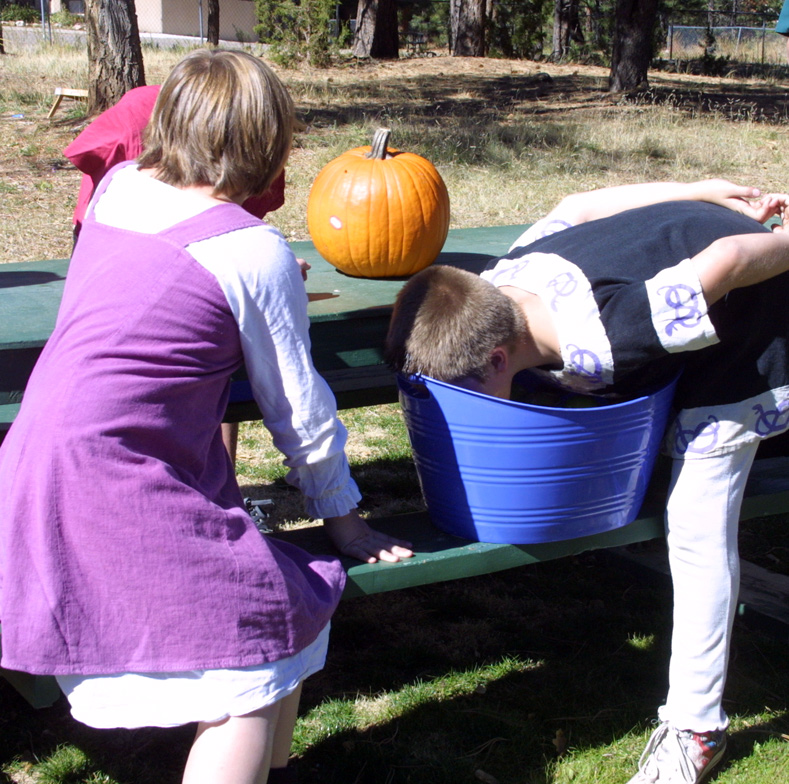