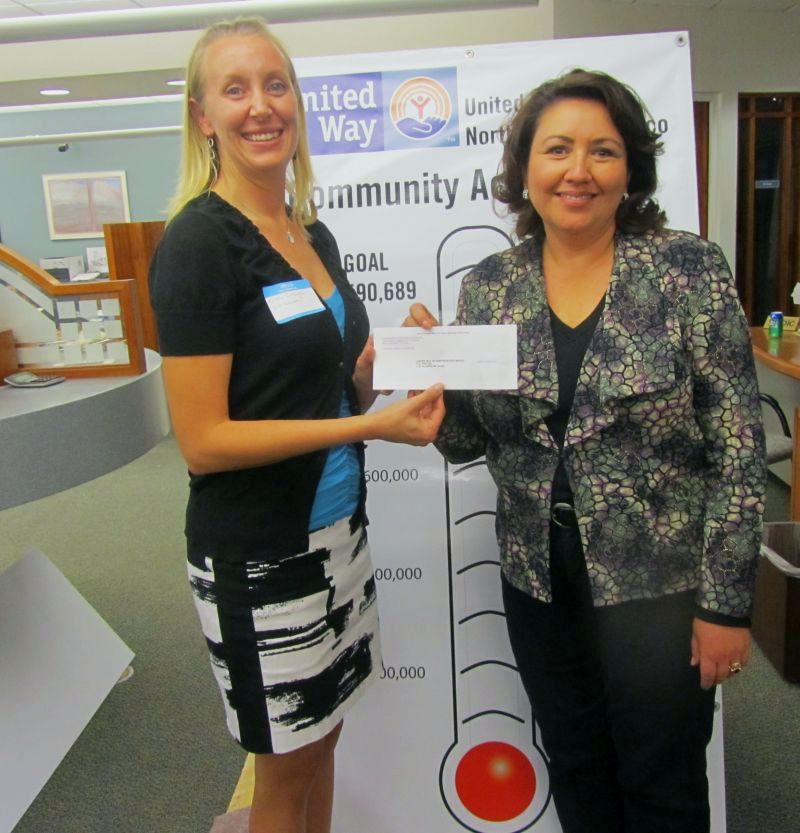 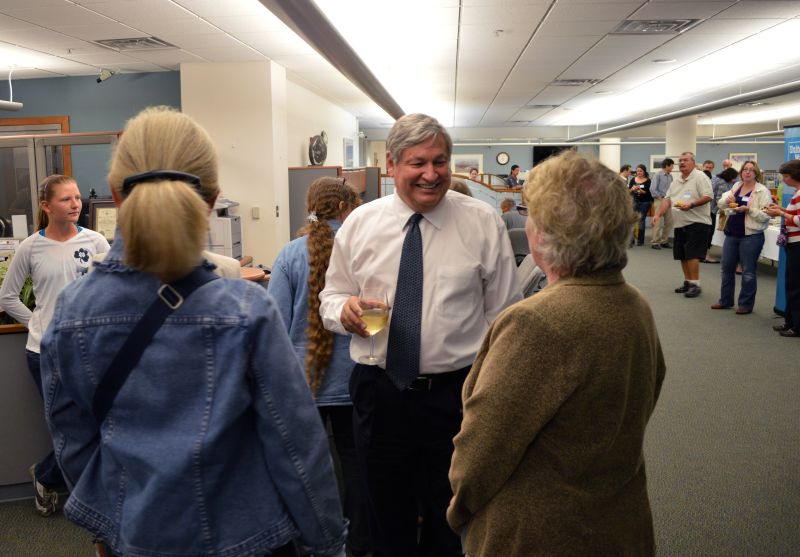 Funded Partners in attendance at Wednesday’s campaign kick off included:

United Way is a grantmaker that holds the largest annual campaign fundraiser locally, benefiting many local organizations and grant recipients.

United Way has a volunteer board and dozens of community members who work throughout the year to help bring success to each fundraising campaign, including the Youth Team campaign.
The goal for the United Way Youth Team this year is $11,000. The Youth Team is holdng its third annual “Taste the Sky” fundraiser dinner from 5-8 p.m. Sunday, Sept. 16 at Los Alamos County Airport. For additional information, call 662-0800.
United Way is a non-profit 501(c)(3) organization that is dedicated to engaging human and financial resources to improve the quality of life of the people in the communities it serves in Northern New Mexico.

The Los Alamos Chamber of Commerce donated $8,200 from its charity golf tournament. 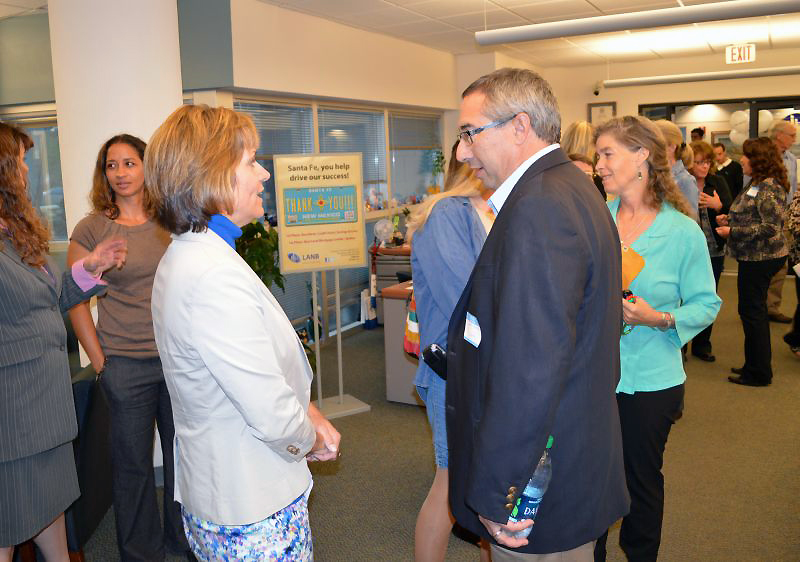 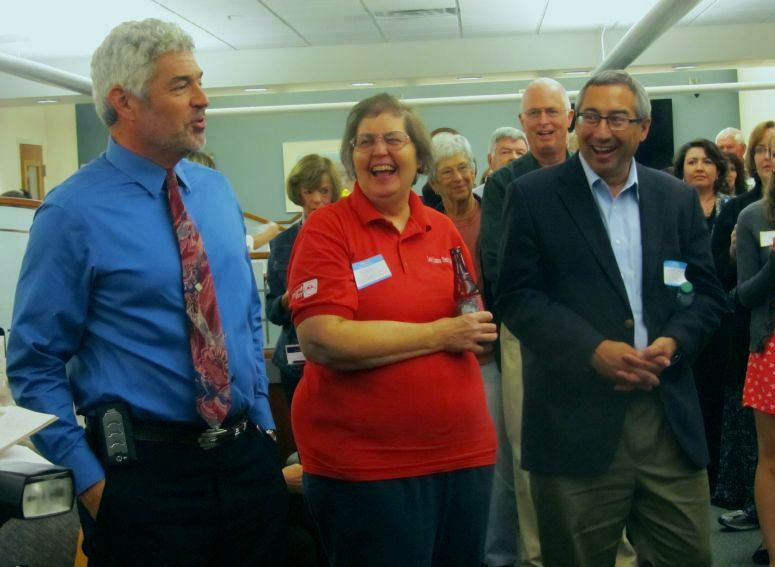 United Way Board President Bob Trap, left, makes a joke as he is introduced at which Ann Revelle of the Los Alamos Heart Council and Jeff Mousseau of LANS laugh. Photo by Carol A.Clark/ladailypost.com 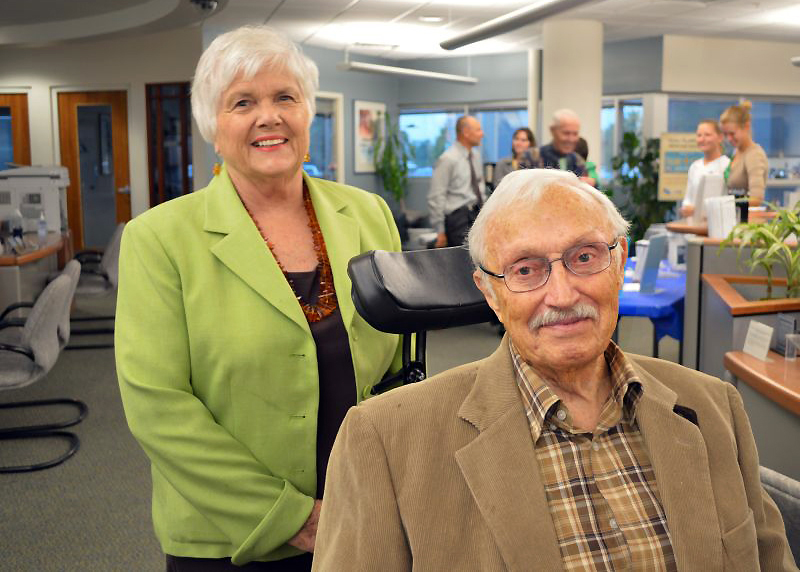 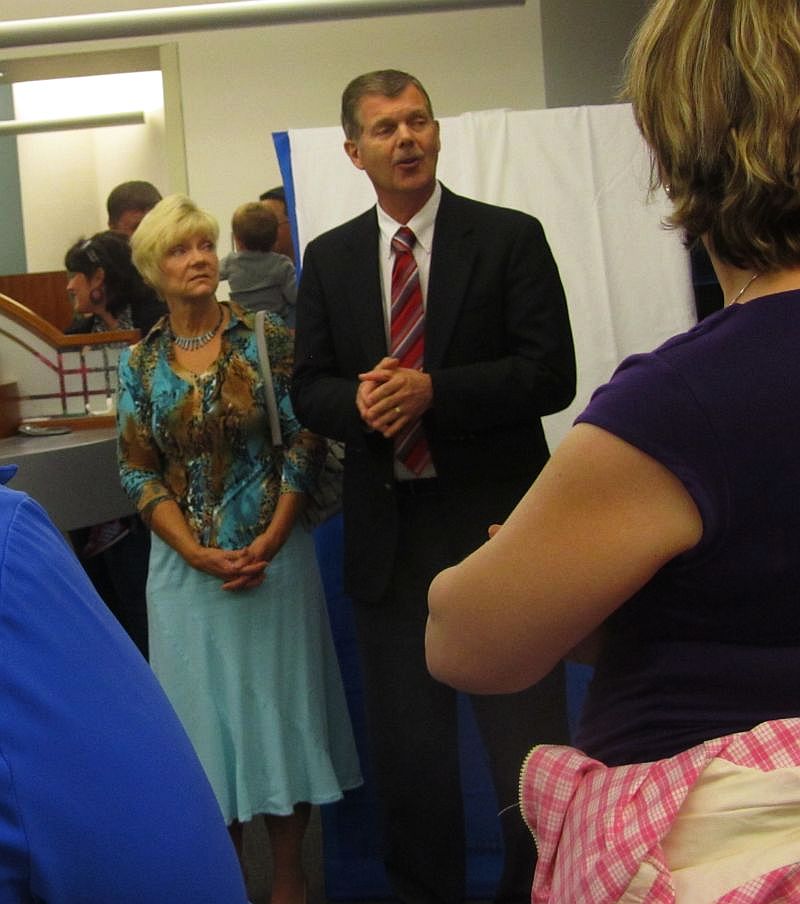 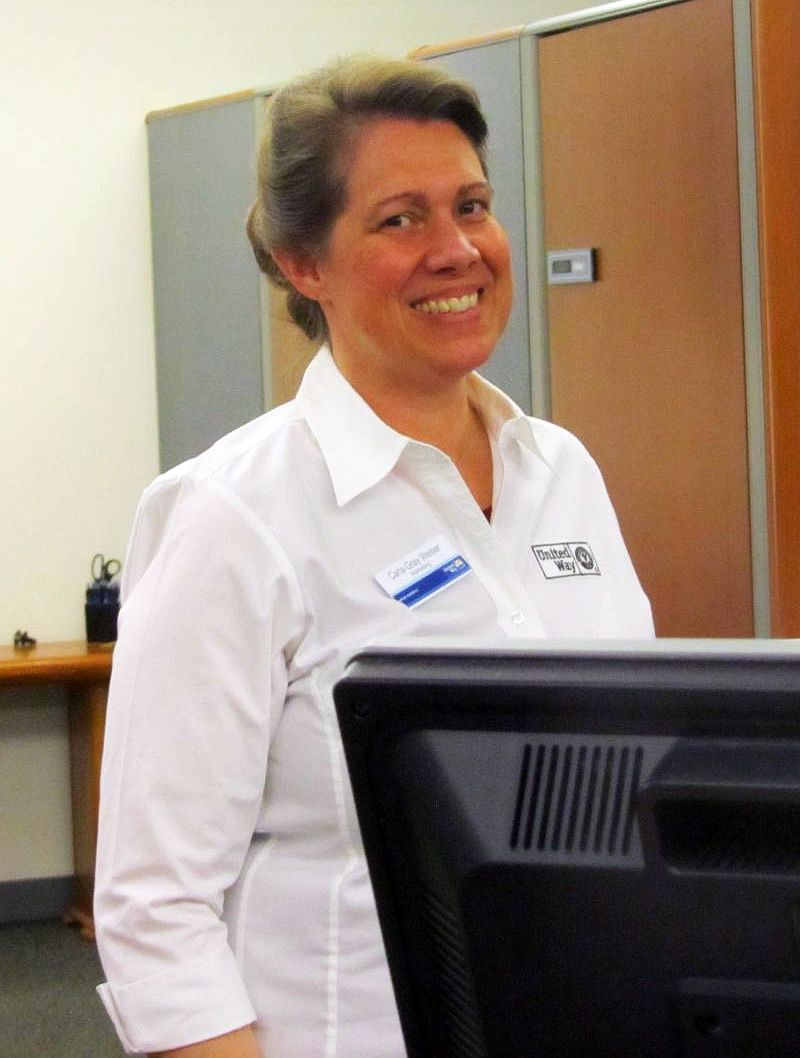 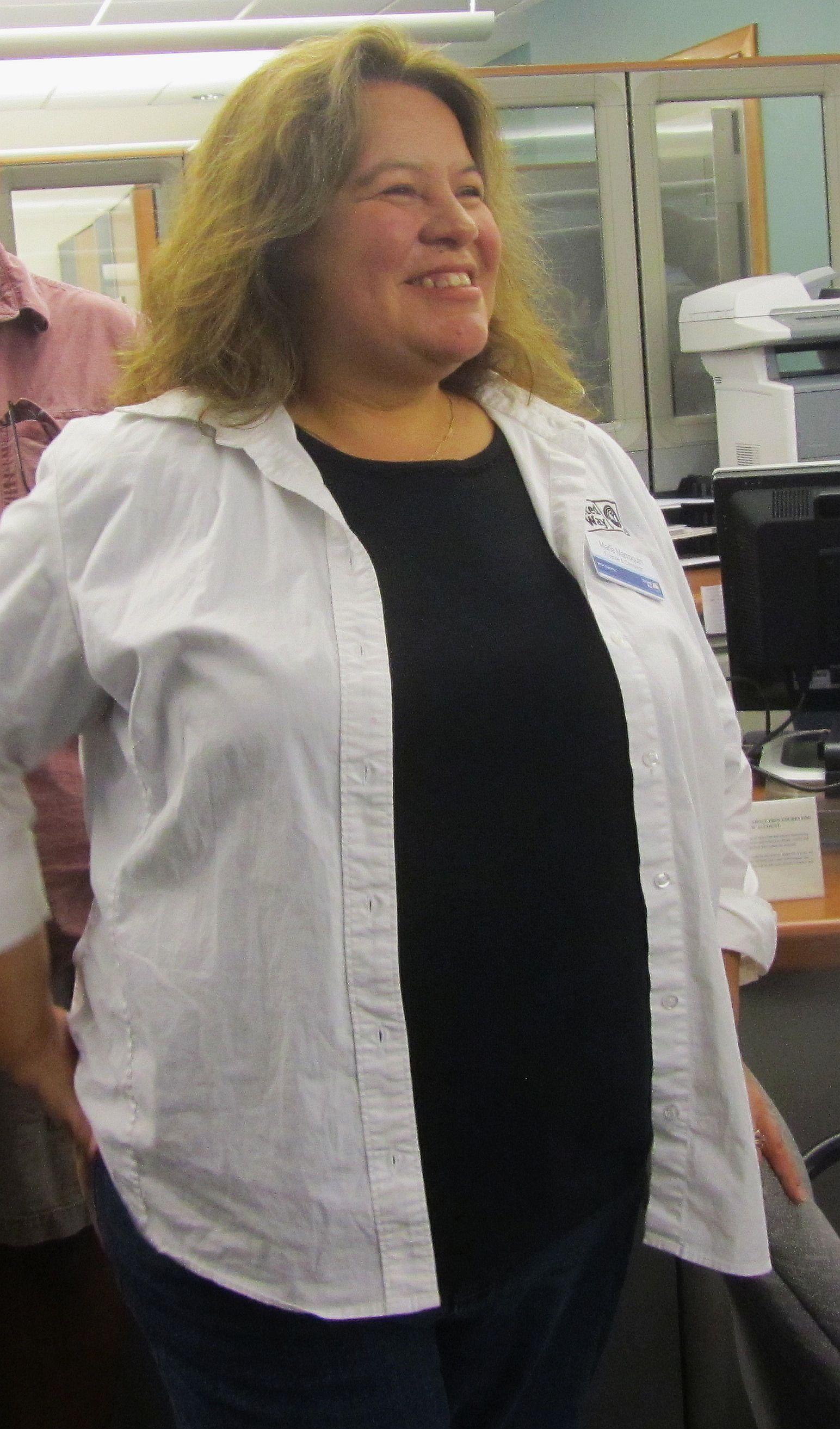 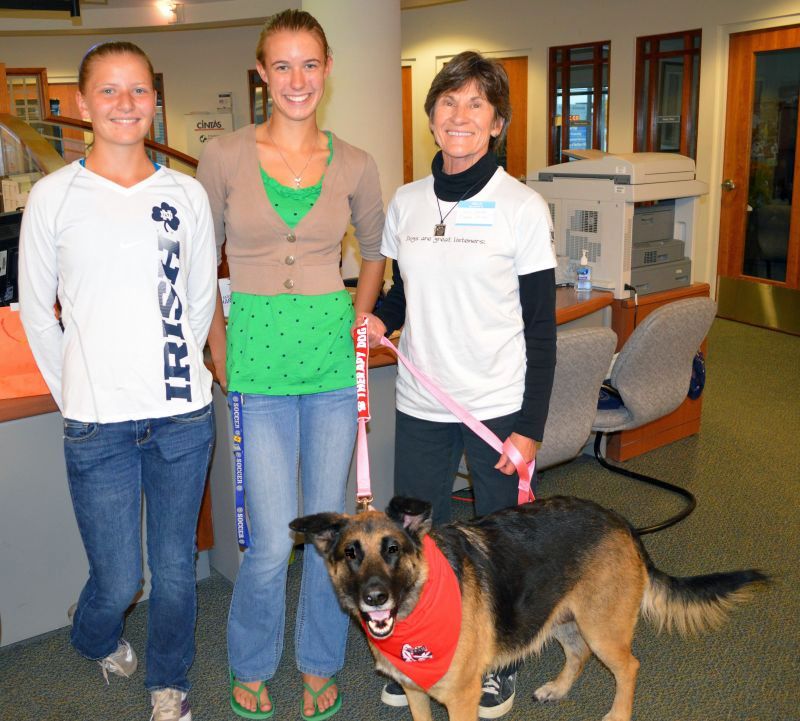 From left, Laura Wendelberger and Jordan Ahlers of the United Way Youth Team with Jean Garlie of the Chama Valley Humane Society and her registered therapy dog Shep. Shep serves on the United Way sponsored WAG ‘n READ program, which helps children to improve their reading skills by encouraging them to read to a dog. Photo by Carol A.Clark/ladailypost.com 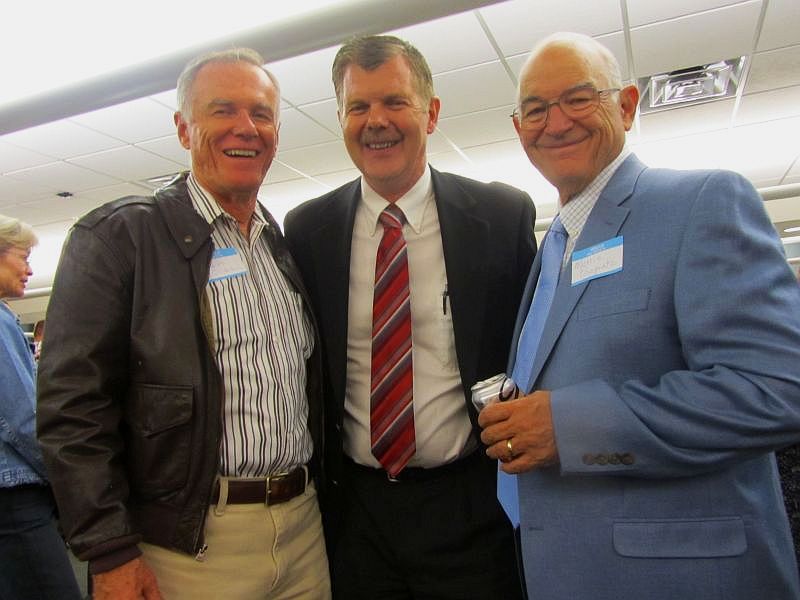 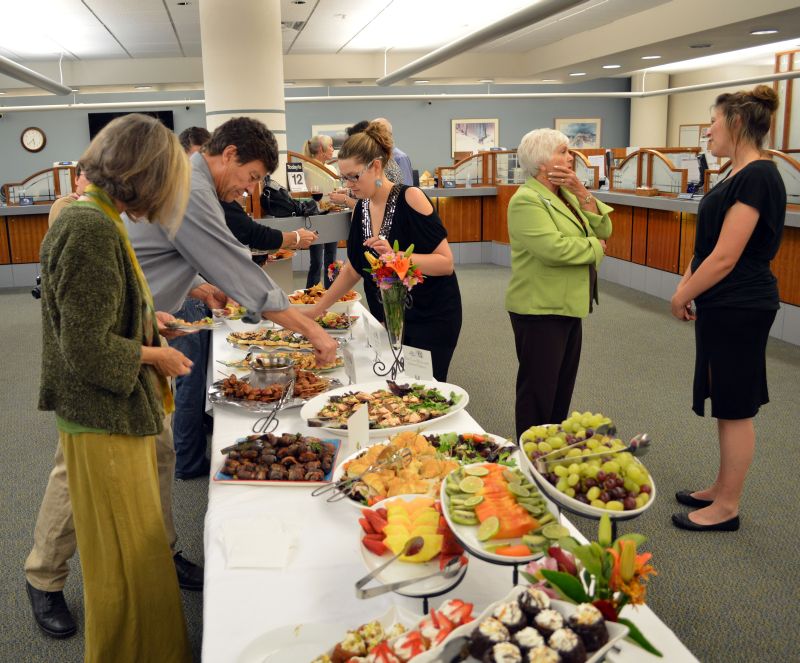