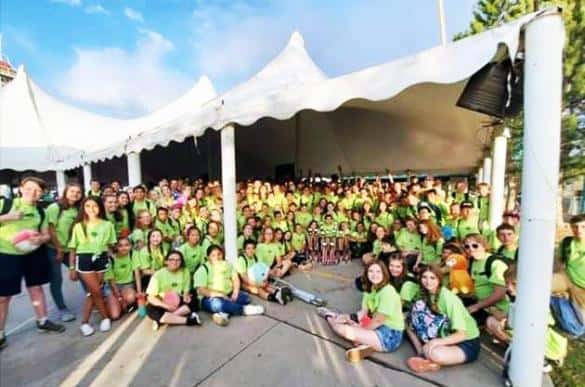 LAMS music students shine and bring home multiple awards over the weeked at the Music in the Parks competition in Denver, Colo. Courtesy/Lindsay Alexander

Awards won over the weeked by LAMS music studetnts in performances at the Music in the Parks competition in Denver, Colo. Courtesy/Lindsay Alexander

Within the Los Alamos Middle School Music Department, 192 students from various ensembles competed last weekend and won multiple awards at the Music in the Parks competition in Denver, Colo.

The Hawk Choir, under the direction of Jason Rutledge, received an excellent rating, placing fourth in their division. Yunseo Kim was recognized as the Top Student Accompanist in this ensemble.

The Symphonic Band, under the direction of Ryan Finn, received a superior rating, first place in its division, and the distinguished honor of Top Middle School Concert Band.

Also, under the direction of Finn, the Concert Band and Hawk Band received superior ratings and first and second place respectively in their division.

“I’m so incredibly proud of the entire music department. Every ensemble and every student did a fantastic job, performing musically beyond their years,” Finn said. “This kind of experience is great for the students in so many ways. A huge thank you to our students’ amazing parents, especially the 35 parent chaperones who helped out on the trip, the best school administration possible, and our incredibly supportive community here in Los Alamos.”

One of the band members said, “I feel like it [the Denver trip] made me want to work harder for next year. It showed me all the ways I can improve to become better at my instrument.”

The Concert Strings and Hawk Strings Orchestras, under the direction of Jeremy Bleich received superior ratings and first and second place in their divisions respectively.

Each ensemble that performed in Denver is scheduled to perform in the Spring Music Festival at 5:30 p.m. May 16 at Los Alamos Middle School.