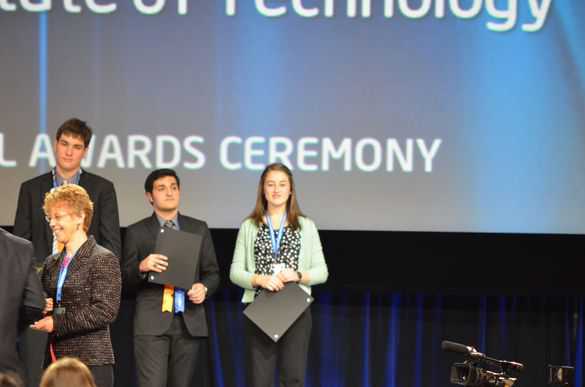 Los Alamos High School student Holly Erickson and her science project, “Intelligent Self-Assembling System using Robotic Cells” started out on a local stage but ended up on an international one.

Erickson, who will be a senior this year, participated in the International Science Fair held May 13-18 in Pittsburgh.

She competed in the electrical and mechanical engineering division and received a $60,000 scholarship to go to Florida Technical College.

“It was a phenomenal experience,” Erickson said. “I got to meet tons of people … and I had a ton of fun.” 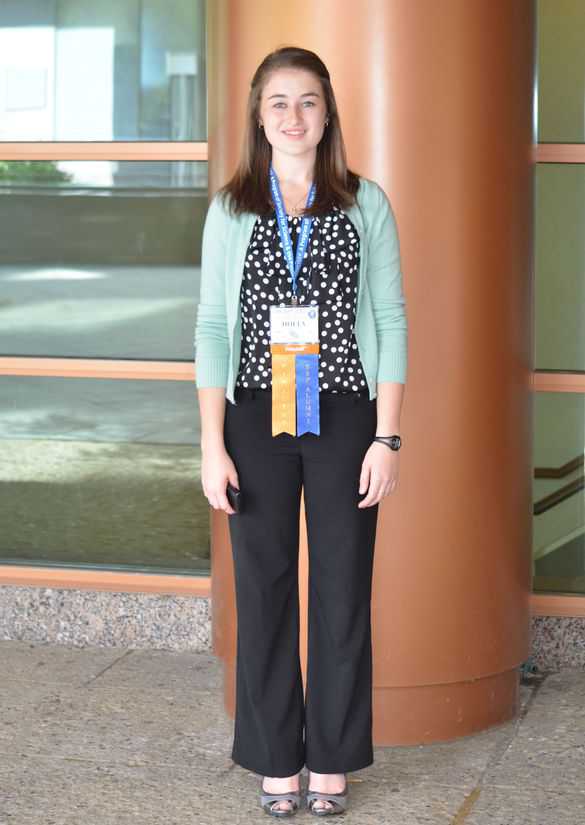 The event included setting up projects, a pin ceremony during which participants exchange pins from their home state, judging, a public viewing and two award ceremonies.

In order to earn a place in the International Science Fair, Erickson said she participated in the county science fair before moving on the regional fair.

If a competitor wins first in their category and then grand champion, which Erickson did, they win a spot at the International Science Fair.

Erickson also competed in the state fair, where she won third place in her category.

She is no novice to science fairs; Erickson said she has competed in the fairs since second or third grade.

This is Erickson’s second time at the International Science; she, along with her brother, Ryan, went to the competition as a freshman two years ago. 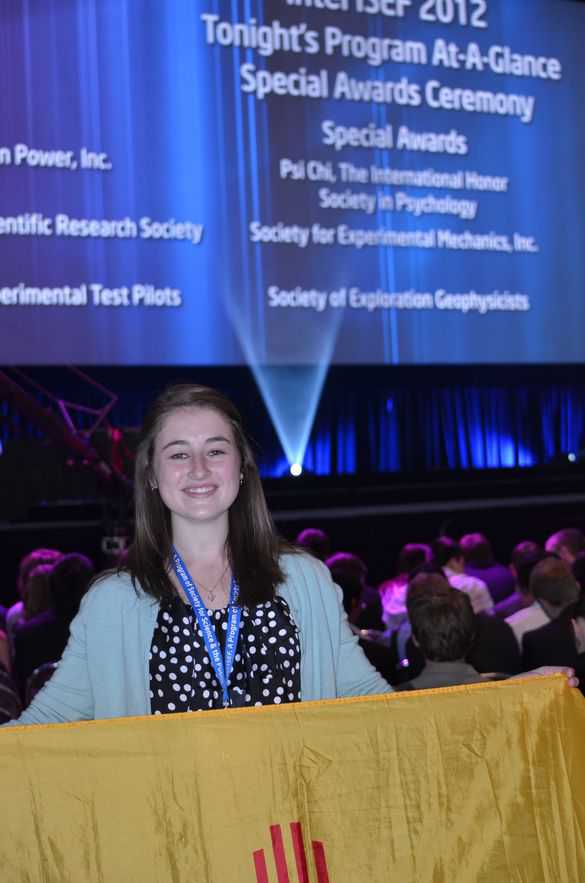 When her family learned she would be returning to the international event, Erickson said, “They were really excited for me.”

She added she enjoys the whole experience – from working on the project to the competitions. “Every year I’ve learned different things for my project.”

For instance, Erickson said she has learned more about engineering, software and interacting with people while working on her newest project.

“I definitely enjoyed the entire thing,” she said.

It’s an experience she encourages others to have, adding that science fairs offer tons of opportunities that can’t be found elsewhere such as job opportunities and stronger resumes.

“You also get to learn a lot,” she added, saying it is a chance to pick a field and study what you want, rather than being forced to study something in school.

“A lot of people are put down by the amount of work involved but it definitely pays off – it’s an opportunity of a lifetime,” she said.