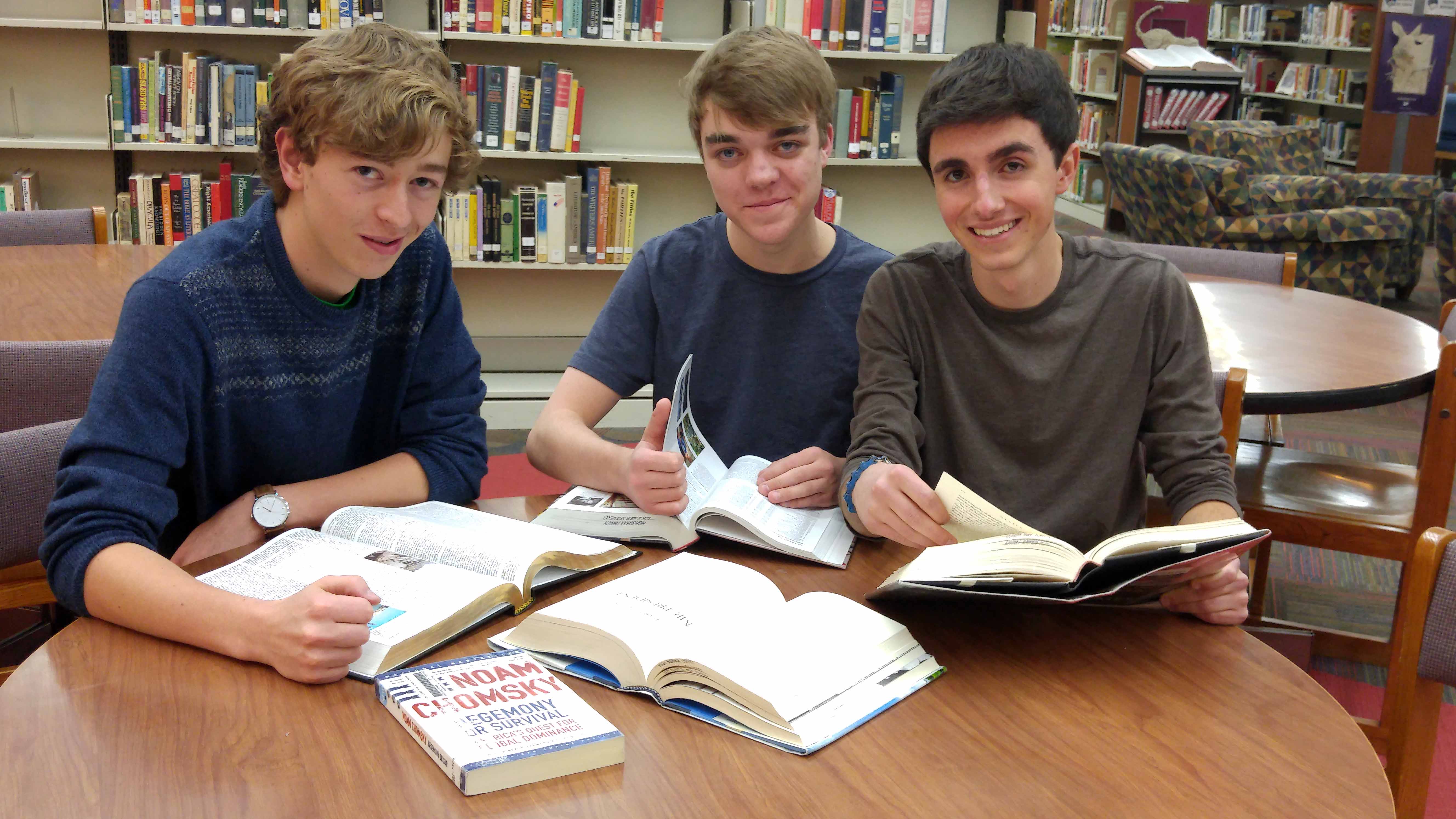 Hilltalker team members Will McCumber, Cade Mallett and Nate Delgado have advanced to the top 32 of the International Public Policy Forum competition. Courtesy/LAHS

Los Alamos High School Hilltalker coaches Margo Batha and Christine Engelbrecht are proud to announce that the team of Nate Delgado, Cade Mallett and Will McCumber has advanced to the top 32 of the International Public Policy Forum (IPPF) competition sponsored by the Bickel and Brewer Foundation.

This team of Hilltalkers has submitted several extensively researched cases on the topic of “Resolved: Genetically modified organisms are essential to global food security” to reach this milestone.

In this top 32 round, Delgado, Mallett and McCumber will engage in written debates with Bob Jones High School in Madison, Ala., during the month of January with the goal of advancing to the top 16.

Founded in 2001 by the law firm of Brewer, Attorneys & Counselors, the International Public Policy Forum (IPPF) is the only contest that gives high school students around the globe the opportunity to engage in written and oral debates on issues of public policy. Now jointly administered by the Brewer Foundation and New York University, this program is available to all public and private high schools for free.

The competition begins in October, as each school submits a qualifying round essay on the IPPF topic. The essay should be no more than 2,800 words, either affirming or negating the topic resolution. The IPPF Essay Review Committee evaluates each essay, and the top 64 teams earn cash awards and advance into a single-elimination, written debate competition.

In the top 64 round, schools volley papers back and forth via e-mail.

In March, the “Elite 8” teams are announced. These teams win all-expenses-paid trips to New York City to compete during IPPF Finals Weekend. During the finals, teams supplement their written advocacy with oral argumentation.

Ultimately, the IPPF Champion wins a $10,000 grand prize and the Brewer Cup.