LAFSF: Dr. Eric Ferm Presents ‘Images Of God In The Bible, Art And In Our Scientific Work’ At Kelly Hall Wednesday 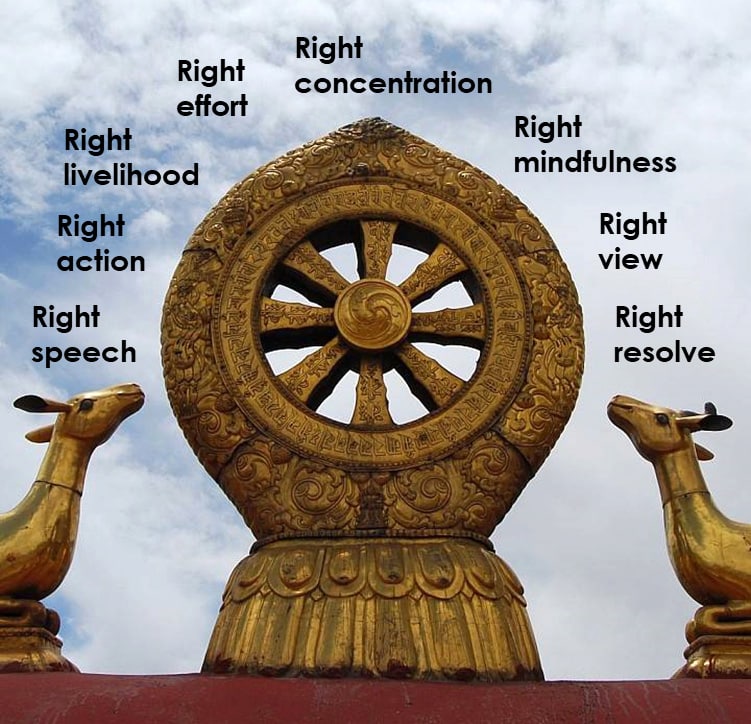 Last Wednesday the Los Alamos Faith and Science Forum (LAFSF) attendees heard former LANL physicist, Dr. John Ambrosiano, speak on “The Science of Buddhism”. He said that Buddhism, considered one of the world’s four great religions, is at its core not a religion at all. Professed to be non-theistic (neither atheistic nor agnostic) it is a blend of spirituality, eastern philosophy, and empirical psychology. Its spiritual roots lie in the mystical traditions of India, to which the historical Buddha (Siddhartha Gautama) added his own unique perspective.

Dr. Ambrosiano spoke of how Buddhism came to be, the Buddhist philosophy, Buddhist psychology, and Buddhism and physics. Buddhism is a non-theistic blend of religious tradition, spirituality, Eastern philosophy, and empirical psychology. After much searching and contemplation, the Buddha discovered the source of suffering. He found that suffering is inevitable because life is problematic. However, human beings needlessly add to their suffering by taking misfortune personally, clinging to what they want and pushing away what they don’t, fundamentally misunderstanding the nature of experience, and especially the belief in an enduring, independent self.

The Buddha provided a path (the Eightfold Way) that avoids unnecessary suffering by seeking to lead a virtuous life, developing one’s concentration and powers of observation, and cultivating wisdom though direct insight. Dr. Ambrosiano spoke of the psychological benefits of mindfulness – paying attention to what’s happening in the moment rather than being lost in memories or in projections of the future.

At 6 p.m. Wednesday, June 15 at Kelly Hall, former LANL scientist Dr. Eric Ferm will speak on “Images of God in the Bible, Art and in our Scientific Work”. On the sixth day of creation as reported in the first chapter of Genesis, God said, “Let us make humankind in our image, according to our likeness; . . .”. Why does the Bible have God speaking in the plural case (“us” and “our”)? What insight into Gods’ image do we find by examining who we are and the self-images we gift to the world? What glimpse of each of our beings enlightens our image of God?

More information can be found at the website www.losalamosfaithandscienceforum.org. Join the Zoom meeting at https://us02web.zoom.us/j/84567890081?pwd=-BC9PuySlP7_6aL0R2ecinNogJ3Krz.1