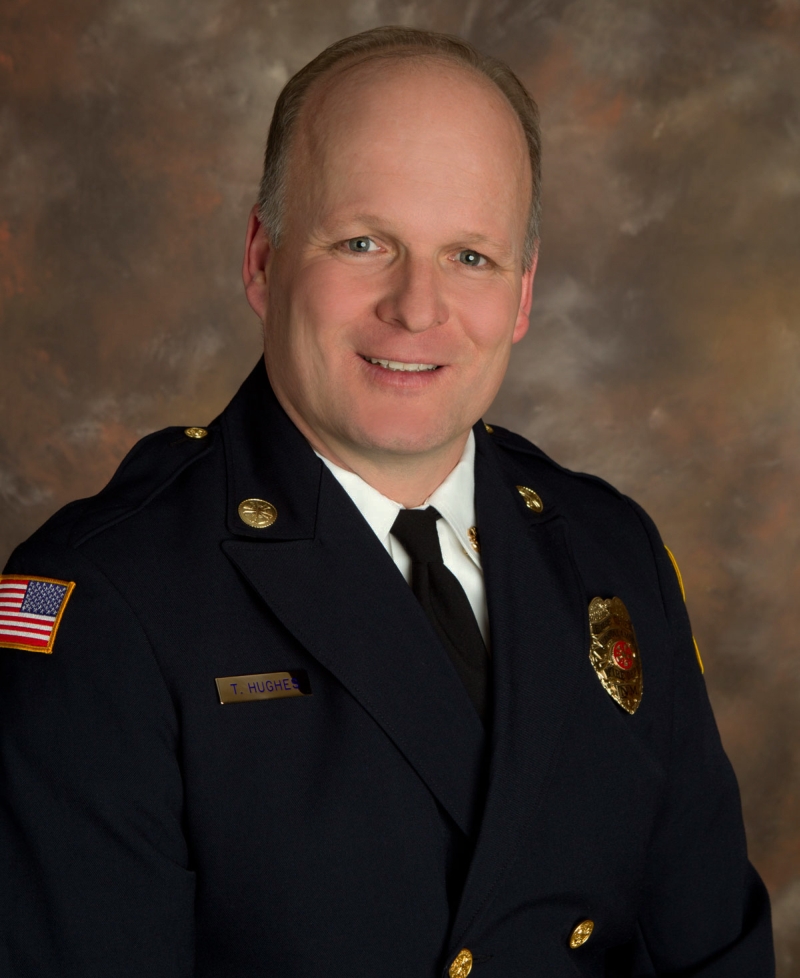 The County contracts with the Kiwanis to provide the fireworks for the popular, family-friendly annual event held at Overlook Park in White Rock each Independence Day. At this point, the fireworks display is scheduled to go on as planned; however, Hughes stressed that many public safety and fire-wise considerations have been taken into account in the early planning stages.

“We worked closely for several months with members of the Kiwanis Club responsible for the fireworks show, especially with the extremely dry conditions that we have around the county right now,” he said, adding that it was not an easy decision for any of those directly involved to decide to proceed.

“We arrived at this decision only after painstaking work and the cooperation of many,” Hughes said.

LAFD worked with other County divisions and experts in the field evaluating conditions surrounding Overlook Park, he said.

“We worked with explosives testing experts from LANL and conducted a thorough hazard analysis,” Hughes said, “Right now we’re completing a fuel mitigation project within the identified hazard zone to make the area even safer before July 4.”

Hughes stressed that, if the County does not support the Kiwanis’ annual fireworks display, there is a greater risk for unplanned and unregulated fireworks to be launched by residents desiring to celebrate the holiday in their back yard instead. With limited resources to patrol every square mile of Los Alamos County, especially with dry forested areas nearby, keeping track of hundreds of smaller fireworks displays would be problematic, he said.

“Recently, Gov. Martinez released a message state-wide, urging citizens to attend community-sponsored fireworks displays, rather than having private parties with fireworks,” Hughes said. “We support the governor’s approach. Even though this is a large event, because we know the space and surrounding property, we will have a better idea of the layout, ingress and egress into the park can be controlled, and we can have our resources there, ready to go if an emergency response is needed.”

Hughes said he is cautiously optimistic that the display will still be a “go” on July 4, although the long-range forecast for the State shows little precipitation headed to Northern New Mexico. Part of the criteria that was developed in concert with the Kiwanis involved setting maximum wind speeds as a pivotal decision point before the fireworks could launch that evening, and Hughes said he hoped the public would understand the reasoning behind any last-minute cancellation.

“High winds would cause us to make a game time decision that we need to stop the display,” Hughes said. “Our hazard analysis was based upon a maximum wind speed of 15 mph, so if we experience wind speeds above 15 mph, we will not allow the show to begin.”

Hughes said he hopes that weather conditions will be favorable and that even if they aren’t, the community will turn out to support the Kiwanis and enjoy festivities at the park with family and friends that afternoon.

“If we all work together, we can keep this Independence Day safe and enjoyable for everyone,” he said.