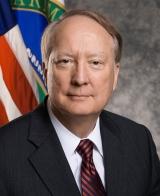 WASHINGTON, D.C. –  Safety is paramount at the National Nuclear Security Administration (NNSA). We have uncompromising standards for our plants and laboratories to perform work in a safe and secure manner that protects our employees, our facilities, and the public.

An article published Sunday by the Center for Public Integrity (CPI), the first in a planned series on safety at NNSA sites, attacks the safety culture at Los Alamos National Laboratory (LANL) without offering all of the facts and the full context.

In 2013, LANL, in consultation with NNSA, paused operations at the Los Alamos Plutonium Facility (PF-4) due to concerns with the criticality safety program. The decision to pause operations in an important national security facility was made to remedy issues associated with staffing, operational discipline, and safety documentation.

NNSA held LANL accountable for these issues. From 2013 through 2016, NNSA withheld more than $82 million in fee payments as a result of a range of safety and operational issues at Los Alamos.

Since 2013, however, LANL, with close and detailed oversight by NNSA, has made progress in improving the safety of plutonium facility operations. LANL has increased criticality safety staffing and demonstrated improvements in its performance of operational tasks.

LANL also has worked closely with NNSA to minimize the impact on the critical national security missions at the laboratory. Throughout the pause in operations, LANL maintained its ability to certify the safety and reliability of the nuclear weapons stockpile. By late 2016, the plutonium facility had resumed all operations that had been paused in 2013. The plutonium facility is now producing developmental pits and is on track to fabricate war reserve plutonium pits that will be used in future life extension programs beginning in the mid-2020’s.

There has not been a nuclear criticality accident at a Department of Energy nuclear facility in nearly 40 years. When safety concerns are identified, our focus is to determine the causes, identify corrective actions, and minimize recurrence. This focus on continuous improvement is apparent in our safety statistics over the past decade. Our safety record – while working with complex, high-hazard nuclear materials in aging infrastructure – is the result of a professional workforce that puts safety above all else.

Center for Public Integrity
First In A Series On Safety At NNSA Sites:
WASHINGTON, D.C. — An extended shutdown of the nation’s only laboratory for producing and testing the plutonium cores for nuclear weapons has taken a toll on America’s arsenal, with key work postponed and delays looming in the production of components for new nuclear warheads, according to government documents and officials.
That’s one of the many startling findings of an investigative report published today (Sunday) in the Washington Post by the Center for Public Integrity, the Pulitzer-prize-winning news organization.

The nuclear facility is located at the Los Alamos National Laboratory in New Mexico, the birthplace of the U.S. atomic arsenal. The lab’s director ordered the shutdown in 2013 after the Washington official in charge of America’s warhead production expressed worries that the facility was ill-equipped to prevent an accident that would kill its workers and potentially others nearby.

“These laboratories are less safe than they could be,” said Jeff Smith, who edited and co-wrote the investigative series. “These are avoidable errors and the contractors are not being penalized. Instead, they’re being rewarded handsomely to produce these parts in an atmosphere where safety is not the top priority.”

The Los Alamos incident is particularly troubling. “This was one of those issues where human nature came into play with a very dangerous material,” said Patrick Malone, who helped write the series. “A couple of workers wanted to take pictures of some plutonium rods they had cast. They ignored all the warnings and crammed these things in very closely together and nearly set off a nuclear chain reaction by accident. It would have been lethal for them and likely anyone else in the room.

The five-part groundbreaking investigative series, “Nuclear Negligence,” will be published today and over the next week by the Center for Public Integrity—the Pulitzer-prize-winning investigative news organization. Through exhaustive use of the Freedom of Information Act, and dozens of interviews with whistleblowers and industry experts, CPI gained access to a trove of internal documents substantiating major safety incidents at many sensitive facilities around the country, all vital to the weapons modernization program of interest to the Trump administration.

The year-long Center for Public Integrity investigative series, breaking this week and next, also reveals:
The series is edited and co-written by CPI’s Jeff Smith, who worked as a writer and investigative editor for 25 years at The Washington Post, and who won the Pulitzer Prize for Investigative Reporting in 2006.
He’s joined by an award-winning reporting team including CPI’s Patrick Malone, who spent 20 years reporting on justice, politics and other matters for newspapers in Colorado and New Mexico, and Peter Cary, a former veteran investigative journalist and editor at U.S. News & World Report.
Menu
Los Alamos
48°
Fair
7:22am6:15pm MDT
Feels like: 45°F
Wind: 7mph S
Humidity: 49%
Pressure: 29.89"Hg
UV index: 0
WedThuFri
54/34°F
59/39°F
63/41°F
Weather forecast Los Alamos, New Mexico ▸