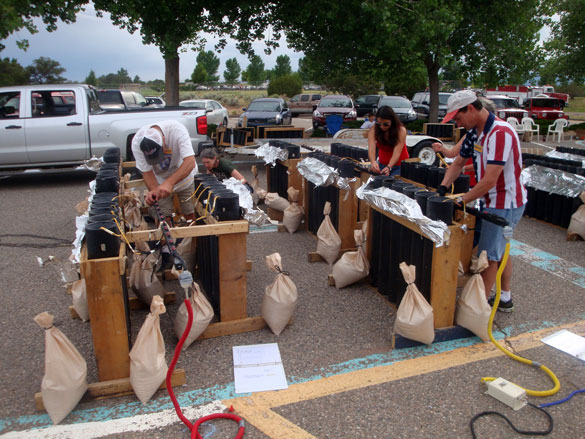 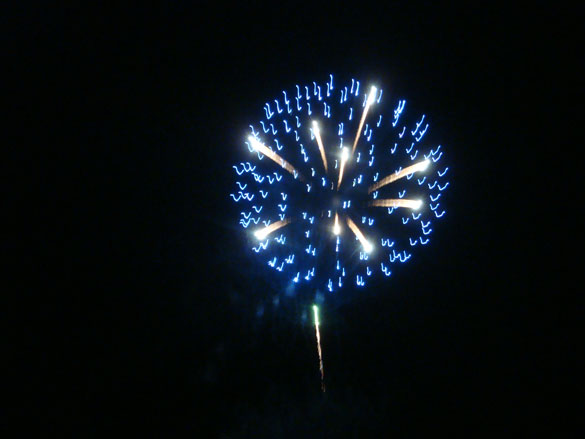 A beautiful display of lights and color at Saturday’s 4th of July Kiwanis Fireworks. Photo by Don Casperson
By CHARMIAN SCHALLER
Kiwanis Club of Los Alamos

When the last shell had burst in the sky above Overlook Park on the Fourth of July, and all the equipment had been put away, Pat Soran, chairman of the Kiwanis Fireworks Committee, went home happy.

Soran took time later to analyze just what it had taken to produce the show. He reviewed the required magazine (shell storage) inspection; the Alcohol, Tobacco and Firearms inspection; planning and programming for the show; set-up and testing; squibbing (the addition of special electronic fuses to each shell); moving of shells and equipment from storage to the firing site; set-up of the equipment; the show itself; breakdown of the equipment and its return to the storage area after the show was over; and cleanup of the firing area.

He found that the fireworks show was the result of 497 person-hours of work. Many people were involved. For example, 16 people worked on squibbing for four hours Saturday, June 28. Thirty-one people helped with the moving, set-up, firing, breakdown, storage and cleanup that took place on the day of the show—starting work at 10:30 a.m. and heading home after 11 p.m.

Their work paid large dividends. People on the firing line could hear the roars of delight from an enormous crowd as exploding shells painted the sky. And the show also was financially successful.

Kiwanis Treasurer Cindy Eaton said that income from $5-per-adult donations at the gate came to $23,872. (The show was free for children 12 and younger.) The money will be used, in large part, to pay the cost of shells in 2016. The tally was down a little from 2014, when people donated $25,711.35 at the gate, but it was still a very healthy amount.

Eaton said that 32 people—well over half the total membership of Los Alamos Kiwanis— worked at the gates on the Fourth.

Then there were the vendors who paid for booths on the field where the crowds of spectators gathered to watch the event. Don Casperson, chairman of the Kiwanis Vendors Committee, provided this list of vendors and their payments: 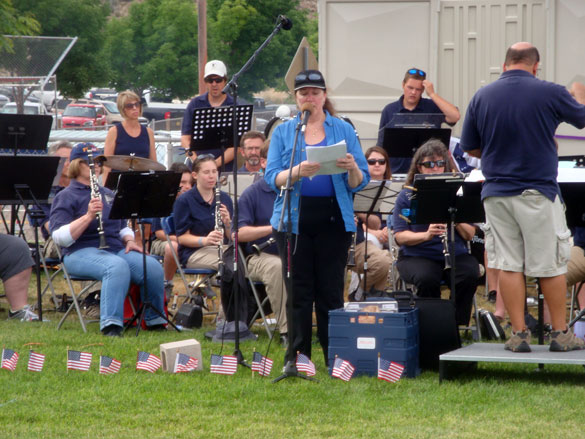