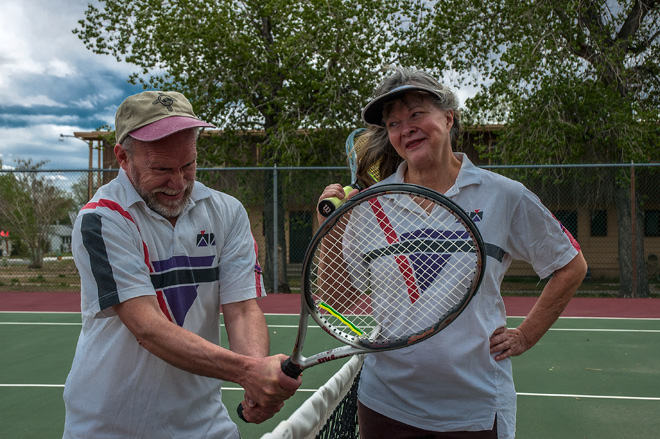 The Los Alamos Arts Council’s next feature in the Brown Bag Performance Series will be “A Short-Play Sampler” written by local playwright Robert F. Benjamin, directed by Beth Kennedy Jones and performed by local actors.

The sampler consists of three short plays each presented as a concert reading. The event will take place at noon, Wednesday June 5 at Fuller Lodge. All performances in the Brown Bag Series are free and open to the public.

While many theater patrons attend theater purely for entertainment, a live stage play can also be the beginning of a conversation. The June 5 event will be “Interactive Theater,” meaning there will be discussion with the audience immediately after each of three play performances.

The opening play is Treason, a work of historical fiction about a momentous, yet little-known event of January 1777. Roxanne Tapia will perform Mary Katherine Goddard, a real, unsung heroine of the American Revolution. Also in the cast is Warren Houghteling as the fictional Edward, an energetic patriot urging Goddard to convince her brother, a Baltimore printer, to re-publish the Declaration of Independence.

The problem is Goddard doesn’t know her brother’s whereabouts, so she offers Edward a bold solution for publishing the foremost document of the Revolution. Edward initially finds her proposal outlandish. Based on real historical events, this play is rife with mind-tickling anachronisms and early seeds of American feminism.

No Easy Shots is the second of three plays. A long-married couple has been faltering as a tennis doubles team. Can Jeff accept his diminishing performance or find a way to enhance his game? How competitive can a codger be? Pat Beck and Eric Bjorklund will perform this light but poignant drama.

The final show of the program is Re-Stager, a solo performance by Warren Houghteling. A “stager,” who prepares a house for sale, has just completed preparation of a beautiful home. His boss abruptly orders it to be re-configured because a fundraising event must be held there on short notice.

When Stanley the Stager learns what the fundraiser will benefit, he explodes. Then he realizes how it might aid his ailing father.

Playwright Robert Benjamin has written nearly two dozen produced short plays in addition to several full-length plays. His newest full-length piece, Salt and Pepper, will be produced June 7-9 at the Toolshed Theatre in Dixon, for four performances only. Dixon is less than an hour from Los Alamos and Buffalo Tours is offering van shuttle service. Find further information and tickets at www.dixonplayers.com.