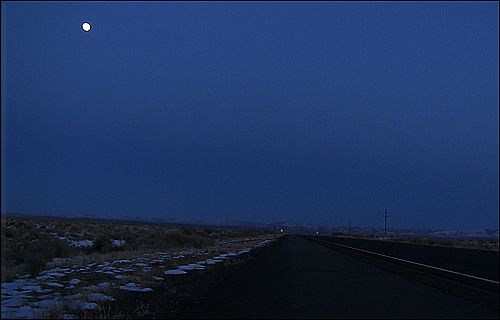 The uninitiated can get lost very quickly on the reservation. “When the sun goes down,” said a Navajo criminal investigator, “in some places on the reservation you can’t see your hand in front of your face.” Courtesy/FBI

Louis St. Germaine, a long-time criminal investigator for the Navajo Nation, has worked closely with FBI agents over the years and recalls the surprise many of them express when first coming to Indian Country.

“Sometimes agents expect to see street numbers and paved roads,” said St. Germaine, who was born and raised on the reservation. “Out here, you make one wrong turn at an isolated place and go a few hundred feet and you can get very lost very quickly.”

“And when the sun goes down,” said Malcolm Leslie, another Navajo criminal investigator, “in some places on the reservation you can’t see your hand in front of your face.”

From the most basic task of finding a crime scene to more complicated matters regarding language and cultural barriers, FBI agents in Indian Country depend on their local, federal, and tribal law enforcement partners. And our partners rely equally on us—for expertise, training, and other resources.

“I don’t think one can do without the other,” said St. Germaine. “Navajo Nation investigators—we’ve been here a long time. We are familiar with the area, the crimes, and the people. The FBI is well skilled in doing investigations. So we combine our talents, and it works well.”

St. Germaine was one of the original members of the first Safe Trails Task Force, which the FBI created in 1994 on the Navajo Reservation and has since expanded to 15 locations around the country. The idea is to unite the Bureau with other federal, local, and tribal law enforcement agencies to combat Indian Country crime.

Through the task force and other initiatives, the FBI provides invaluable training and equipment to tribal law enforcement. “It has helped us do our job,” St. Germaine said. “We are challenged financially on the Navajo Nation. The FBI supplies us with vehicles and other equipment. Without that contribution,” he added, “I think we would be in real serious trouble.”

“And without our tribal partners,” said Special Agent Lenny Johns, who supervises our Santa Fe Resident Agency, “it would be virtually impossible for the Bureau to accomplish its mission in Indian Country. Many times it’s just one FBI agent on the reservation dealing with a complex crime scene. The tribal criminal investigators and evidence technicians are critical to the process of conducting interviews and collecting evidence. Without them, we’d get very little traction.” 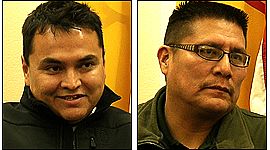 “The FBI brings resources that we’re in dire need of,” added veteran criminal investigator Leslie. “But they also bring knowledge.”

Leslie has received a variety of FBI training, both in the classroom and on the job at crime scenes.

Donovan Becenti, a Navajo Nation crime scene technician, has processed many crime scenes with the FBI’s Evidence Response Team (ERT) and has benefited from FBI training as well.

“The partnership is great,” Becenti said. “ERT out of Albuquerque is where I’ve gotten most of my training. Without them, I wouldn’t be where I am today as far as my skill level. And they also provide equipment—evidence collection supplies and whatever else I need to help get the job done.”

Becenti was recently presented with an FBI Director’s Certificate for his many years of helping ERT process crime scenes on the Navajo reservation. “When you work alongside someone for 12 straight hours on a homicide scene in freezing fog and sub-zero temperatures,” he said, “it builds mutual trust and respect.”

The Indian Country Unit at FBI Headquarters in Washington is charged with coordinating the Bureau’s investigative efforts and responsibilities on native lands across the country.

“Our mission is to develop and implement strategies to address the most serious crimes in Indian Country and to support our joint efforts with the Bureau of Indian Affairs and tribal law enforcement,” said Special Agent Michelle Gruzs, chief of the unit. “We also manage the Safe Trails Task Force program, which supports a variety of training opportunities throughout Indian Country.

The unit has the additional responsibility of implementing portions of the federal Tribal Law and Order Act. The 2010 law, designed to give tribal law enforcement greater control to fight crime in their local areas, also requires federal agencies working in Indian Country to report statistical information to Congress on an annual basis.

“We’re making progress on the reservations because we have strong partnerships at the local, tribal, and federal level,” said Gruzs, a former Indian Country investigator. “It’s all about working together.”

Next: A zero tolerance approach.

About This Series – Nationwide, the FBI is responsible for investigating the most serious crimes within Indian Country and has investigative responsibilities on about 200 reservations. FBI.gov recently visited New Mexico for a firsthand look at how the Bureau and our partners fight crime on tribal lands. 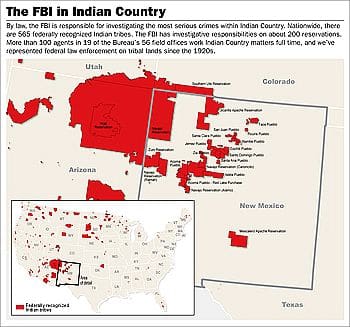