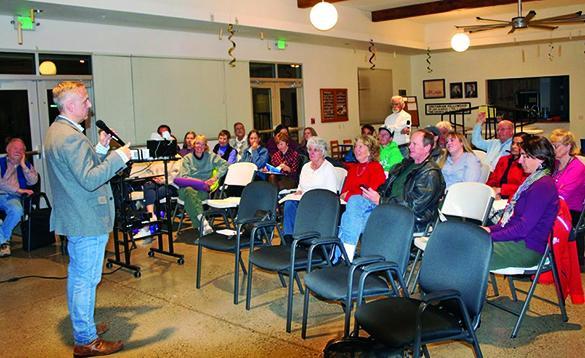 Blair left his post to run for Congress in August 2019.

He began with the good news.

“We’re ahead of most other states in the security of our election,” Blair said.

New Mexicans use paper ballots rather than voting machines connected to the Internet and the Secretary of State’s Office does a good job with election monitoring, in spite of being underfunded, he said.

Other states are not so lucky. Hackers not only interfere with total vote tallies, they also can hack registration information, disenfranchising some voters when their information doesn’t match their ID.

“We’ve never had great concern about people hacking New Mexico,” Blair said. “A lot of what bad actors do is undermine voters’ belief in the system. Once we had a situation where someone posted on social media that the power had gone out and election fraud was taking place in a county in southern New Mexico. Facebook removed the post once we alerted them.”

The Secretary of State’s Office investigates the motives of those posting election misinformation, Blair said. Are they true bad actors or just misinformed?

It’s important for states to work with the Federal government to prevent interference in elections, Blair said.

In 2016, we were unprepared for what happened and that has not been completely remedied, he said.

The Federal Government provides some funding for elections, but there are strings attached, Blair said.

States must adhere to federal election standards in order to receive the funds and some are unwilling to comply.

The attitude of state officials toward voter participation differs by state, Blair said.

According to Blair, New Mexico officials want to improve participation. Secretary of State Maggie Toulouse Oliver and her staff have been fighting to make it easier for New Mexicans to vote, Blair said.

The Office of the Secretary of State administers elections in New Mexico and most other, though not all states.

“They’ve secured same-day and automated voter registration across the state, and have shined a light on dark money in our elections,” Blair said.

Funds are needed to implement the “motor voter” provisions, where those people getting or renewing a driver’s license at DMV can register to vote at the same time, and same day voting at the polls, which will require verification equipment, Blair said.

“Registration used to close 28 days before the election, but now voters can register until the Friday before the election,” Blair said. “By 2021, you will be able to register and vote on election day. The goal is to make it as easy as possible for each person to vote.”

Mail-in balloting is another option being explored by New Mexico, Blair said. Although turnout has been increased in states using mail-in ballots, there are security concerns that need to be investigated and addressed.

“There is a political strategy of getting people pissed off at the government and doubting that we have a functioning democracy,” Blair said.

This discourages voting because people think it doesn’t matter, he said. 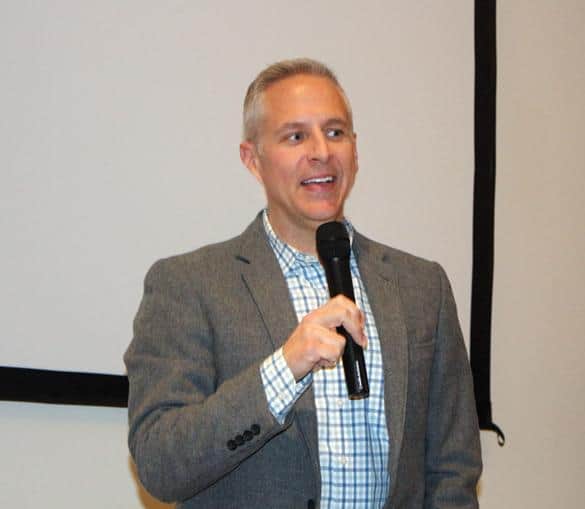