Owner/Broker James Chrobocinski of Zia Realty Group in the reception area of his offices on Trinity Drive near 15th Street Thursday. Photo by Carol A. Clark/ladailypost.com 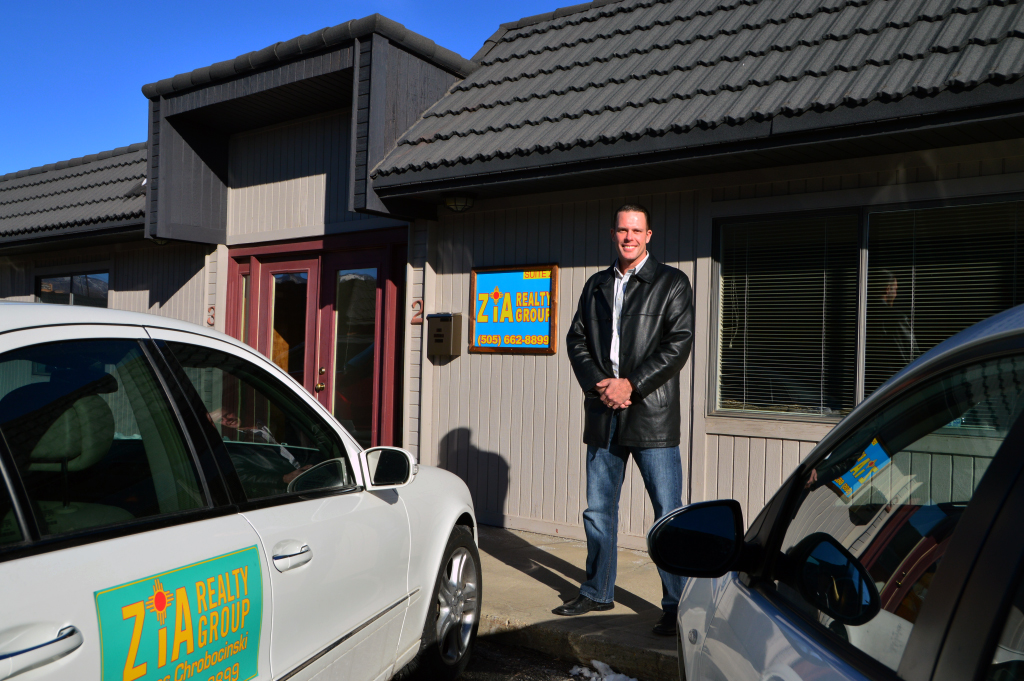 Owner/Broker James Chrobocinski of Zia Realty Group stands in front of his new offices at 15th Street and Trinity Drive Thursday. Photo by Carol A. Clark/ladailypost.com

After losing his mother last February and grandmother in 2010, James Chrobocinski decided it was time to come home.

Chrobocinski, 40, spent the last 26 years living in Corpus Christi, Texas. He had moved there from Los Alamos with his father Tom Chrobocinski after junior high school.

Chrobocinski’s ties to Los Alamos run deep. His grandfather and namesake James Bramble, 92, has lived in Los Alamos since the Manhattan Project era of the 1940s. His Grandmother Pat Bramble died in March of 2010.

Chrobocinski’s younger brother is Joe Foster who works in IT at Los Alamos National Laboratory and his wife Erica is a nurse at Sombrillo. His uncle Bill Bramble graduated from Los Alamos High School.

Chrobocinski’s career followed a similar path. He earned his nursing license and went on to work in healthcare management for 15 years before retiring a year and a half ago. Seven years ago, he began to dabble in real estate and discovered he had a real knack for it.

He also found that he wasn’t comfortable working for a company that was less than ethical in its practices so he opened Corpus Christi Realty Group-Padre Island.

“I wanted my company to operate under the highest ethical standards and I hired like-minded agents,” Chrobocinski said. “Because of our reputation, home buyers and sellers began to flock to us and that was very rewarding. I am a fair person with good management skills and I treat my agents well …  and many began to contact us, but we hired only those with honest reputations.”

In fact, Chrobocinski said that so many agents left the local REMAX office to join his company – REMAX on Padre Island folded.

His son Tyler, 21, runs the office for him while also attending college where he is studying chemical engineering.

Chrobocinski also has a 13-year-old son Cameron. Boys run in the family, he said. His grandfather was one of six boys, he has three, one of his brothers has twin boys and his sister has three sons.

Chrobocinski met his own wife while working in a large hospital in Corpus Christi. He was a registered nurse and Jacqueline was the charge nurse and his boss.

The Chrobocinski’s married eight years ago and have a son JJ, 6, who now attends Mountain Elementary School. JJ stands for James Joseph – in honor of Chrobocinski’s grandfather.

“She was my boss when I met her and she’s my boss now,” he said laughing.

Jacqueline is working as an ICU nurse at Los Alamos Medical Center. To keep his hand in healthcare, Chrobocinski works one day a week as a house supervisor at LAMC where he oversees the clinical side of the hospital during his shift.

After settling into his home and new life back in Los Alamos several weeks ago, Chrobocinski opened Zia Realty Group, 1460 Ste. 2 on Trinity Drive. Deborah Ulibarri was the first agent to sign on with him. He is replicating his formula for success and will have 10 “highly ethical” agents on board by Jan 1.

“It’s very important to represent our clients honestly,” Chrobocinski said. “One of the most satisfying aspects of the real estate business for me is to help first time buyers through the process of purchasing their first home. They are often really scared because they don’t know anything about it and it’s so rewarding to guide them and see how happy they are when the home becomes their own.”

Chrobocinski has big plans for Zia Realty Group. He intends to grow the Los Alamos office, open a Santa Fe office in 2013 and expand statewide within seven years, he said.

Chrobocinski also has plans to become involved in the community. In Corpus Christi he was very involved in nonprofits and politics and already started his local involvement last month by joining the Rotary Club of Los Alamos.

Chrobocinski can be reached at James@ZiaRealtyGroup.com or 662-8899. 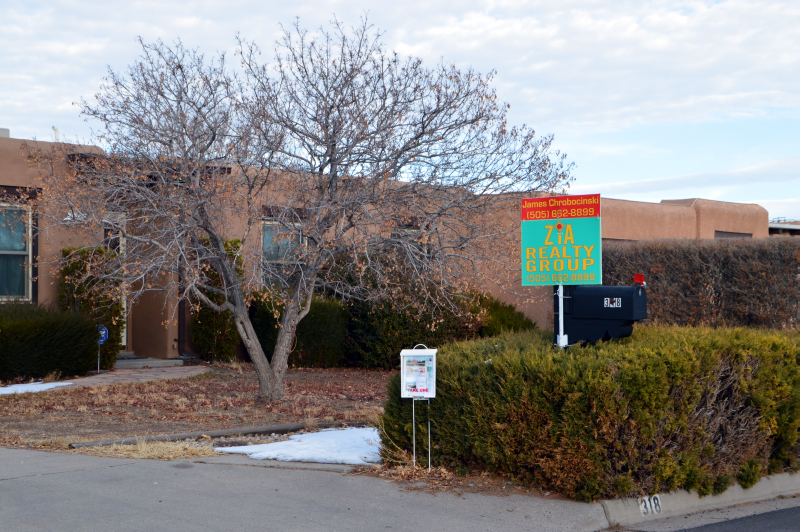 Zia Realty Group For Sale signs are cropping up around town including this one spotted in front of this home on Connie in White Rock Saturday. Photo by Carol A. Clark/ladailypost.com