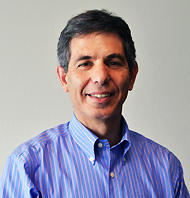 “The only time we close is for Thanksgiving.” Many years ago, while traveling through a city I have long forgotten, I had stopped for dinner at a Chinese restaurant, where I overheard the owner chatting with a departing couple. “You’re not closed for New Year’s?” the man persisted. The owner’s heavy accent seemed to thicken with his emphasis. “We only close for Thanksgiving. It’s the only day.”

This time of year always brings back to memory that brief exchange. I never found out why Thanksgiving was the only special day for this family. Maybe the reason is as ordinary as the lack of Chinese takeout business on this day. But somehow deep inside, I believe that Thanksgiving holds a special place in the hearts of immigrants, as it did to my family when we came to America.

My father, a careful observer of American culture, thought that Thanksgiving was one of its greatest inventions, a universal time to celebrate family and the goodness that life can bring. Other holidays with similar themes, like Christmas and Passover, are not celebrated by every American family, and patriotic days like Fourth of July or Memorial Day require a historical perspective that new Americans absorb over time as they shed their previous alternatives. But Thanksgiving, he thought we can celebrate with sincerity and fervor the moment we step on American soil. It was to him The American Holiday, unique to America and uniquely American.

Turkey itself, however, took some cultural adjustment. Growing up in Uruguay, beef was king and cheap and as much a daily staple as bread, and chicken was the featured meat reserved for holidays. I am positive that the first time I ate turkey meat was on American soil, and moreover, cranberries were so foreign to me and my family that I am still not sure what is the Spanish translation. I remember my mother as a very intuitive and creative cook, if not gourmet, someone who delighted in making adjustments to recipes that would fit any preference or dietary restriction.

However, preparing a turkey and stuffing was something so fraught with possible danger (imagine ruining a $20 piece of meat!) that she did not dare to experiment at all, and relied religiously on magazine recipes and neighbors for strict guidance. I suspect that is why along with the traditional Thanksgiving menu, she would always add some familiar dish from the old country, an island of familiarity in the middle of a bizarre and dangerous culinary sea.

To immigrants, the holiday of Thanksgiving, with its imagery of Pilgrims and Indians breaking bread together in abundance and friendship, is the symbol of the opportunity offered by a new land, the promise of success through hard work, the eventual acceptance and respect between native and foreign that immigrants pine for. I can imagine at dinner on a Thanksgiving long ago, a happy if tired Chinese family, the boisterous conversation around the table substituting for the shouting in a now silent commercial kitchen. In the middle I see two dishes within reach, an All-American turkey and stuffing centerpiece, a symbol of all that is fresh and full of promise, a communal bowl of Szechuan pork and rice, a symbol of what is comfortable and harkens to tradition, and the cranberry sauce, forlorn in the corner, waiting for someone to try just a bit.