Is Los Alamos School Board Imploding? 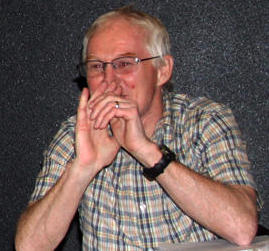 Los Alamos School Board Secretary Matt Williams seems to have vanished after he sent an email Saturday night to the School Board and copied the Los Alamos Daily Post. 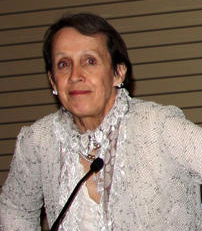 His email was directed to School Board President Judy Bjarke-McKenzie in which he wrote:

Judy – I request that you provide to the Board a schedule of every private meeting you have had with Mr. Schmidt (Superintendent Dr. Gene Schmidt) regarding his resignation, his apparent desire for rehire and even possible dismissal of his resignation, also his conversations with you about his desire to be interim Superintendent. I would request all dates, times and lengths of meetings you have had with the Superintendent; the issues discussed, and your comments on those issues, along with what the Superintendent has proposed to you and requested from you.

“Carol – this is Matt Williams, I’m secretary of the school board and I’d love to give you an interview on the current superintendent situation. I’m not sure if I’ll do it tomorrow afternoon or Monday afternoon but I’m ready to speak out about a few things and I’d love to talk to you about it, you can give me a call…”

Something appears to have happened since Williams made his offers to speak to the Los Alamos Daily Post. He has not responded to repeated attempts to set up that interview.

Bjarke-McKenzie also has not responded to a request for comment about Williams’ Saturday night email.

The Los Alamos Daily Post was able to reach Superintendent Dr. Gene Schmidt. He was not shown as copied on Williams’ email and said he had not received it. He explained that he would need to get a copy to read so he could understand what was being said before commenting. Schmidt is busy today with candidate interviews for the principal position at Los Alamos High School. He said he would try to have a comment by Tuesday.

Williams’ offer to speak out, then refusal to return calls adds to the mystery that has been mounting since the Superintendent tendered his resignation earlier this month – effective June 30. Schmidt gave no reason for resigning, confirmed that he was just a year from retirement and said the full support of the board was not there.

When asked at the time why Williams, board member Kevin Honnell and she were gushing over how great they thought Schmidt was – yet did not want to extend his contract – Bjarke-McKenzie said, “Dr. Schmidt is really good at public relations but there were some things from previous evaluations that he has not done.”

Board members Jim Hall and David Foster have been in support of renewing Schmidt’s contract and now there appears to be some type of division developing between Williams, Honnell and Bjarke-McKenzie. Williams is now stating that Bjarke-McKenzie has been having private meetings with the Superintendent without him or other board members present.

The School Board has scheduled an Executive Session at 4:30 p.m. Thursday at Mountain Elementary School and according to a recent LAPS press release will, “discuss limited personnel matters, specifically the resignation of Dr. Eugene Schmidt from the position of Superintendent and his potential assignment to another position.”