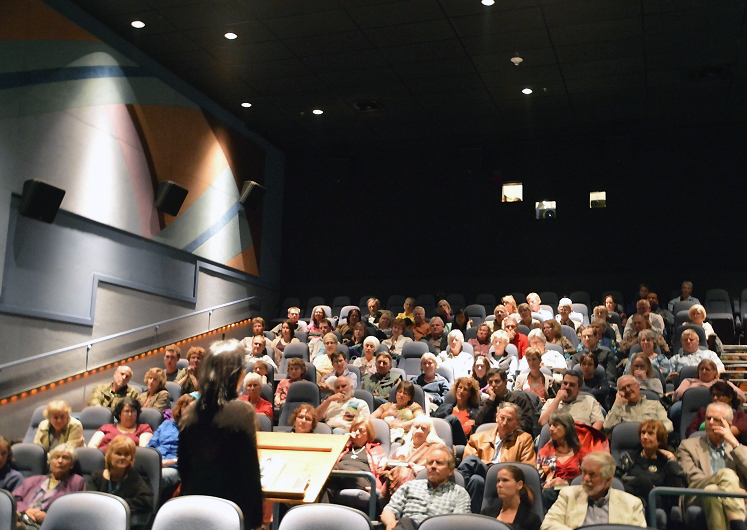 Author Anchee Min speaks at the Reel Deal Theater Sunday about her life and struggles as an immigrant. Photo by Carol A. Clark/ladailypost.com 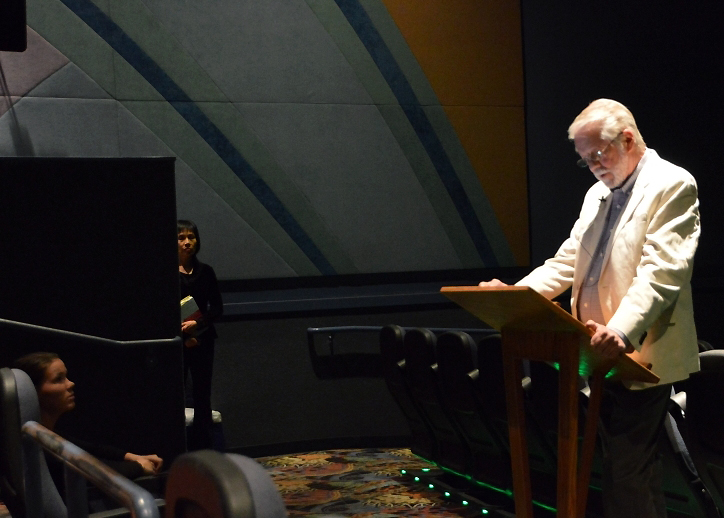 In 1994, Min made her literary debut with Red Azalea, a memoir of growing up in China during the Cultural Revolution.

Two decades later, after the publication of a number of well-received historical novels set in China, Min returned to her own story with her just published memoir, The Cooked Seed.

Min spoke to the local audience about the trials and triumphs of her immigration to America. She created a multimedia performance especially for her Los Alamos appearance. “An Evening With Anchee Min” that revealed a woman of incredible talents with an important story to tell.

After all the struggles Min went through to survive when first immigrating, she made sure her daughter learned to be well-rounded and self-sufficient. Her daughter learned practical skills including plumbing, carpentry and tire changing. She also learned ballet, gymnastics and piano. Min said that most of all, she ingrained in her daughter the importance of giving back to America – the country that has been so good to them.

At the end of her presentation Sunday, Min surprised her longtime Los Alamos friend Jim Nesmith, who organized her local appearance, presenting him with four of her original paintings.

Min explained that Nesmith was an immigration inspector she met when first arriving in America. He helped her get into a 6-month school with an intensive English program. His kindness allowed her to remain in America and eventually obtain her green card. She went on to marry and have a daughter, Lauryann, now in her third year at Stanford University.

Nesmith is president elect of the Rotary Club of Los Alamos, which sponsored Min’s Los Alamos appearance. All proceeds from both her performance and the sale of her book will go to Self Help, Inc. a local non-profit organization dedicated to supporting those in need in northern New Mexico since 1969. 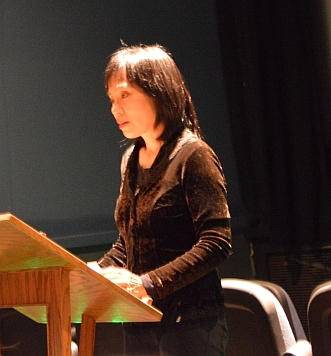 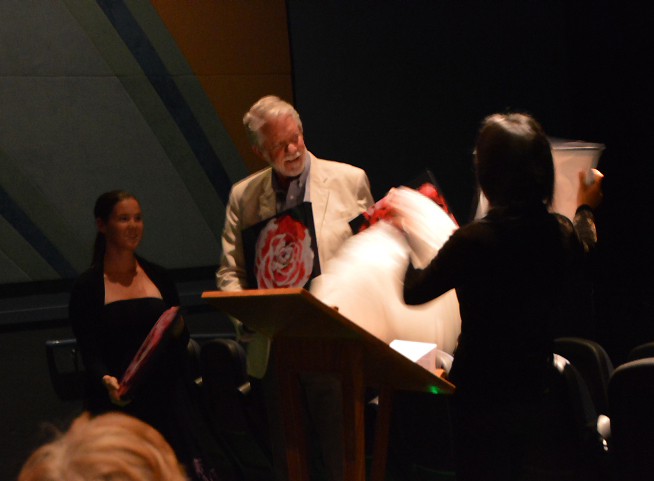 To thank him for helping her when she first immigrated to America, Anchee Min presented her longtime Los Alamos friend Jim Nesmith with four of her original paintings. Nesmith’s daughter Laura Nesmith looks on at left. Photo by Carol A. Clark/ladailypost.com 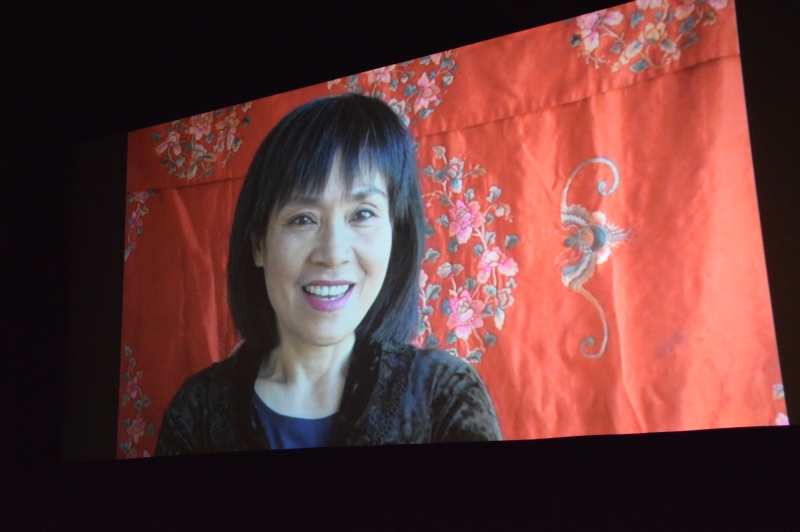 Author Anchee Min shared film clips of her life with the Los Alamos audience. Photo by Carol A. Clark/ladailypost.com 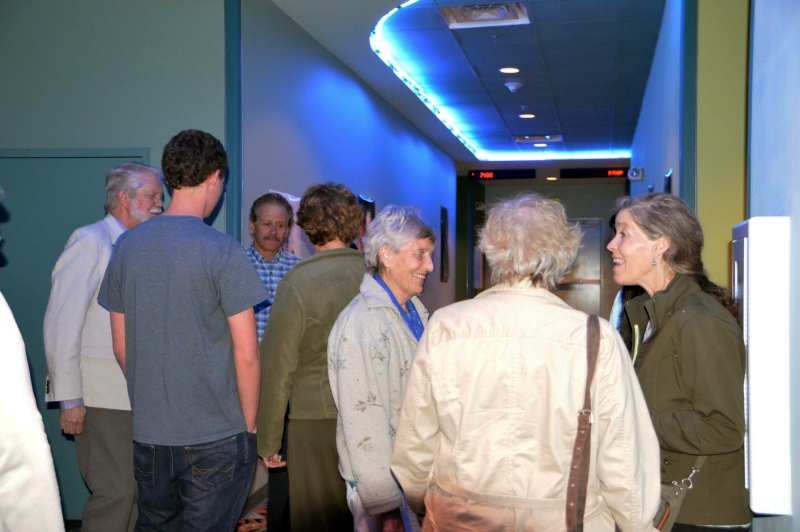 Executive Director Ellen Morris Bond of Self Help, Inc., right, chats with audience members in the hallway waiting for Anchee Min’s presentation to begin at the Reel Deal Sunday. Photo by Carol A. Clark/ladailypost.com 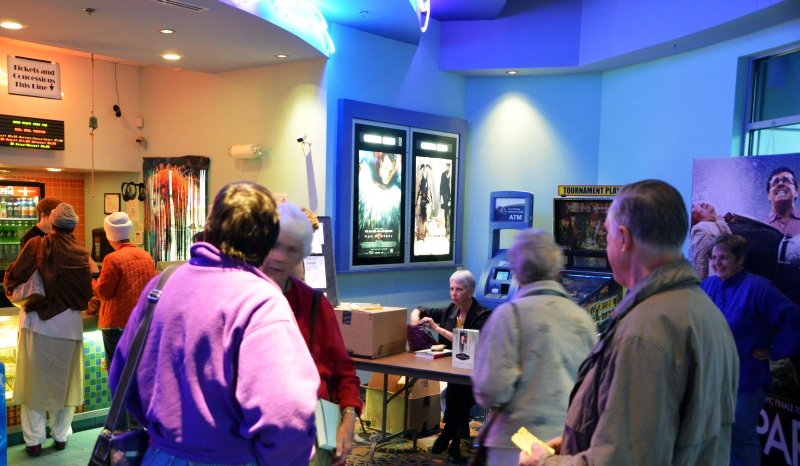