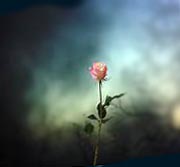 That shattered look is all too familiar to us in the newsroom at the Los Alamos Daily Post. Since being designated the Official Newspaper of Record by Los Alamos County in January, we’ve seen an influx of widows and widowers, parents and adult children in need of assistance in getting required legal notifications published.

There’s an unwritten rule in our newsroom when we see that look: Drop everything and give our undivided attention. So, it touched us all when a particularly devastated man entered our office recently. His wife of many decades had died. Under his arm was a file folder bursting with documents. He wasn’t clear as to what it was he needed to announce in our newspaper. There were moments where he turned as if to ask his wife, catch himself and turn back to us in sadness.

One of our reporters contacted an elected official for help and passed the phone to the man. They finished their conversation, which didn’t resolve the matter. In a few minutes the elected official walked into the newsroom. We watched as she gently guided the man through the various papers, repeating answers to his questions without a glimmer of angst. There was a form missing from his file, which led the official to assure him she would return shortly with everything he needed.

At one point he commented that he missed his wife dearly … but was so thankful that she was not the one left behind to handle all the legalities that come with the loss of a spouse.

The elected official returned with the needed document, sat patiently with the gentleman and slowly walked and re-walked him through the steps he needed to complete.

She shook his hand, he thanked her profusely and she smiled and thanked him back. As she neared the door to leave I whispered that her kindness toward the man was wonderful. She replied softly, “Oh it was nothing at all … when I’m old and frail someone will help me…”.