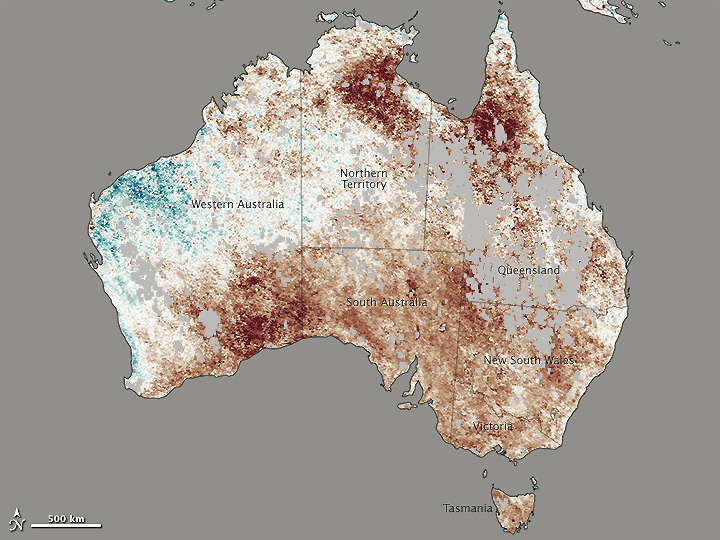 WASHINGTON, D.C. –- Human influences that drive global warming are likely to have played a role in Australia’s exceedingly hot summer of 2013, the hottest in that country’s observational record.

A new study shows that global warming has increased the chances of Australians experiencing record hot summers, such as the summer of 2013, by more than five times.

“Our research has shown that, due to greenhouse gas emissions, these types of extreme summers will become even more frequent and more severe in the future,” said Sophie Lewis of the University of Melbourne in Victoria, Australia, who is lead author of the study.

It is possible to say with more than 90-percent confidence, she added, that human influences on the atmosphere dramatically increased the likelihood of the extreme summer of 2013. Lewis is also with the Australian Research Council (ARC) Centre of Excellence for Climate System Science.

The study has been accepted for publication in Geophysical Research Letters, a journal of the American Geophysical Union.

The study used climate observations and more than 90 climate model simulations of summer temperatures in Australia over the past 100 years. Australia’s summer occurs from December to February, during the northern-hemisphere winter.

David Karoly, also of the University of Melbourne and the ARC Centre and co-author of the paper, said the observations, coupled with a suite of climate-model runs comparing human and natural influences in parallel experiments, indicate that Australia has experienced a very unusual summer at a time when it was not expected.

The combination of extreme heat, bush fires and flooding prompted Australians to dub last summer the “angry summer,” the researchers note in their paper.

“This extreme summer is not only remarkable for its record-breaking nature but also because it occurred at a time of weak La Niña to neutral conditions, which generally produce cooler summers,” Karoly said. “Importantly, our research shows the natural variability of El Niño Southern Oscillation is unlikely to explain the recent record temperatures.”

This analysis of the causes of the record 2013 Australian summer is one of the fastest ever performed worldwide for a significant climate event. This fast-response analysis was made possible because data from many existing climate models and observations were made available through Centre of Excellence collaborations with Australia’s Commonwealth Scientific and Industrial Research Organisation, Bureau of Meteorology and the National Computational Infrastructure (NCI). “The new data resource means scientists are able to work on understanding and addressing the problems of extreme climate events sooner,” Karoly said.

The ARC Centre of Excellence for Climate System Science and the NCI National Facility funded this research.