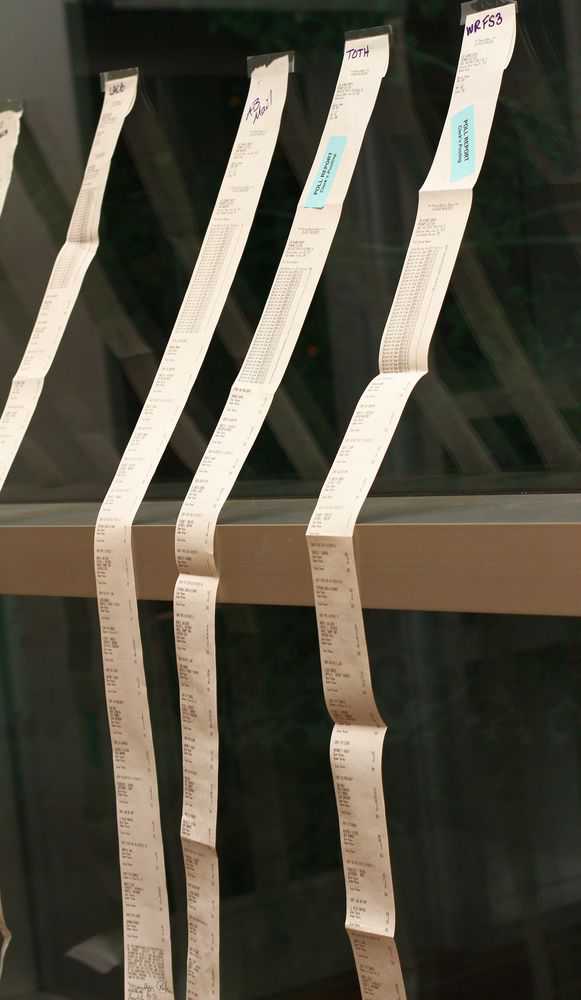 Unofficial vote tallies hang on the window in the lobby of the Justice Center Tuesday night. Photo by Salvador Zapien.

Voters placed Kristen Henderson on top of the six-person race to fill three vacancies on the Los Alamos County Council, according to Tuesday’s unofficial election results. Henderson, a Democrat and an attorney who works as a Realtor for REMAX received 1,077 primary election votes.

Marc Clay of Los Alamos National Laboratory came in second with 1,061 votes. He is a Republican who coaches middle and high school sports and is a graduate of Leadership Los Alamos and Leadership New Mexico.

Republican Vincent Chiravalle is the sole incumbent in the council race. Voters ranked him third with 1,059 votes. He also works at LANL.

To see unofficial election results for the state and national races, visit http://primaryresults.aesvote.com/county32.htm.

Official results will be posted on the Secretary of State website after being signed by the State Canvassing Board June 26.