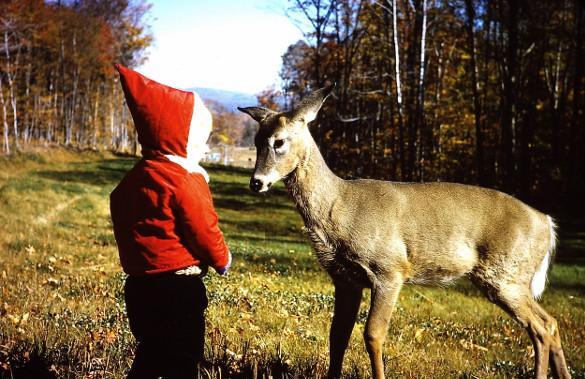 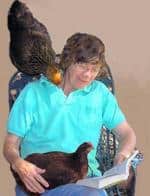 By CARY NEEPER
Formerly of Los Alamos
In his Great Course on animals, Donald Moore gives us this definition of animal: “a multicellular organism that eats other animals.”
Of course that includes us humans. His first session begins by noting shared characteristics in animals, then different methods of reproduction, then various ways animals have devised in order to raise their offspring safely.
Most go to great lengths–like fish who use their own mouths to protect their young. Others retain the fetus until it is quite alert. I’ll never forget seeing our friend’s guinea pig giving birth. Before the infant had finished leaving his mother’s exit vent, he spotted a piece of lettuce and began munching away while being born.
Two articles appeared in March 2018: one in Science News.org and the other in National Wildlilfe Federation’s NWF.org/news. The latter is a story describing grief in animals. The first was a description of how ants select and treat moderately wounded comrades in battle. The badly wounded are not taken back to the nest to recover. The moderately injured produce “help me” pheromones. Those seriously injured “flail around” and cannot cooperate in their own behalf. A simple experiment demonstrated that wound-licking healed 91% of the injured.
It all adds up to the conclusion that though we are all different, we live nearly identical chemical if not physical existences. A note about stress appeared in July/August 2019 Discover Magazine, “Everything Worth Knowing.” A survey of 4000 dogs found “stress symptoms” in half of them. It is expressed overtly and internally. Whimpering, quivering, and escape attempts are accomplished by “increased blood pressure, heart rate and cortical levels.” Vet visits and being left alone can trigger symptoms that range from shrinking inaction to howling or tearing up things. Zoos now recognize stress in their animals, exhibited by repetitive action, rubbing, plucking feathers, and pacing.
“The Inner Life of Animals” by Peter Wohlaben provides a range of evidence from empathy, odd friendships, mother love, and the shared hormone oxytocin. A crow adopted a starving kitten. A bulldog in Germany adopted a wild baby boar, and a dog rescued 14 orphaned piglets.
Our young puppy, Charley, a shepherd mix, recognized our human baby sitting on the living room floor. He approached her slowly and put his play rope in her hands, then he engaged her in a pulling game with very gentle tugs on the rope. However, when he played the game with us, he growled and pulled the rope as hard as he could to win the tug of war.
Of course some hunted animals have evolved to be wary of humans. The limbic system in the brains of all of us provides consciousness. We also share an amygdyla with fish. It provides fear when needed. In my personal experience taking animal pictures, I have found that bobcats, squirrels and scrub jays respond with a pause and direct eye contact when I greet them with a low, calm voice. “Oh hello, sweetheart.” It didn’t work, however, with a deer nursing her young, so I missed getting a good photo.
Menu
Los Alamos
84°
Sunny
5:50am8:25pm MDT
Feels like: 84°F
Wind: 11mph WSW
Humidity: 14%
Pressure: 29.69"Hg
UV index: 1
ThuFriSat
81/61°F
82/59°F
79/57°F
Weather forecast Los Alamos, New Mexico ▸