How The Hen House Turns: Dogs Blur The Line 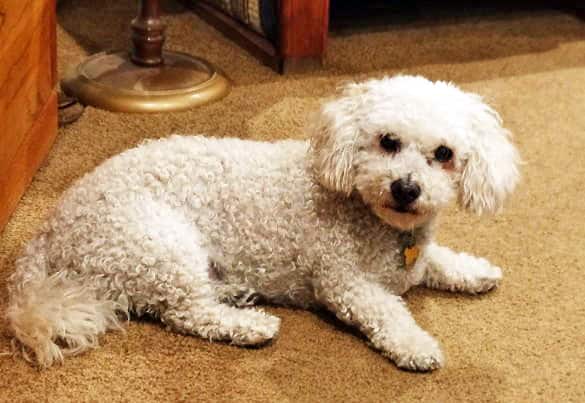 Willy the dog. Courtesy/Cary Neeper
By CARY NEEPER
Formerly of Los Alamos
“The Dog’s Mind: Understanding Your Dog’s Behavior” by veterinarian Bruce Fogle (New York, Howell Book House, 1990), given all the recent studies on animal behavior, I’m amazed at the insights this author made THIRTY years ago.
In his Introduction, he claims that we “draw a clear line” between ourselves and other animals, including cats, but “…we blur the line with dogs.”
Recent studies now challenge that clear line between humans and all other animals, but that will have to wait for another Hen House story. Today I will try an overview of Bruce Fogle’s idea that we have easily blurred the line with dogs. He notes that Konrad Lorenz attributes “love” to dogs in his book “A Man and His Dog.”
Author Fogle’s title “The Dog’s Mind” was chosen for several reasons, including dogs’ “infinitely different” ability to “interpret scents and smells.” He notes that some Eastern religious thought assumes all living things have an after life. One out of five British vets believe that dogs also have a soul. He used the word “mind” as a function of brain and its evolution, its senses, hormones, learning and different emotions. The accusation of “being too anthropomorphic” for using such terms for dogs has long been overturned by recent animal studies that strive to understand and empathize with animals, as Japan did in the 1970’s.
Here the author uses both an objective and subjective approach to analyzing the dog’s mind, its “culture’ and intelligence, and “how a dog thinks. I have watched a Colorado sheep dog gather a huge flock of sheep that was pouring down a very steep, rocky cliff. With one whistle from the shepherd, the dog rounded up the sheep and moved them back up the rocks onto a green meadow.
I have also seen our dog DeeDee grieve when Turkey died. What is interesting in this book is the author’s description of “’cultural’ differences between breeds of dogs.” Differences are due to selective breeding, which results in great morphological and emotional and perceptual differences. Trainability and obedience are measured more easily.
What is not different, and unique to dogs, is their “magnificent cognitive powers–” how they observe their environment, including our human moods or actions, like picking up the car keys. We have bred dogs, as descendants of wolves, so that basic wild characteristics are specialized. Dogs have become better at certain traits. Example: Bloodhounds follow scent better than wolves. German Shepherds look like wolves but are “manageable.”
Fogle notes how similar dogs are to humans in their social activity and juvenile behavior (which lasts into their adult life.) Hence we often call our dog “part of the family,” unlike our cats. We love our cats and love to observe them, while sometimes drawing a more definite line between them and us. My recent week dog-sitting Willy, to be described next month, adds evidence to the observation that dogs are very much like us.
Menu
Los Alamos
64°
Clear
5:48am8:24pm MDT
Feels like: 64°F
Wind: 0mph N
Humidity: 40%
Pressure: 29.85"Hg
UV index: 0
SatSunMon
84/63°F
90/66°F
84/61°F
Weather forecast Los Alamos, New Mexico ▸