How the Hen House Turns: Butch, Coxswain of the Mahan – A World War II Memoir 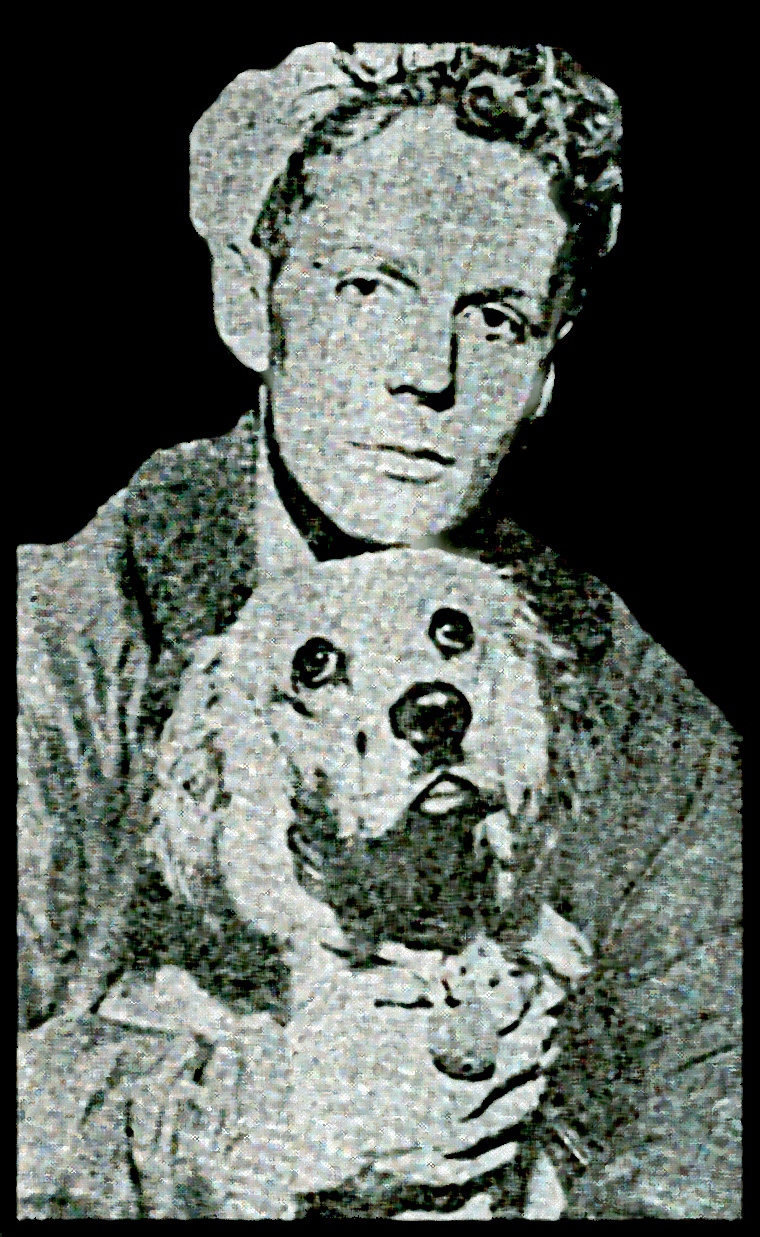 Dogs and humans have a long history, at least tens of thousands of years long. Why else would DeeDee and Scooter, probably pointer-heeler mutts, do such a good job of watching the Hen House birds, when they would rather be chasing them? It has been recognized for decades that relating to dogs can lower a human’s blood pressure.

Stories abound, but one of the most poignant is the story of the cocker spaniel Butch and the crew of the World War II destroyer Mahan, sunk in the Pacific on Dec. 7, 1944 in Ormoc Bay. The Mahan was covering the 77th Division landing that day on the island of Leyte in the Philippines. 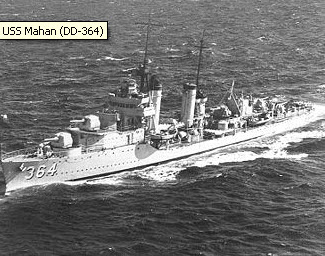 The USS Mahan (DD-364) was the lead ship of the Mahan-class destroyers in the United State Navy. Courtesy http://en.wikipedia.org/wiki/USS_Mahan_%28DD-364%29

The newspaper clippings my cousin Bill (Seaman W.A. Sumner), sent to me in 1981, report that Butch went to sea at age six weeks, a gift from Bill’s sister Fran for his 19th birthday the next day. Butch survived continual battle for six months, setting “paws on land” only twice, at Pearl Harbor.

In Bill’s words: “He had very little opportunity to go ashore during the next few months, but when he did the little guy would dig holes anywhere he could and as fast as he could. He fell overboard once in Pearl Harbor accidentally and we were tied alongside another destroyer. Fortunately there were large fenders between the ships and some of the crew saw him fall and proceeded to rescue him.”

At sea during “engagements,” he was locked up. From Bill’s 1981 letter to me: “As we proceeded down into the South Pacific and came under attack, Butch knew when this was going on. As the guns were firing, he would run from one end of the ship to the other, barking at the enemy planes. This was why we decided to put him below decks during an attack—if we had time.”

The 1945 newspapers reported that Coxswain Butch had the run of the ship (when not under attack) and ate at the Captain’s table. Bill’s letter: “Butch was so well liked aboard ship that all the crew wanted to pamper and feed him. The ship’s Captain and I got together, and he decided to write a ship’s memorandum to the crew advising that only I could feed him. The Captain also decided to have a ship’s record made for Butch, including his vital statistics–when he ‘inlisted,’ a health record, and most other information kept on all the regular crew members.” His service record was signed with a paw print.

According to the newspapers, on Dec. 7, 1944, the Mahan was hit by a Japanese torpedo. Reports suggested the ship was hit four to nine times, and when the powder and small arms began to explode, Captain Cmdr. E. G. Campbell ordered all hands off the ship. Bill disappeared off the deck to get Butch, locked below. Friends guessed that Bill didn’t hear the Captain refuse his request to rescue the dog. Wikipedia now reports that “Mahan was disabled by the attack [of a kamikaze squadron] and abandoned. She was on fire and exploding: nothing could be done to save her. A US destroyer sank Mahan with torpedoes and gunfire.”( http://en.wikipedia.org/wiki/USS_Mahan_%28DD-364%29)

One early report said that oily vapor from a ruptured smoke screen duct had nearly suffocated Butch. Bill jumped overboard with him, draped him over a floating life jacket, then a “float net.” The dog recovered quickly. Another newspaper reported Butch sitting up in a life raft. Somebody cheered. Before long all survivors were picked up by the destroyer Walke.

News of the sinking reached Bill’s parents, my Auntie Margo and Uncle Charley, but they didn’t know the outcome until well after Christmas in January 1945. I was too young to appreciate their horrific worry, but I knew my cousins were in danger until after the war was over.

My memory of family tales is that there was an official refusal to take the dog onto the rescue ship. Unless he could go with them, the sailors refused to get off their life raft. Once safely aboard the Walke, Butch promptly fell in love with that ship’s mascot, a fox terrier called Rosie. Somehow, Bill, Butch and the crew made it back to Ulithi Harbor in Hawaii in the cold hold of that ship. The Mahan’s Captain invited Butch and Bill aboard the new Mahan, if it should be built.

Family stories have also left me with memories of Butch’s life back on dry land in California. Bill’s German shepherd Wolf was a bit jealous of Butch, but only at first. Still a puppy less than a year old, Butch was not street smart, got knocked over by a car in his first weeks on land, and was always a bit loopy after that. He died of a severe “flu” in the early 1950’s.

The World War II years were intense. The country felt threatened and was united in the war effort. Bill and his twin brother Bob and most of their high school classmates volunteered for duty before they graduated. Bob was honored by the Marine Air Corps as the youngest aviator flying combat in the South Pacific.