Housing Shortage An Issue In 1960s As Well 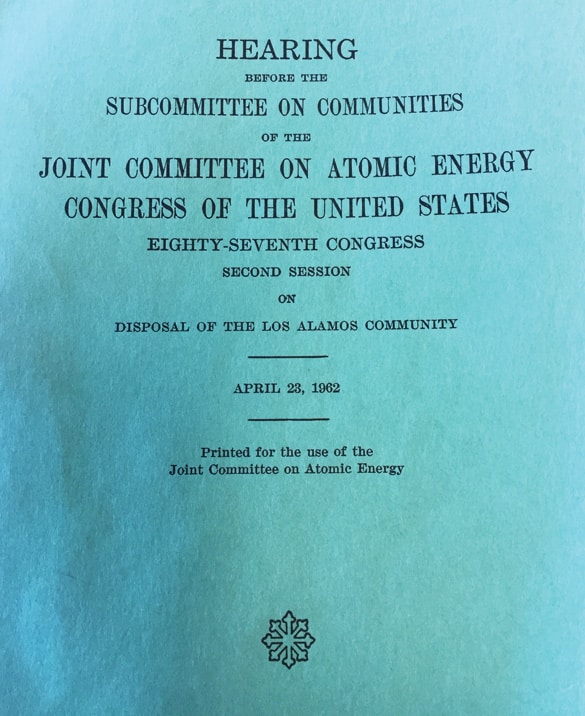 Los Alamos is known worldwide as the birthplace of the atomic bomb. Our history and the people who made it have an international reach.

For the Los Alamos Historical Society, whether the stories are about geopolitical machinations during the Cold War or about the development of a neighborhood, all of our history is “local.”

Now, if you’re still reading after that mouthful of a title, let’s explore what that document really means to our community.

After World War II, the U.S. Congress created a civilian agency, the Atomic Energy Commission (AEC), to take over the development of atomic weapons.

On Jan. 1, 1947, the military base that had been Los Alamos during the Manhattan Project was turned over to that agency, and it owned everything in town—every house, every sidewalk, every sewer pipe.

By the mid-1950s, the federal government decided it did not want to be in the “town owning” business (it also wholly owned Oak Ridge, TN, and Richland, WA). The slow process of selling the homes and businesses to private owners began, as well as turning over government functions such as sidewalks and sewers to the municipality of Los Alamos County.

The hearing transcript, which takes up a whopping 330 pages plus some fold-out maps, details the community’s concerns, such as zoning, the ratio of single-family homes to multi-family homes, housing costs, and services provided by the local government instead of the federal government.

As is still the case, the shortage of housing in the area dominated the discussion. Congress and community members wanted to ensure that private ownership did not worsen the housing crunch.

Realtors and community planners offered up solutions, like selling multi-family housing units to individual families (as long as the unit had multiple furnaces) or opening up more land on Barranca Mesa and in White Rock for development.

Norris Bradbury, then director of the laboratory, agreed that the federal government, in keeping with American ideals, should dispose of the town. He summed up the mood of the hearing:

“I can see no reason why Los Alamos alone should retain its wartime status as a government-owned and managed community. Our way of life is not the normal American way of life.

Where else is housing assigned on the basis of salary and length of employment? Where else is one’s choice of home dependent upon his employer’s rules and not upon his own desires and abilities? … It is not the way of independence and free enterprise.”

The disposal process did move forward throughout the 1960s and into the 1970s. While this local history dictates how our town appears and functions today, it doesn’t do much to solve the still-present housing crunch!

For more information, read Quads, Shoeboxes, and Sunken Living Rooms: A History of Los Alamos Housing by Craig Martin and Pajarito Acres: A Bootstrap Volunteer Land Development by John Ramsay. Both are available at Mesa Public Library or in the Los Alamos History Museum Shop.