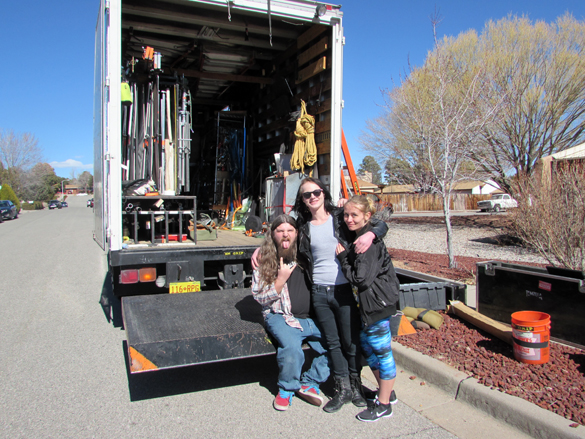 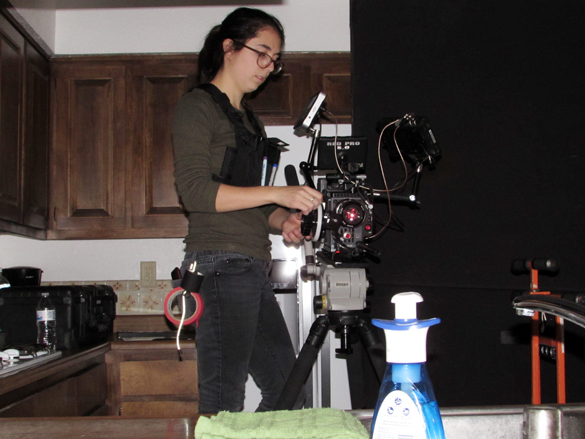 Tristan Van Cleave’s eyes widened in fear as he cried out from seeing a woman huddled on the floor, rocking back and forth as if possessed. The silence in the house was deafening. Despite it being daylight, an eerie feeling darkened the space.

If this sounds like a setting for a horror movie, it’s because it is. Saturday morning, producers, a director, actors and a host of other film workers gathered at a residence in White Rock to shoot a short horror film, “Feldspar.”

The film was penned by Cody Young of Santa Fe, who is also directing the film. He explained the film is about two paranormal investigators who accidentally become haunted by a supernatural being.

Producer and Actress Jasmine took a look at the script and “I started producing it right away.”

A friend who owns a grip company was contacted and Jasmine’s friend in White Rock lent their house as a set. Jasmine added $5,000 was raised for the film. Which, she said, is a pretty good budget for a short film. “We’re proud of that,” Jasmine said. “We’re proud of how hard we’ve been working.”

Production started a month ago. The film is planned to be shown on Youtube in May and Jasmine said the hope is to raise funds to make the 20-minute short film into a feature-length film to air on either Netflix or Amazon. An account was established on Indiegogo, a website that utilizes crowdfunding for entrepreneurial projects.

Jasmine credited the County’s film office for helping to get the necessary permits and roadblocks to film in White Rock.

Filming in White Rock was a return home for Jasmine, who grew up in Los Alamos.

Many involved in “Feldspar” stated it has been a great experience.

“I love casting,” Jasmine said. “Casting is my thing. I love going through the process of hiring people.”

Young said, “I’ve enjoyed and hated all of it. I am working with some of the coolest people I’ve ever met.”

He added working on the project has taught him a few things. One being “always be ready to completely change your plans.” Despite needing to be flexible, Young said prep work is still necessary.

Van Cleave said, “I really love the intimacy of the film scene.”

While getting shellacked  with crimson corn syrup for his role as the supernatural being, Actor Antonio Cisneros said, “I really enjoy getting to do horror.” He explained  he mostly performs in theater and never acted in a horror story. “I’m really excited to work in film,” he said. It was an opportunity to wear a different hat, he said.

Jasmine said a few locals were intrigued by what was going on in that house on Saturday. She said a few people stopped to look and asked what they were up to; others were given a tour of the set. 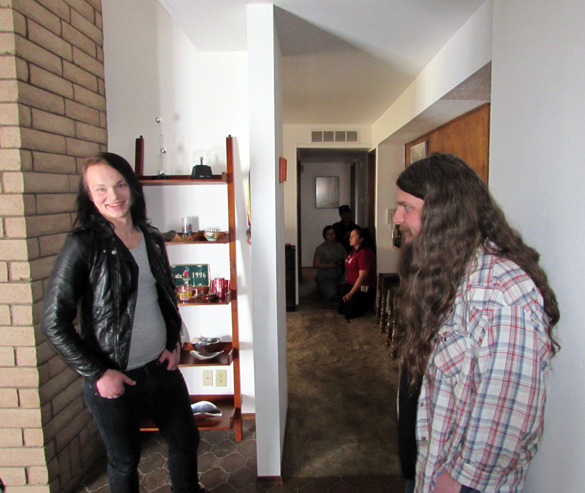 Actor Tristan Van Cleave and Director Cody Young get ready to film the next scene. Photo by Kirsten Laskey/ladailypost.com 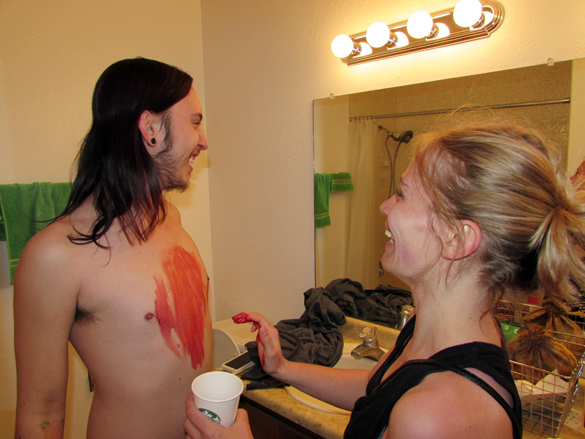 Producer Jasmine bloodies up Actor Antonio Cisneros for his role as a the monster in “Feldspar.” 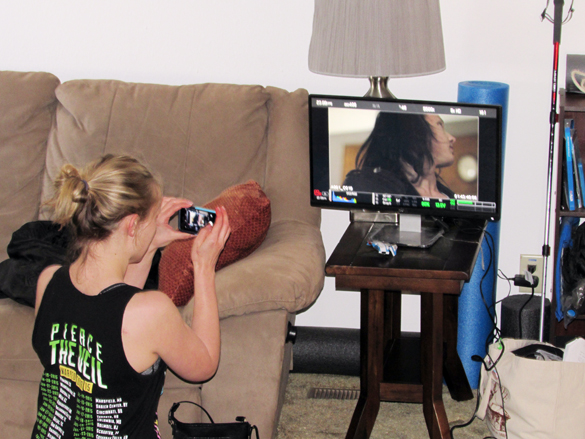 Producer Jasmine checks out the latest scene being filmed. Photo by Kirsten Laskey/ladailypost.com