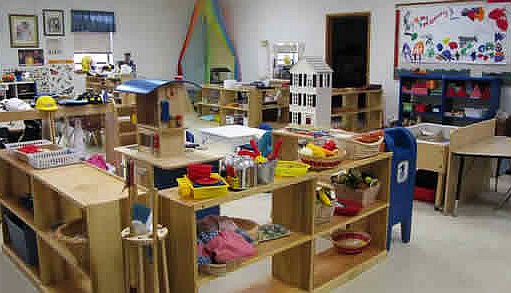 After 19 years as a preschool and 29 years as an afterschool program through White Rock United Methodist Church (WRUMC), Horizons Preschool and Daycare is becoming its own entity.

“Horizons is becoming a separate entity from WRUMC financially, for tax purposes, but will continue the strong Christian and proven academic curriculum that it now uses,” Horizons Board President Nancy Ferenbaugh said.

This Christian-based day care takes children from ages 2 to 4 and the after school program is provided for kindergarten through 3rd grade.

Once the separation becomes official June 4, Horizons will have an oversight board comprised of WRUMC members as well as community residents.

“The program will continue as it is with the morning preschool and afternoon daycare,” Ferenbaugh said. “Another point is that this program combines Montessori and traditional methods of early childhood education.”

While there are several other preschools in White Rock, Ferenbaugh said Horizons is the only Christian school.
In addition, she said the school has a “very nice, well-equipped playground. We have a spacious classrooms and highly trained staff.”

“It’s really the oldest one in White Rock that has been continuously in the same place with the church’s backing,” Ferenbaugh said.

Horizons is accredited by the state and affiliated with the Association of Christian Schools International.

There are a few more changes in store at the school.

The camps are open to students in kindergarten through third grade.

The school is currently holding registration for summer and fall enrollment.

Visitors are welcome to the school; call the school to schedule a time.