Fuller Lodge scaffholding. Courtesy photo
By HEATHER MCCLENAHAN
Los Alamos Historical Society
Few buildings induce the wonder and awe that Fuller Lodge evokes in first-time visitors.
The majestic, three-story building of upright logs is the heart and soul of the community of Los Alamos. From its construction during the days of the Los Alamos Ranch School through today, it always has been.
The building was designed by John Gaw Meem, a famous Southwestern architect known today as the father of Santa Fe’s Style. He used the Big House, the Ranch School’s dormitory, which also had upright log construction, as his model.
Meem and the school’s director, A.J. Connell, joined by a ranger from the National Forest Service, handpicked all 771 trees in the building. The large trees are ponderosa pine, and aspen poles serve as the smaller chinks. Everything was sealed with oakum, which is used for sealing wooden ships, and that’s what gives the building its golden glow.
In 1928, crews brought a sawmill on site to prepare the logs. George Teats, a contractor from Colorado who had recently built the Recreation Hall in Conejos, served as the general contractor. While Teats was paid more than $33,000 for his work, Meem’s architectural firm netted a mere $1,600 for the project.
The last graduation for the Los Alamos Ranch School was held in 1943 in the spectacular Pajarito Room, and then all of the school’s students and most of its personnel left the plateau to make way for the Manhattan Project.
The parties, dances, town hall meetings, and other activities of the Manhattan Project that took place in the Lodge have reached nearly legendary status. Of course, Fuller Lodge remained a dining hall. Imagine six people who had already won or would win a Nobel Prize sitting down together in the Pajarito Room to lunch. Wouldn’t you love to go back in time to eavesdrop on some of those conversations!
After the war, the building was turned into a hotel, and the Tudor-style wings were added to the north, south, and west sides of the building. Many people living in Los Alamos today can tell stories of coming to interview for a job at the laboratory, spending the night in the Lodge, and getting a great steak dinner for $1 at the restaurant.
In the 1960s, the Lodge was sold by the Atomic Energy Commission to the County of Los Alamos for $1, with the stipulation that it always remain a community center. That, of course, is what it is today, with recitals, dances, weddings, meetings, family and class reunions, and many other community uses.
While everyone calls it Fuller Lodge, probably few of us know who Fuller was. Edward P. Fuller served as a staff member at the Los Alamos Ranch School from 1919 until he passed away in 1923, working as a supervisor to the school’s younger boys. Edward’s father, Philo Fuller, a wealthy Michigan lumberman and furniture manufacturer, provided the funding to build the Lodge, and Connell intended from the beginning to name it for his young friend.
Los Alamos County and the Los Alamos Historical Society have received a grant from the National Park Service to develop an interpretive plan for Fuller Lodge. An interpretive plan is a document that spells out the importance of the building and suggests ways to share information about the building and its important history with visitors. It provides a variety of methods that can use visuals, sound, and other media to evoke the building’s stories.
As part of the planning process, a short survey is available on line at https://www.surveymonkey.com/r/R9ZGW6C. Participate and have your voice heard!
More information about the history of Fuller Lodge is available in “Of Logs and Stone: The Buildings of the Los Alamos Ranch School and Bathtub Row,” available at Mesa Public Library or in the Los Alamos History Museum Shop.
And, of course, you can stop by any weekday and most weekends for a visit to this stunning, historically important building. 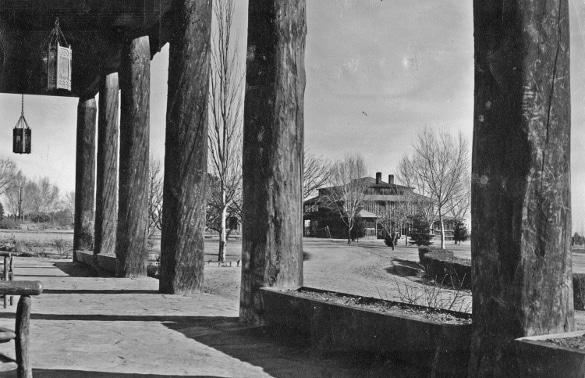 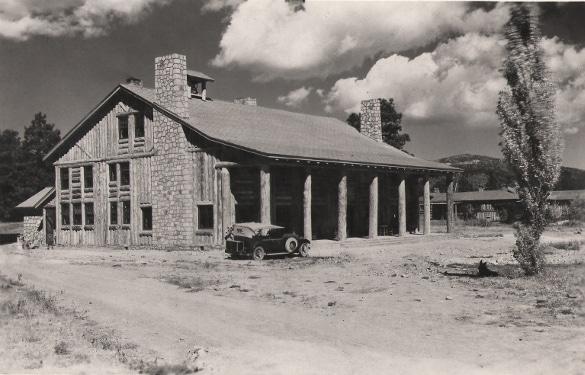