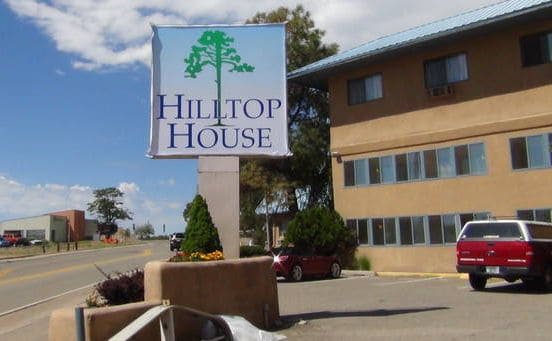 The Hilltop House Hotel at 400 Trinity Dr., is in financial trouble and it appears that the investors were the last to know.

The group of 17 men and women gathered in person and by telephone for a noon meeting at the hotel Monday to discuss what, if anything, can be done to save the hotel from sinking into bankruptcy or being sold off for pennies on the dollar.

“This is a devastating situation from which no one is going to win,” she said. “There were a number of small investors and some who stand to lose an awful lot of money.”

Local businessman Roger Waterman of TRK, together with his brothers Ted and Ken Waterman, owns the largest membership share in the hotel – more than 30 percent.

His mother, Alice Waterman, is the largest private lender – she holds a second mortgage on the property, Waterman said.

“We weren’t aware of the seriousness of the problem until Ron (hotel managing member Ron Selvage) notified us that the Best Western Flag was in jeopardy,” Waterman said. “We tried to provide him with guidance on how best to discipline his hotel to pass the inspection.”

That wasn’t the case and the hotel lost the Best Western flag several weeks ago, he said.

“We first learned that the hotel was put up for sale July 2 when we received a purchase agreement,” Waterman said. “The sale of a property has a very serious impact on the investors, the bank and everyone else involved and we are now trying to take time to see what the impacts are under various scenarios to see if there are any better impacts.”

Selvage did not invest money in the hotel when the investors purchased it in 2005. He was tapped to manage the operation.

He discussed the hotel’s financial crisis during an interview Tuesday.

“The economy has really downturned and if you look at the Laboratory cutting contractors … that’s where the hotel gets the bulk of its business … and that has a lot to do with the problems the hotel has had,” Selvage said.

He addressed the question of why the investors weren’t informed that he had put the hotel up for sale.

“I’m a managing member and I made the decision to put the hotel up for sale to see if there were any interested buyers out there before the financial troubles hit,” Selvage said.

Along with managing the operations of the Hilltop House Hotel, Selvage works fulltime as a Group Leader at Los Alamos National Laboratory and serves as vice chair of the Los Alamos County Council.

Waterman was a candidate for a seat on the County Council in the upcoming Nov. 6 election but pulled out of the race earlier this month citing unforeseen business developments.

Selvage spoke about the Hilltop House Hotel’s future saying, “It’s really tough times right now but the future is that the hotel will continue on in some capacity.”

Executive Director Kevin Holsapple of the Los Alamos Economic Development Corporation and the Los Alamos Chamber of Commerce said that he was sorry to learn of the financial strife at the hotel and hopes that a process is found to salvage the hotel.

It absolutely is a difficult environment for people right now, especially those working in the lodging business … tourism has been affected locally by everything from fires and economic conditions to the issues at the Lab,” Holsapple said. “It’s important for everyone to work together to find a solution that benefits all parties involved and we will certainly do everything we can to assist in the process.”