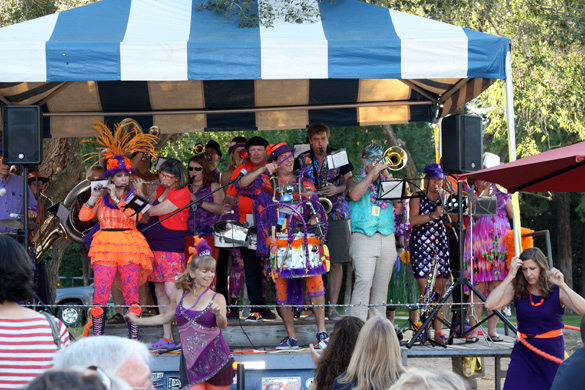 The Hill Stompers rev up the crowd today at the Beer Co-op in Central Park Square. Photo by Bonnie J. Gordon/ladailypost.com 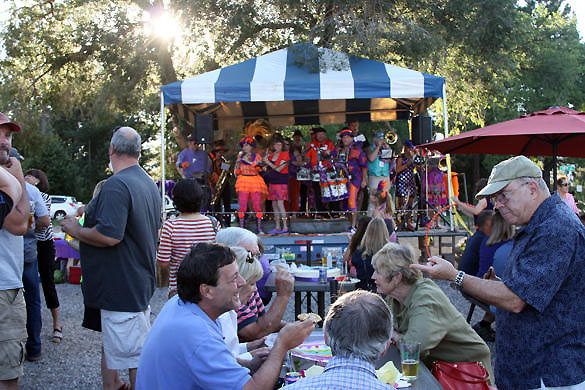 The Los Alamos Hill Stompers celebrated the start of its 15th season of making music and mayhem today with a big party at Bathtub Row Brewing Co-op, 163 Central Park Square.

The local community street band would like to thank the community for its support throughout the past decade and a half. They especially want to thank the United Church for providing a rehearsal space for the band since 2004.

Ever since Jeff and Kandice Favorite started the band in October 2000, the fun hasn’t stopped. The band has entertained at countless community events, fundraisers, and private parties throughout New Mexico and Colorado.

Jeff and Kandice started the band not long after relocating from Atlanta, Ga., to Los Alamos. In Atlanta, they played with the Seed and Feed Marching Abominable, a large marching band, and missed the creative energy and the opportunity to make music in the community. Thus, the Hill Stompers was born.

After two months of rehearsing around a pool table in someone’s basement, they played their first gig at the Holiday Lights Parade in Los Alamos with 14 people and four songs. The band has grown to some 30 members, including musicians of all ages and skill levels, dancers, hula hoopers and jugglers. The playlist has grown to about 50 songs including rock, pop and jazz tunes, as well as traditional marches.

The Hill Stompers welcomes anyone to come and play with them. The rehearsals are informal and offer a fun and supportive environment to get your chops back in shape or pick up a new instrument. Dust off your horn and come out and give it a try!

If you want to play, dance, juggle, hoop or *insert your talent here* with the Hill Stompers, call the Favorites at 505.661.7646. Also, give them a call to book the band for a party or event. 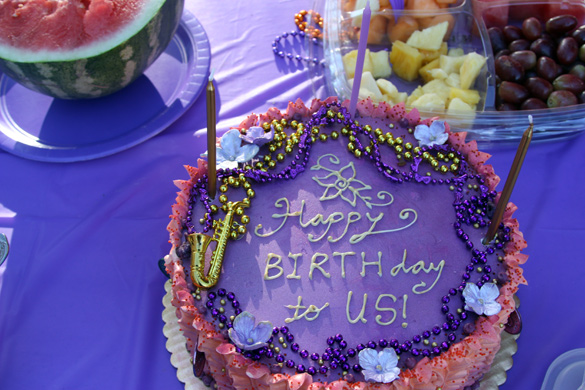 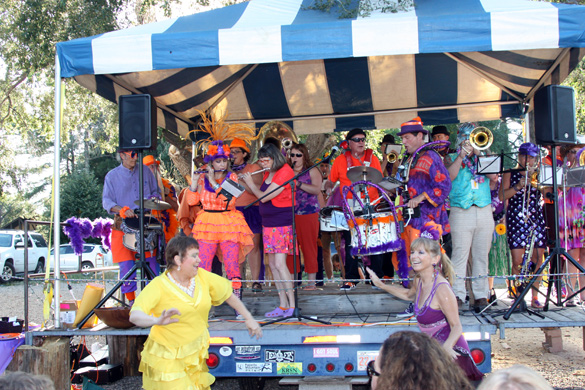 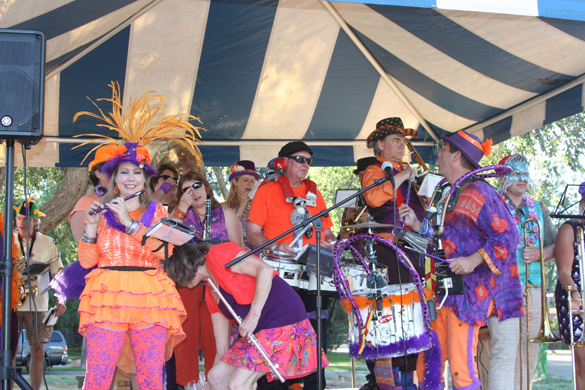