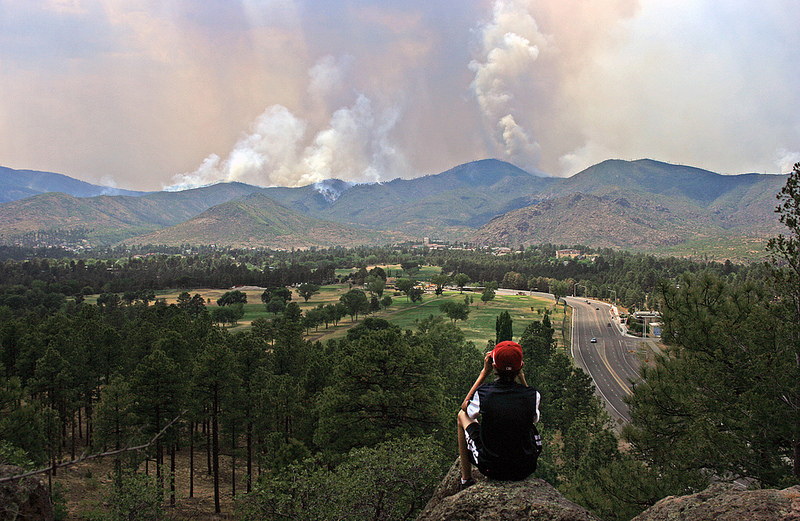 Tools typically available to incident commanders and fire crews are not designed for these potentially highly variable conditions and may not provide accurate fire behavior predictions, scientists have determined.

When the High Park Fire in Colorado burned through rugged terrain and populated areas last month, the forest was already ravaged by bark beetles and the fire took advantage.

The science team is looking into levels of bark beetle-induced conditions that lead to drastic changes in fire behavior and how variable or erratic the behavior is likely to be.

The work is also supported by National Fire Plan funding from US Forest Service Research and Development Washington Office.

HIGRAD/FIRETEC is a physics-based, 3-D computer code designed to simulate the constantly changing, interactive relationship between fire and its environment.

It does so by representing the interactions among fire, fuels, atmosphere and topography on a landscape scale.

HIGRAD is a computational fluid-dynamics model that represents airflow and its adjustments to terrain, different types of fuel (vegetation) and the fire itself. FIRETEC combines physics models that represent combustion, heat transfer, aerodynamic drag and turbulence.

To model fire behavior, researchers used data collected in forests and woodlands that have been attacked by a variety of bark beetles.

A current focus is on better understanding which changes in fire behavior are due to increased dead fuel versus changes in canopy structure that allow high wind speeds to push the fire more easily.

By discovering the ways that highly variable rates and patterns of tree death affect fire behavior it will be possible to better predict the likelihood of dangerous changes in the wildfire’s activity.

This ongoing research is important, as most fire models are not well suited to explain fire behavior associated with fluctuating winds in highly variable fuels.

HIGRAD/FIRETEC simulates the dynamic processes that occur within a fire and the way those processes feed off and alter each other.

The simulation thus provides much more realistic fire behavior predictions. The model realistically incorporates low fuel-moisture contents of dead needles on the trees. This is particularly important when fires burn through vegetation in which there are patches of dead trees.

Determining the conditions where such behavior exists has not been possible using approaches that assumed the forest conditions had average moisture conditions and were homogenous.

Using advanced computational resources at LANL, the research team believes it can better understand processes that lead to improved operational models of fires.

Ultimately, the goal is to gain greater insights from modeling that will lead to greater safety for fire fighters and better protection of people in the path of wildfires.

To learn more about HIGRAD/FIRETEC, see: http://www.rmrs.nau.edu/fwe/HotTopics.php. There are video simulations of different fire behaviors with various types of fuel.

The Rocky Mountain Research Station is one of seven regional units that make up the U.S. Forest Service Research and Development organization – the most extensive natural resources research organization in the world.

The Station maintains 12 field laboratories throughout a 12-state territory encompassing the Great Basin, Southwest, Rocky Mountains and parts of the Great Plains, and administers and conducts research on 14 experimental forests, ranges, and watersheds, while maintaining long-term databases for these areas.

RMRS research is broken into seven science program areas that serve the Forest Service as well as other federal and state agencies, international organizations, private groups and individuals. 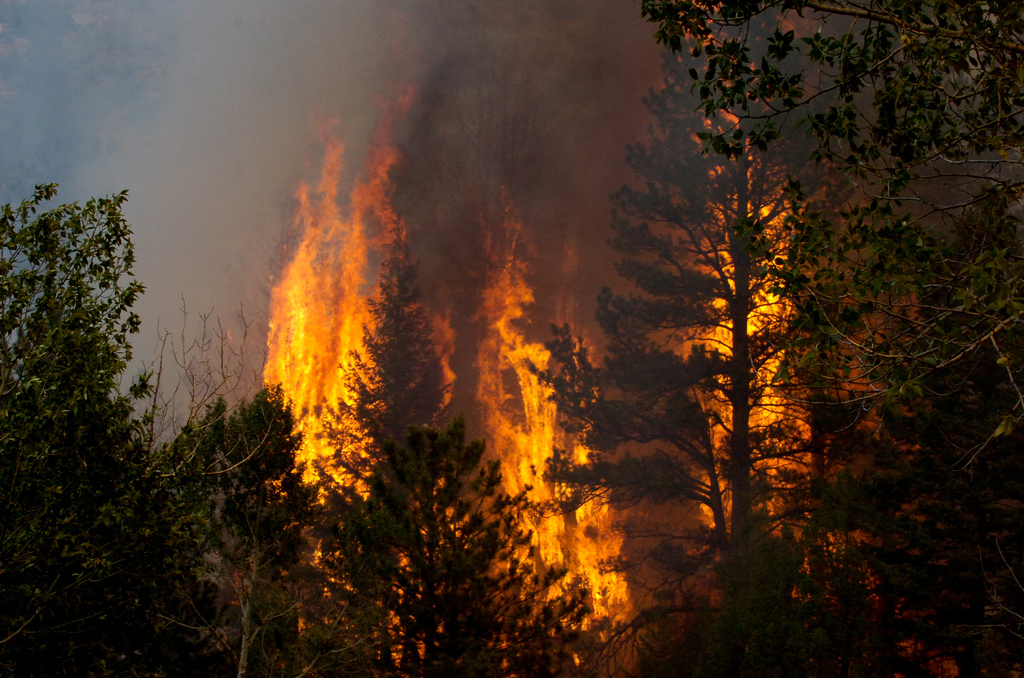