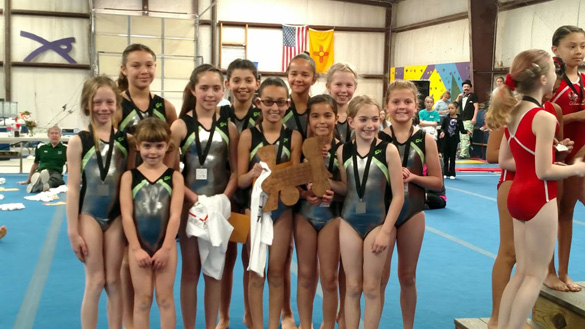 Members of the High Flyers Gymnastics team will compete in the state championships this weekend in Albuquerque.

The girls in level two and three will face off against all qualifying competitors from across New Mexico for a chance to win state championship titles.

The team will enter the state competition on strong note. At the Monopoly Meet held Feb. 14 in Belen, which was the last regular competition of the year, the level two team earned a second place team trophy and many individual season high scores.

Anna Kirkland took first place on uneven bars with a score of 9.275, second on balance beam and third on vault to place second all-around in her group. Pojoaque’s Kwan Jemu Lopez Moya placed fifth in her group.