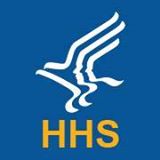 “Consumers in New Mexico will continue to have affordable coverage options in 2017. Last year, the average Marketplace premium among people with tax credits stayed the same at $127 per month, despite reports based on preliminary rate filings predicting increases of ‘51 percent’.

“People in New Mexico understand how the marketplace works, and they know that they can shop around and find coverage that fits their needs and budget. In fact, last year more than 50 percent of them did exactly that by switching plans to save money.

“In addition, the vast majority of consumers in New Mexico qualify for tax credits that reduce the cost of coverage below the sticker price. Today’s announcement is just the beginning of the rates process, and consumers will have the final word when they vote with their feet during Open Enrollment. ”

Proposed rates aren’t what consumers pay. While today’s filings show an a proposed rate increase in New Mexico, a report from the U.S. Department of Health and Human Services demonstrates that proposed premium changes from preliminary rate filings do not capture what Marketplace consumers actually pay. In New Mexico, the average Marketplace premium among people with tax credits stayed the same at $127 per month, despite reports based on preliminary rate filings predicting increases of “51 percent.”

Most people receive tax credits and can buy a plan for less than $75 per month.

Prior to the Affordable Care Act, plans were typically inferior and excluded services like maternity care, or even routine services like prescription drugs. Plans also often charged a higher premium, or denied coverage altogether, to consumers due to a pre-existing condition. Now, all consumers have the option to purchase quality, affordable coverage.

This is a big deal for as many as 862,000 people in New Mexico with a pre-existing condition.

Health insurance is clearly something people in New Mexico like, want, and need: 54,865 people signed up for 2016 coverage – more than ever before.

Both Marketplace and non-Marketplace consumers continue to benefit from the low health care cost growth of recent years.

For the half of Americans who obtain health insurance through an employer, premiums for family coverage grew by an average of  5 percent per year from 2010 to 2015 – compared with about 8 percent per year from 2000 to 2010. Premiums grew at an even slower 4.2 percent rate in 2015. If premium growth since 2010 had matched the average growth rate over the prior 10 years, the average family premium would have been almost $2,600 higher in 2015.