Help With The Hard Stuff: ‘Contain if Necessary’ 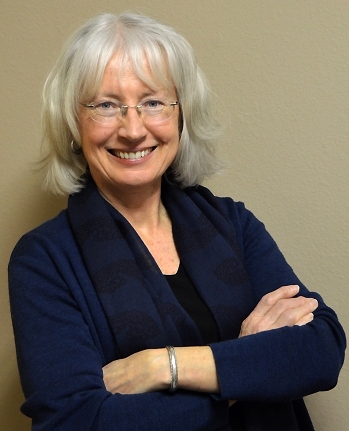 HELP WITH THE HARD STUFF:

My last column continued William Uri’s “third-sider” roles lawyers can play that might help you with the hard stuff, focusing on the “resolve” roles of Mediator, Arbiter, Equalizer, and Healer.

This week I want to talk about Uri’s “contain” roles of Witness, Referee, and Peacekeeper, and also a hybrid activity I believe exists especially within the context of what can be called “Divorce Wars”: equalization and containment.

I agree with Uri that “unresolved conflict escalates because no one is paying attention to the conflict, or, even if someone is, because no one sets limits on the fighting, or lastly, because no one intervenes to provide protection.” Hence his roles of Witness, Referee, and Peacekeeper. Briefly, you can think of these roles as:

Witness – Someone paying attention. Destructive conflict escalates through different stages, usually with warning signals. An attorney as witness likely can recognize the warning signals of what might be ahead, and suggest to you appropriate early action options.

Referee – Someone setting limits to fighting in order to reduce the harm. A lawyer won’t be a direct referee in a dispute unless all sides agree, but even if only advising or representing you, an attorney can explain and help enforce clearly understood fair (or fairer) rules for fighting. A referee is also someone who can help with “qualitative disarmament”, helping to remove offensive legal weapons while “simultaneously strengthen[ing] defenses.” Think of this as “nonoffensive defense.”

Peacekeeper – Someone giving protection. The further along the scale of escalating conflict, the more direct the lawyer’s involvement needs to be.  While a lawyer can be your consultant and coach while you represent yourself in a legal conflict, at some point it’s best (to the extent you can afford it) to have the lawyer stand between you and “the other side.” A judge once told me the role of the lawyer is to be shield and sword for the client, and I agree. The goal as peacekeeper is to use the least degree of force necessary to stop harmful conflict, even while the peacekeeper can use actual legal force to stop an aggressor.

Thus, Dr. Uri’s 10 third-sider roles (that I think lawyers can play in helping you with the hard stuff): Provider, Teacher, Bridge-Builder, Mediator, Arbiter, Equalizer, Healer, Witness, Referee, and Peacekeeper. When you face a serious potential or actual conflict, he advises that: “[e]ach of the third-side roles is like a single safety net. If one fails to catch destructive conflict, another stands ready. The key is to line up all the safety nets in advance.”

He also recognizes these roles often blend in real life. I’ve seen it especially in my family law practice, where the legal issues are inextricably tied with great emotional, psychological and financial meanings and consequences for the individuals involved.

Back in 2007 I came across a dreadful book in a thrift store that I picked up to remind me of some of the worst misconceptions and even unethical practices about “doing” a divorce. Those misconceptions and practices can affect how well (psychologically and emotionally as well as financially) you and your loved ones come through it all. The book, Divorce War!, lists “50 strategies every woman needs to know to win,” and it was written by an attorney. (Do disregard the “every woman” idea of that book – if you are in a divorce you are under stress, and you want to know how to handle conflict and the divorce process better, regardless of your gender.)

Simply put, the book defines an uncritically aggressive approach to handling a divorce, even though increased aggression often (usually?) results in both decreased effectiveness and decreased long term satisfaction. It may also destroy relationship between your children and their other parent, and that harms children. It reminds me of what I thought of as an oxymoronic attorney website I saw once. It announced, first, its “aggressive divorce and custody representation” while with almost the same breath it offered mediation among its services. While both are possibly equally well done by the same individual (wearing different hats), from the words and tone of the site I didn’t think that attorney could.

As described by Harold Abramson, Professor of Law at Touro Law Center, in Mediation Representation: Advocating in a Problem-Solving Process (2d ed. 2010), which won the 2004 Book Award of the CPR Institute for Dispute Resolution, the author of Divorce Wars! seems to prefer an “Adversarial Negotiation” approach.  I’m a realist – sometimes “war” is necessary. Most cases, however, especially at the start, are better served, I believe, with what Abramson calls a “Problem-solving Negotiation” approach.

What’s your preference? What’s the preference of the attorney? Talk about it with any attorney you are thinking of hiring. And remember Dr. Uri’s admonition: “The key is to line up all the [third-sider] safety nets in advance.” Discuss the roles with the attorney and the strategies for lining up as many of these safety nets as possible and appropriate.

In the next columns, we’ll consider some of the specific problems clients can have with selecting their attorney and the approach to solving their legal problem, and some of the experiments and alternatives that exist and are evolving in the provisioning of legal services.

Link to #1, Legal Process is All about Negotiation

Link to #2, Lawyers are Human, Too

Link to #3, Lawyers Can Be Quite Versatile

Link to #4, Best of all Prevent

Link to #5, Resolve if Possible

Editor’s note: Look for “Help With The Hard Stuff” every second and fourth Thursday of the month in the Los Alamos Daily Post.

Gini Nelson, JD, MA has been practicing law since 1983. She’s a member of the State Bar of New Mexico’s Law Practice Management Committee, and the State of New Mexico’s First Judicial District Court’s Access to Justice Committee. Views expressed in the column are hers and not necessarily those of these Committees. This column is providing public information through the auspices of the Los Alamos Daily Post at www.ladailypost.com and is not providing legal advice. Nothing in this column is intended to be an advertisement or solicitation of business. Ms. Nelson’s law office website is at www.gininelson.com. If you have questions that might be of general interest if answered in this column, please send them to column@gininelson.com. ©2013 Gini Nelson Law Office