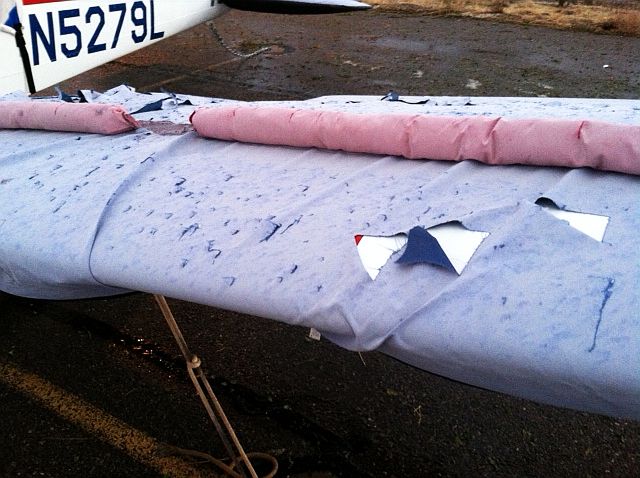 Hail damage to one of many planes tied down at Los Alamos County Airport, which received the worst of a torrential hailstorm that struck Los Alamos about 2:30 p.m. today. Photo by Julie Habiger 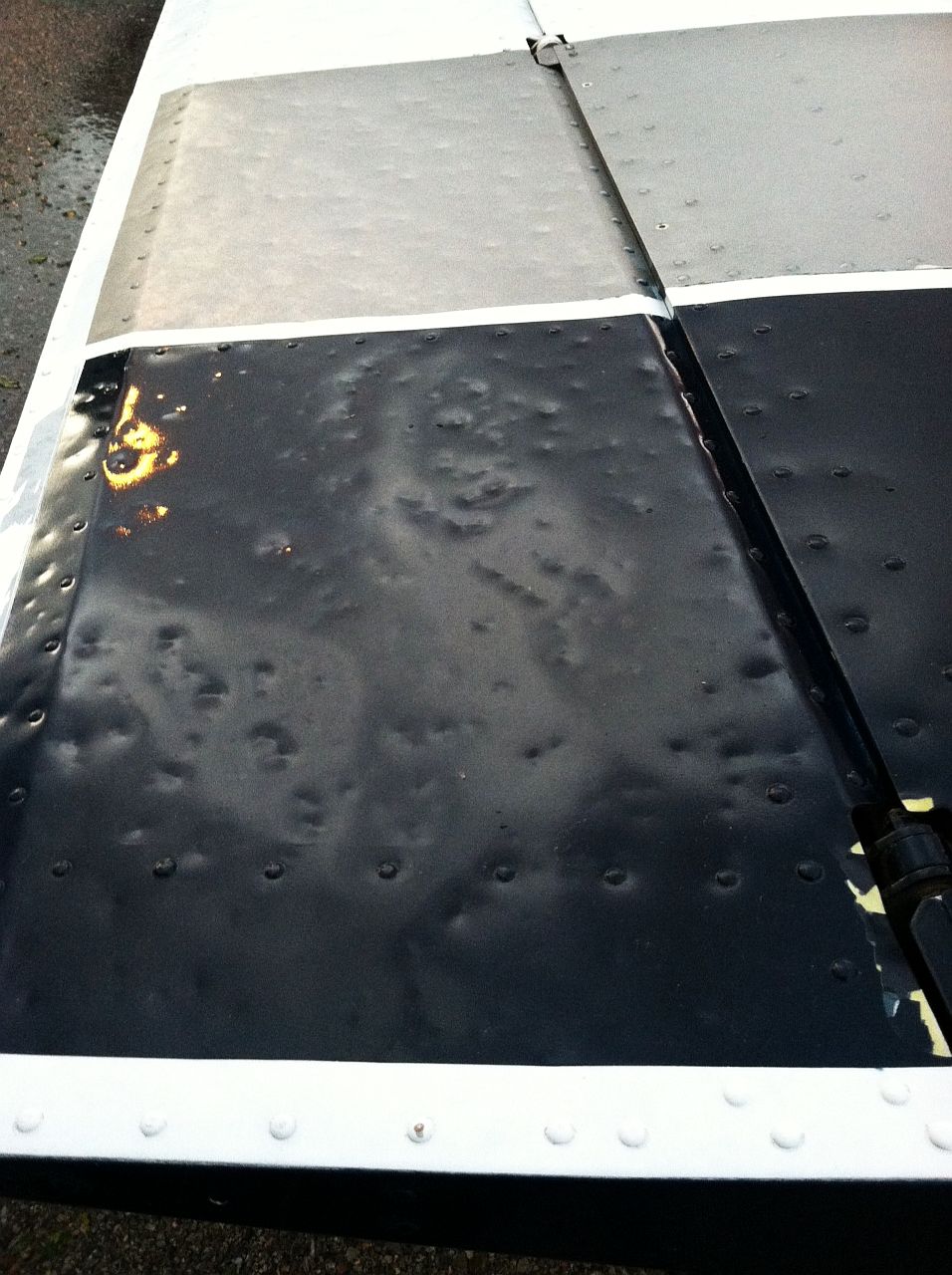 Close up view of hail damage to one of many planes at Los Alamos County Airport this afternoon. Photo by Julie Habiger

“I have never seen hail like that in my life and I’m not afraid to say that it was frightening,” Airport Manager Peter Soderquist told the Los Alamos Daily Post this evening.

As soon as the hailstorm passed at about 2:45 p.m., Soderquist went outside to survey the damage to the private planes tethered around the airport at 1040 Airport Road.

“There were 17 planes outside when the hailstorm hit and 16 had dents … some so severe that they will require reskinning,” he said. “The one plane that wasn’t damaged was made of composite materials.”

Fortunately several other planes had taken off earlier in the day and were out of the area when the hailstorm struck, Soderquist said, adding that the local pilots whose planes were damaged will be calling their insurance adjusters. The cost from today’s hail damage to the planes could run in the hundreds of thousands of dollars.

“The hail was blowing sideways and a pilot whose plane was parked in a hangar said pieces of the fiber glass door broke off in the storm, flew clear across the hangar and hit the back wall,” Soderquist said.

A hail drift nearly two feet high piled up at the door of a building on the south side of the airport, he said.

“My car was parked outside and was severely damaged in the hailstorm and I’ve already called my insurance adjuster,” Soderquist said. 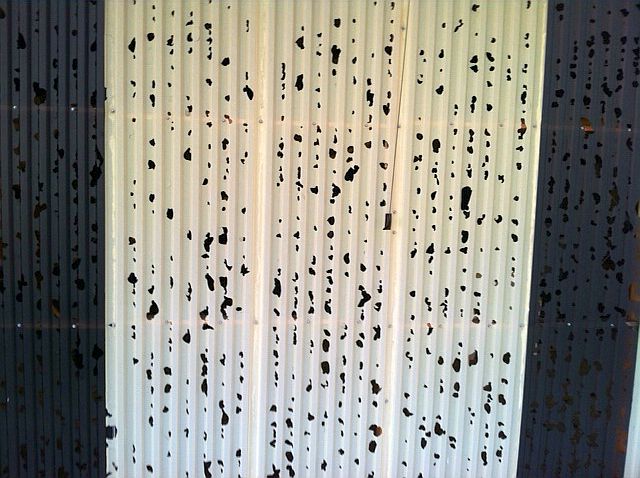 The hail came in at a horizontal angle and punched holes in the fiberglass door of one of the west side hangers at the airport. Photo by Julie Habiger 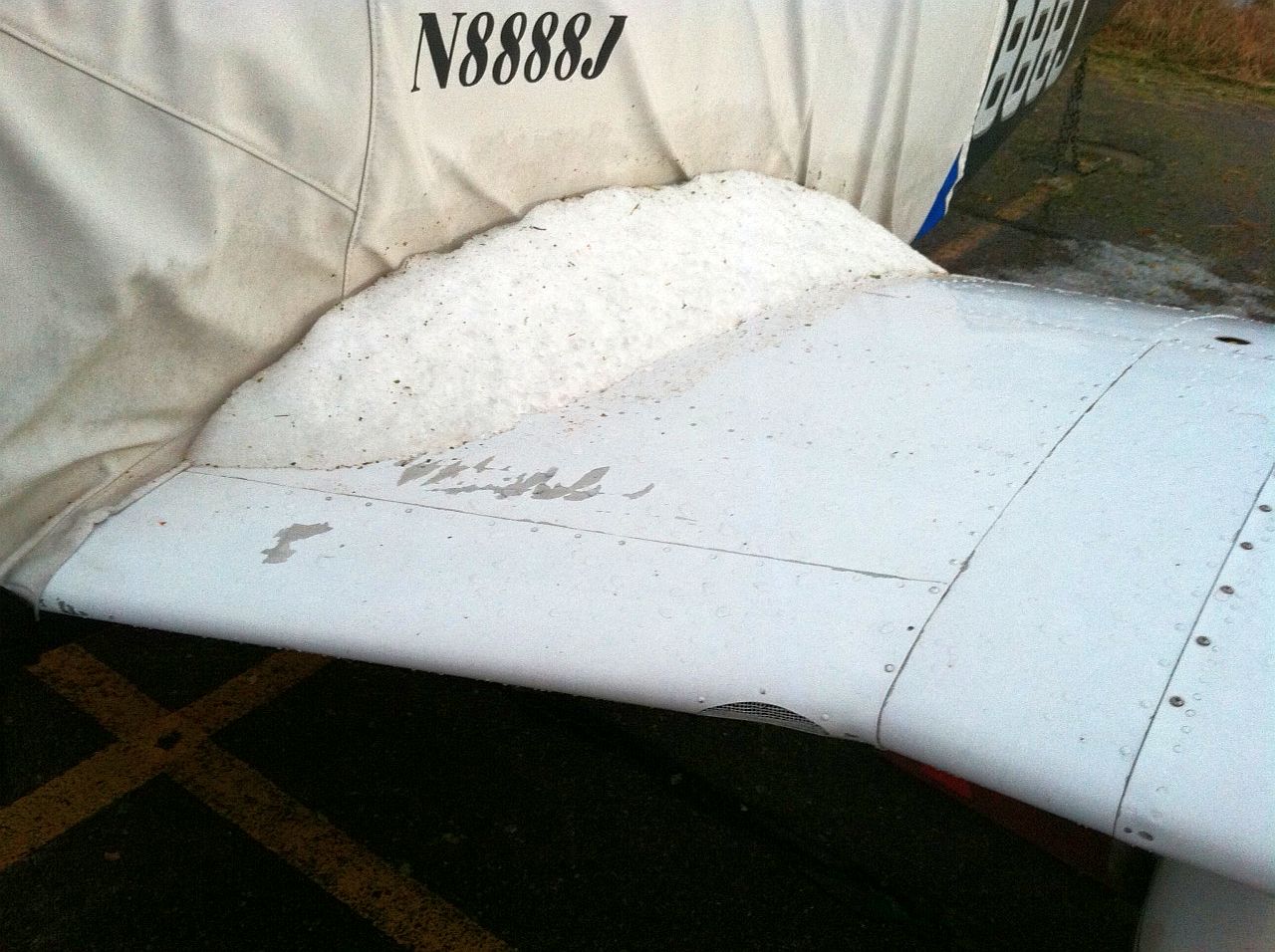 Hailstones are still visible at 6 p.m. today on the wing of an airplane. Photo by Julie Habiger 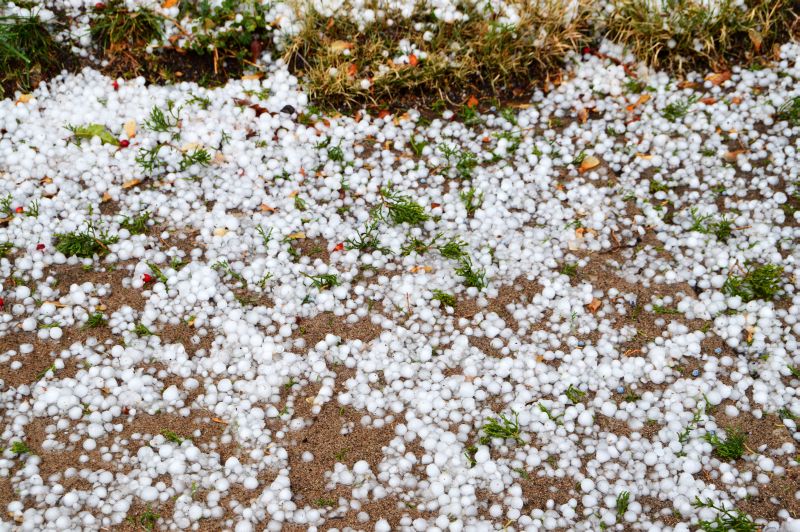 Hail the size of marbles pounded the community about 2:30 p.m. today with the worst of it striking Los Alamos County Airport and damaging many private airplanes. Photo by Carol A. Clark/ladailypost.com 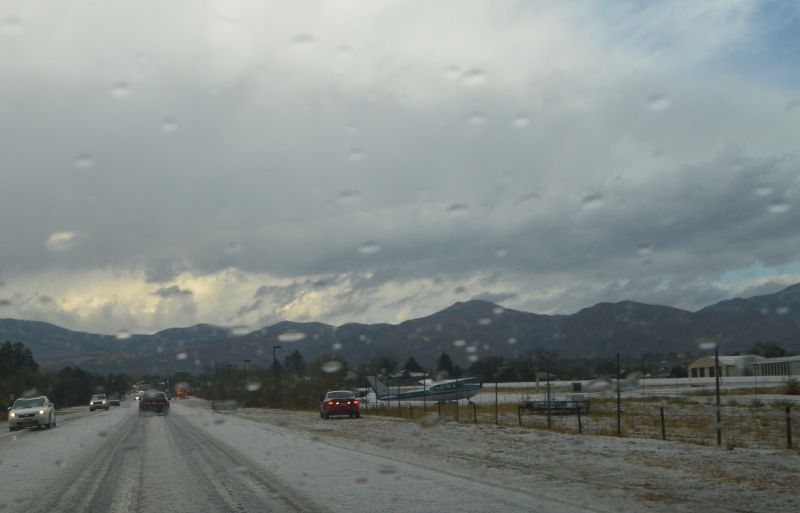 Planes anchored down at the airport were battered by today’s hail. Photo by Carol A. Clark/ladailypost.com 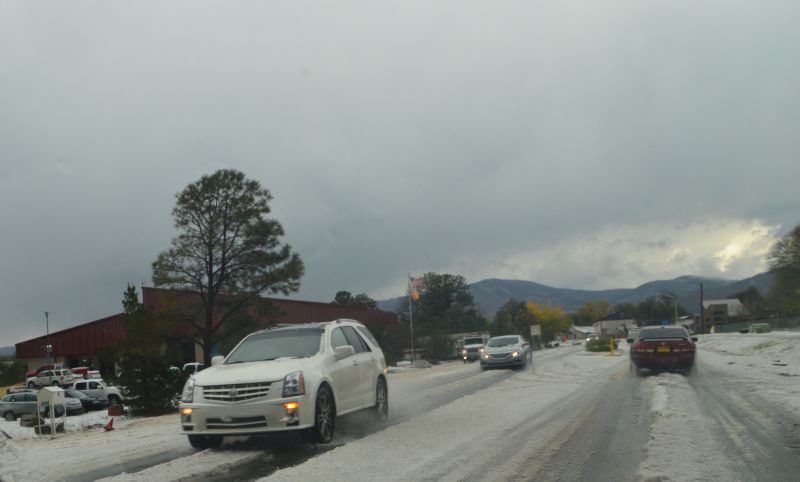 The entrance to town is covered in hail. Photo by Carol A. Clark/ladailypost.com 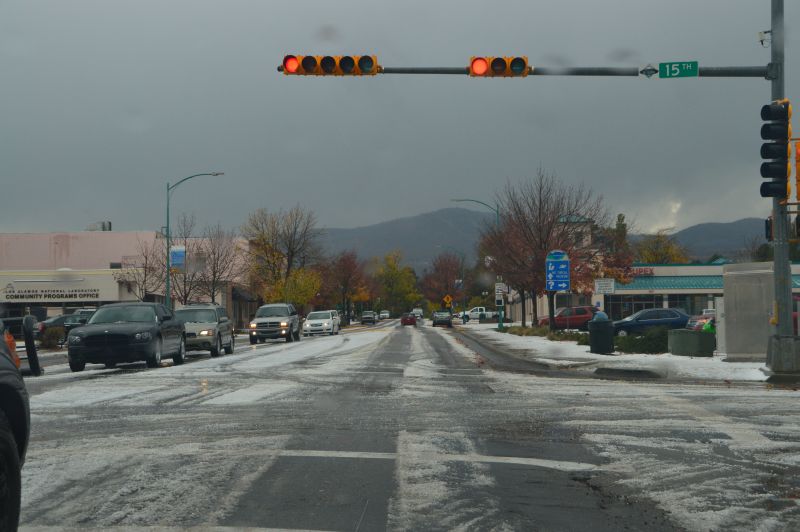 Central Avenue at 15th Street at 2:45 p.m. today. Photo by Carol A. Clark/ladailypost.com 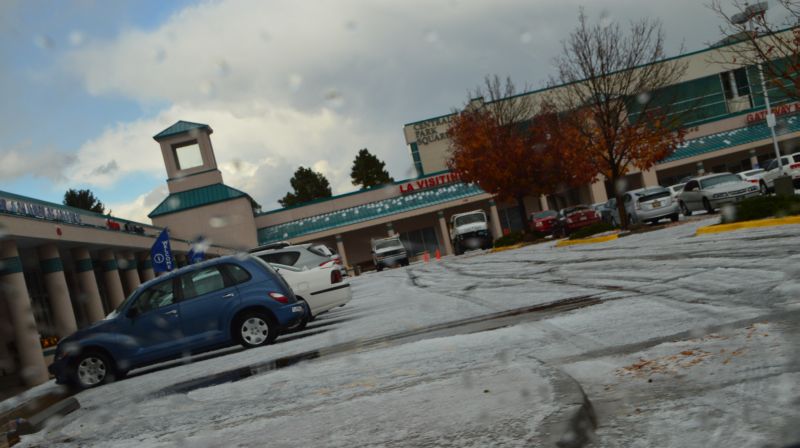 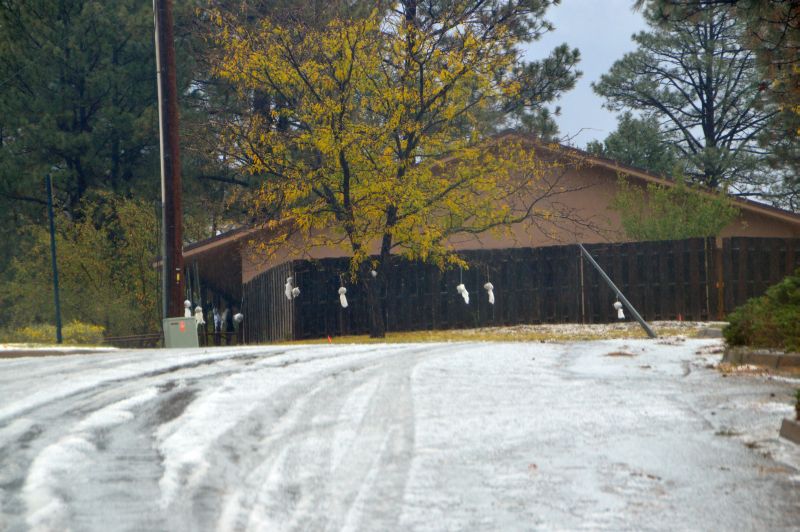