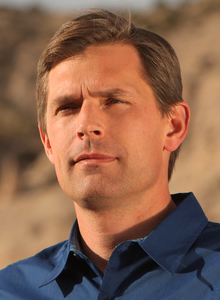 The House-passed DHS funding bill includes a number of anti-immigrant provisions, including deporting DREAMers. Funding for DHS is set to expire Feb. 27.

“With threats emerging everyday both at home and abroad, casting doubt on future funding for the Department of Homeland Security is a terrible idea,” Heinrich said. “A DHS shutdown would threaten public safety, it would hinder interstate commerce, hurt our economy and jeopardize critical funding for state, local and tribal government activities.”

According to the American Immigration Council website, there are about 1.8 million immigrants in the U.S. who make up DREAMers or individuals who might be or might become eligible for U.S.  President Barak Obama’s “deferred action” initiative for unauthorized youth brought into this country.

The initiative offers a two-year renewable reprieve from deportation for immigrants who are younger than 31, entered the U.S. before they were 16 years old, lived continuously in the country for at least five years, have not been convicted of felony or significant misdemeanor, are high school graduates, currently enrolled in school, received a GED or served in the military, the website states.

In his speech, Heinrich told the story of an Albuquerque DREAMer named Yuri who is studying chemical engineering at the University of New Mexico. Heinrich said, “I’ve met many DREAMers over the past 10 years in New Mexico. They are smart, they’re hardworking, and most of them don’t know how to be anything but an American. They grew up here and they want to give back.”

Homeland security funding supports DHS and its related agencies, including the Federal Law Enforcement Training Center in Artesia, the Federal Emergency Management Agency, the Transportation Security Administration and U.S. Citizenship and Immigration Services, among others.