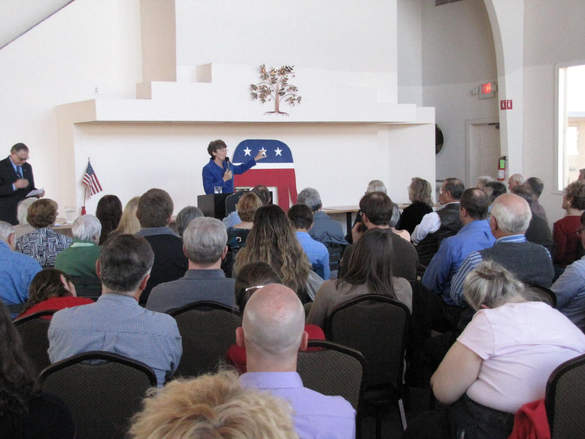 LANL employees and others listen to Senatorial candidate Heather Wilson during her Town Hall meeting late Wednesday afternoon at the Hilltop House Hotel. Photo by Carol A. Clark/ladailypost.com

Wilson spoke of her background and experience before fielding questions from the audience of slightly more than 100 people.

At age 17, she entered the U.S. Air Force Academy and graduated in 1982. A Rhodes Scholar, Wilson earned her master’s and doctoral degrees in international relations from Oxford University.

She worked with NATO allies as an Air Force officer and in 1989, became director of European Defense Policy and Arms Control on the National Security Council at the White House under President George WH Bush.

She served as a senior member of the House energy and Commerce Committee and the House Permanent Select Committee on Intelligence. 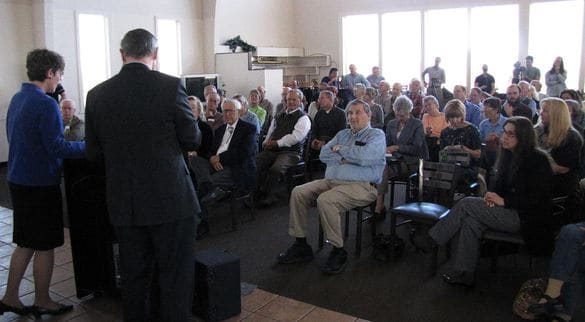 Heather Wilson and Bill Redmond. Photo by Carol A. Clark/ladailypost.com

She spoke of the “bureaucratic nonsense” the Lab has to go through to achieve excellence because NNSA requires supervisors to stand over employees with a clipboard and check boxes off a list.

“There are better models, multiple models out there that promote excellence and they’re cheaper and the money saved could go to fund science projects,” Wilson said.

She spoke of the job cuts at LANL.

“I’m quite familiar with the enterprise that stewards our nuclear deterrent,” she said. “What you do cannot be done anywhere else.” 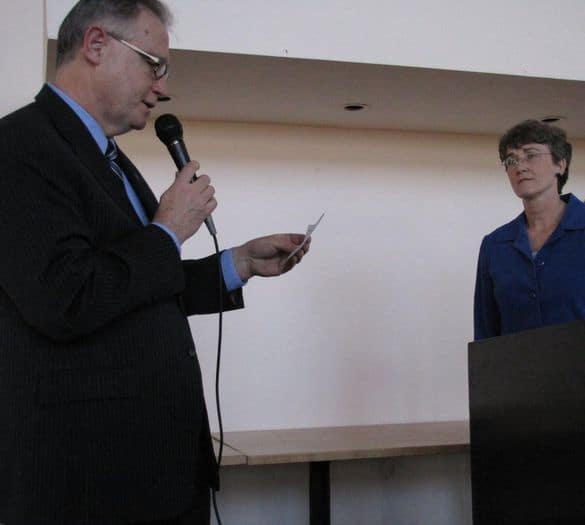 “Nuclear scientists are retiring in droves and ‘20 somethings’ are not entering the nuclear field … what’s going to happen?” asked an audience member.

“What attracts people here is the work and one of the reasons for the CMRR is to attract the next generation of nuclear scientists,” Wilson said. 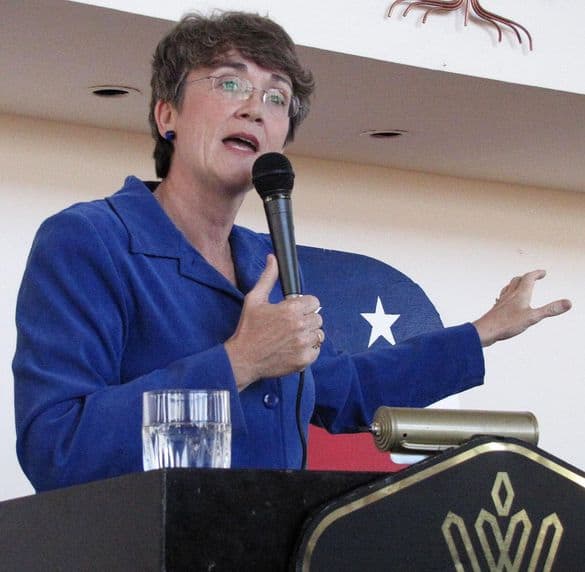 Just 3.5 percent of the nation’s wealth is spent on national security – 4.7 percent if “you throw in everything,” she said.

“That is a historic low since the end of WWII,” Wilson said. “We don’t ask much of a sacrifice on this country to secure it … and we do a pretty good job of it … we are Americans – we have found this path before and we can find it again with the right leadership.”

Chairman Javier Gonzales of the Democratic Party of New Mexico stated in a news release prior to Wilson’s Wednesday Town Hall, “The fact is, it was Democrats whofought spending cuts because drastic spending cuts can decimate communities like Los Alamos, Espanola, Taos and Chama … The idea that you can cut taxes on the richest 1 percent of this country and hand out billions of dollars a year in corporate subsidies and tax breaks for Wall Street and at the same time never have to make any cuts is the fundamental fallacy of the Republican Party.” 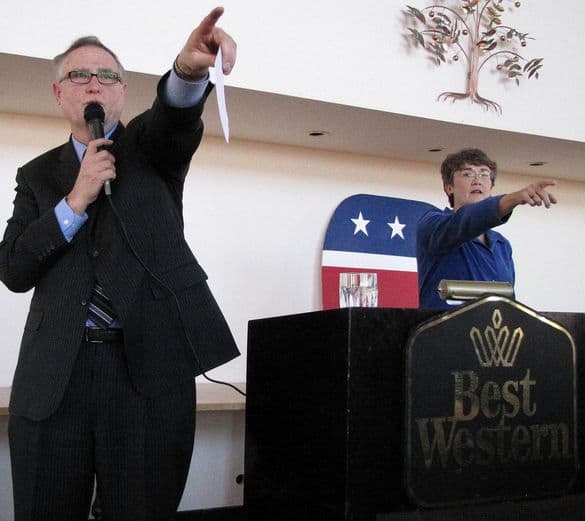 Bill Redmond and Heather Wilson point to audience members with questions. Photo by Carol A. Clark/ladailypost.com

Republican Las Cruces businessman Greg Soward remains in the race despite the latest polls showing him trailing more than 70 percent behind Wilson.

Soward has said that he will remain in the race even if he fails to garner 20 percent of the delegate support at the GOP state primary convention in Albuquerque on Saturday. He vows to get enough signatures on a petition to ensure an official spot on the June 5 primary ballot.

Wilson will face one of two Democrats in the November General Election, either U.S. Rep Martin Heinrich or State Treasurer Hector Balderas. 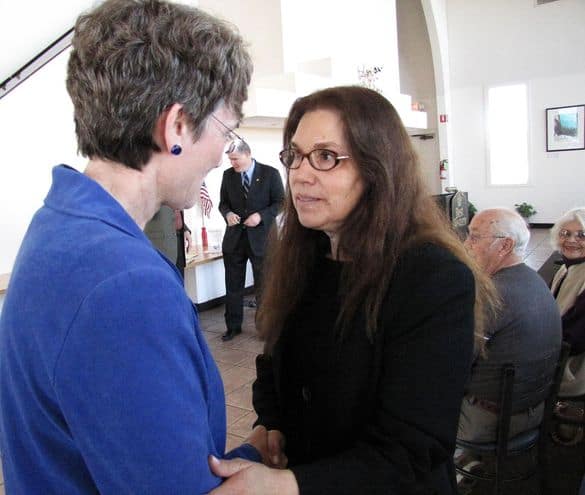 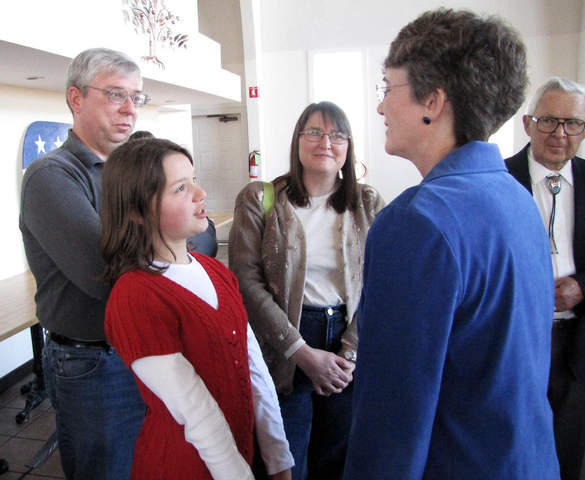 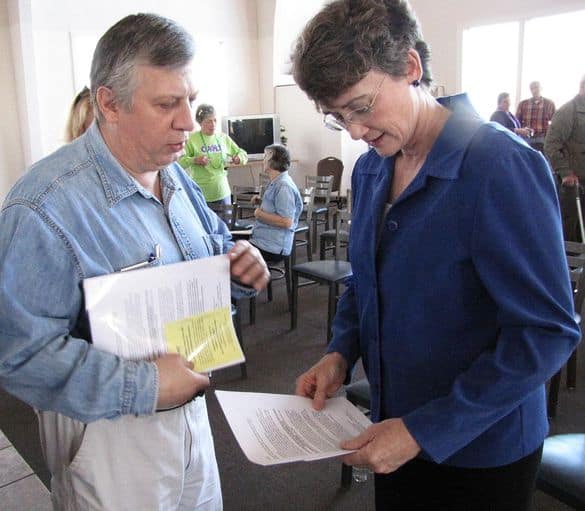 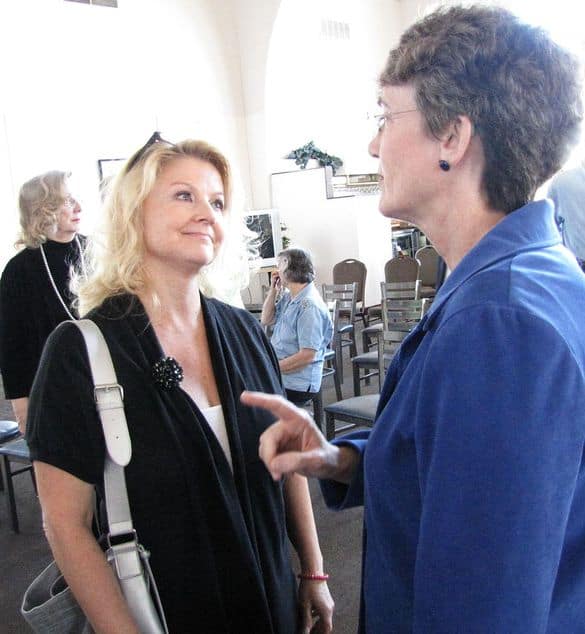 Audience member Amy Storey discusses national radio host Rush Limbaugh’s recent disrespectful remarks against women, asking her to get him banned from the air waves. Photo by Carol A. Clark/ladailypost.com 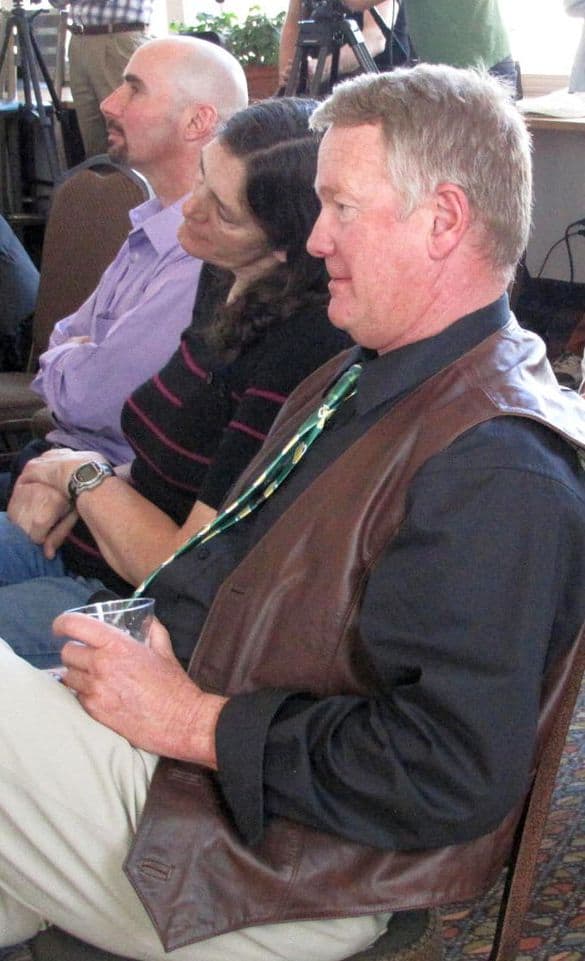 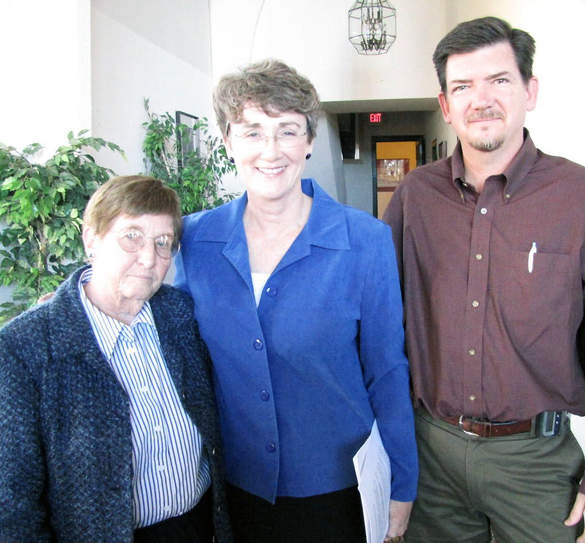