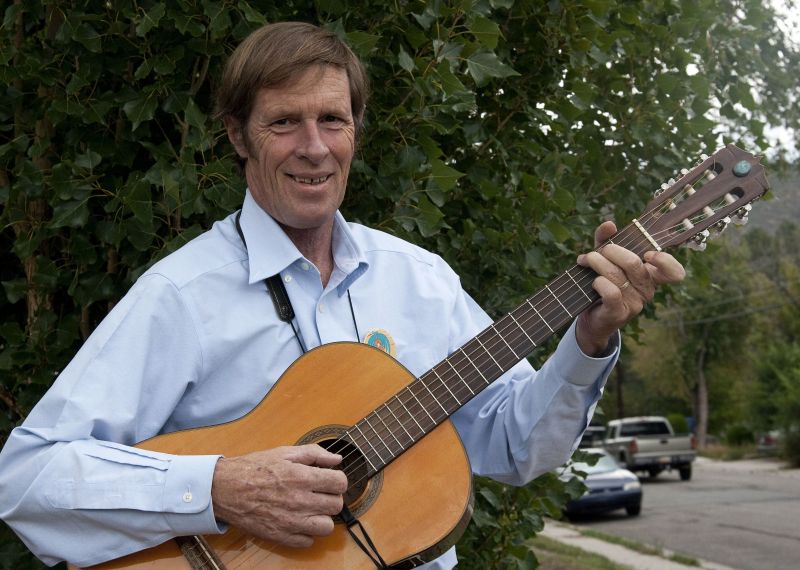 “I have a great deal of respect for the music program,” Hannemann said. “One of the biggest reasons to have a music store in town is to support that program.”

When Hannemann was a student at Aspen Elementary School, his parents bought him a clarinet from Scott’s Music, which was operated out of Mr. Scott’s home on Sycamore Street. It may have been a prophetic purchase.

“Los Alamos has had a music store without interruption for over 60 years, but those stores have always been home businesses,” Hannemann said. “The original music store was Scott’s Music, which opened in the late 1940’s as a home business. When Mr. Scott retired in the mid 60’s, Tex Felts purchased the inventory and house, continuing the home-based tradition as LA Music.”

In 2007, Felts retired and Hannemann picked up the business and continues the tradition. 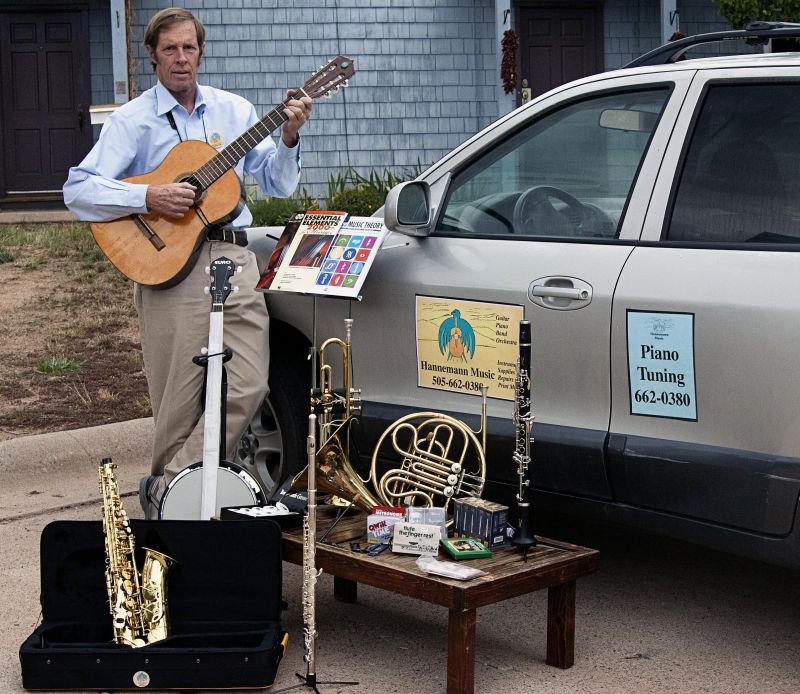 “Since a music store is specialty retail, a home-based business works quite well. Most people know what they need. They can simply call and I deliver it,” Hannemann said.

His customers have avoided embarrassing musical emergencies by calling him.

“Once, a 9th grade bassoon player called me at 1 p.m. and said she needed a bassoon reed.” he said. “Rehearsal was at 1:30 p.m. Seven minutes later she had the reed in her hand.”

Of course, operating his music store from his home made it possible to survive the challenges of opening a business during a harsh economy.

More importantly, it gives his customers a greater flexibility of access to their musical needs.

His dream is to grow the store and add a recording studio and instruction studio.

“I would like to make it more than just a retail outlet,” he said. “I want to broaden the possibilities for music in Los Alamos.”