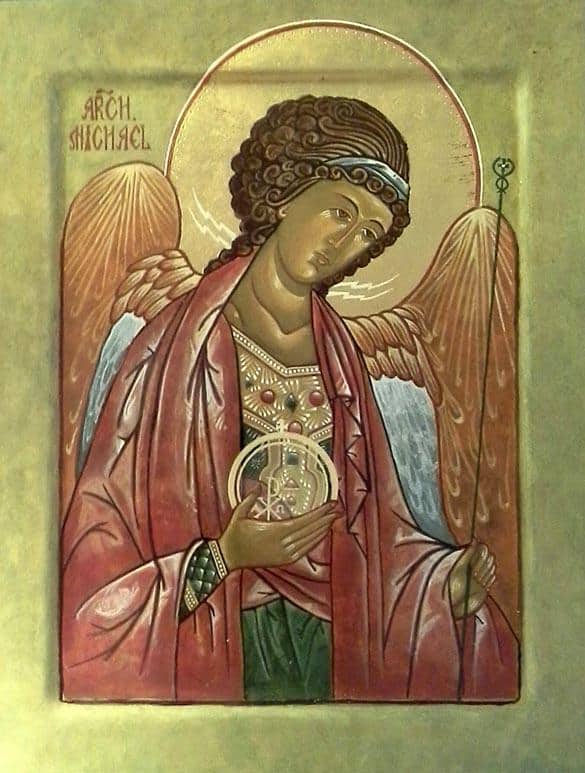 During the workshop, beginning students will work on this icon of the Archangel Michael. Courtesy photo 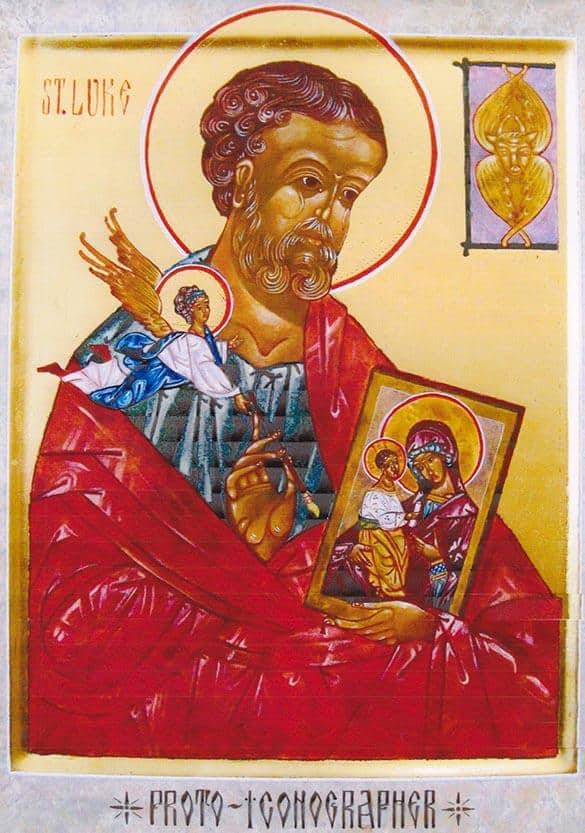 Advanced students will work on this icon of Saint Luke the Proto-iconographer. Courtesy photo 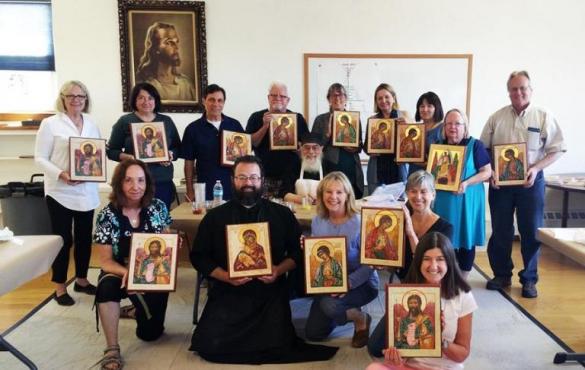 Two icon painting workshops in the Byzantine-Russian tradition will be held this July in Los Alamos, at Saint Job of Pochaiv Orthodox Church, 1319 Trinity Dr.

The Prosopon School of Iconology introduces students to the practice and theory of the ancient Christian art of icon-writing in the Byzantine-Russian tradition.

In the intensive, “hands-on” workshops each participant will paint an icon using traditional techniques and materials. The workshop is accessible to those with no art training or background as well as previous students of iconography, artists, and persons with art training according to workshop coordinator Elizabeth Bezzerides.

In 12 three-hour sessions, students will be shown the many steps in icon painting As in antiquity, only natural materials are used: wood panel with natural gesso, genuine gold leaf, egg tempera using ground pigments and linseed oil finish.

Students are introduced to iconology, which is both the practical and the theoretical part of the iconography. Explanations of iconic symbolism, and theological/philosophical bases of each step of the process are presented parallel to the technical instruction.

Tuition for a workshop of this length and intensity is generally more than $900; however, owing to support and underwriting from Saint Job of Pochaiv Orthodox Christian Church in Los Alamos, tuition for the six-day workshop is $695, which includes a gessoed icon board and all materials. Materials in addition to icon board include pigments, gold leaf and brushes.

About the Prosopon School of Iconology

The Prosopon School was founded by iconographer Vladislav Andrejev born in 1938 in St. Petersburg, Russia. After receiving formal education in fine art, Andrejev worked as a book and magazine illustrator. After working for several years in this area, he became interested in religious art.

During the Soviet regime in Russia, he was not able to express this art freely, so at great risk he journeyed in the search for deeper meaning in art and life, This led him to solitary travels in the Russian wilderness from monastery to monastery in remote areas of Russia in order to meet monastics practicing Christianity in the midst of Soviet religious repression. In these travels, Andrejev met a monk who was an artist and icon restorer with whom he spent a year studying iconography in the Russian Orthodox tradition.

Andrejev immigrated to the United States in 1980 and lives in New York State. He has written a large number of icons, which can be seen in churches and homes throughout America and the world. Over 25 years of teaching, Andrejev’s iconographic technique and teaching method have undergone development and, to a fair degree, standardization. As a result, a distinct “school” of painting has evolved, one which strives to be a continuation of the ancient Russian-Byzantine tradition as well as a further step in its living development. The School has received the blessing of the Archbishop of New York and New Jersey, and approval of the Metropolitan of the Orthodox Church in America.

The instructor for this year’s Workshop is Father Mefodii, Priest-monk (Hieromonk) from Saint Maximos the Confessor Skete (monastery) in Palmyra, Virg. He has taught the local Icon Workshop since 2005. Fr. Mefodii has been an ordained priest for more than 35 years during which time he has been a parish priest, spiritual director of a college seminary, diocesan representative to various religious and interfaith organizations, and author and student of Byzantine-Russian Iconography.

Fr. Mefodii holds two degrees in Theology: Masters (M.Th.) from the Theology Faculty, University Innsbruck, Austria; and Master of Arts (MA) in Eastern Christian Theology from John XXIII Institute for Eastern Christian Studies, Fordham University, NY. He has been a student of Vladislav Andrejev, Master Iconographer and founder of the Prosopon School, since 1991.