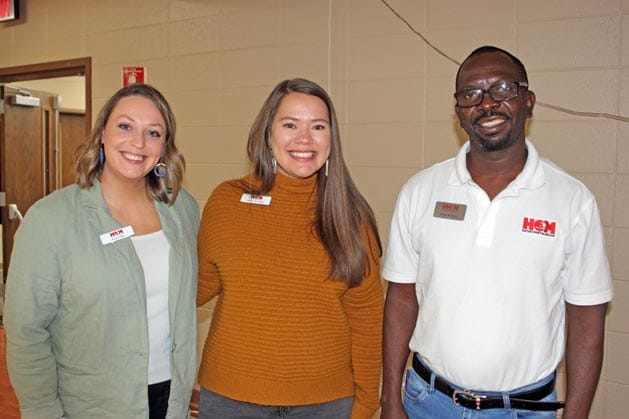 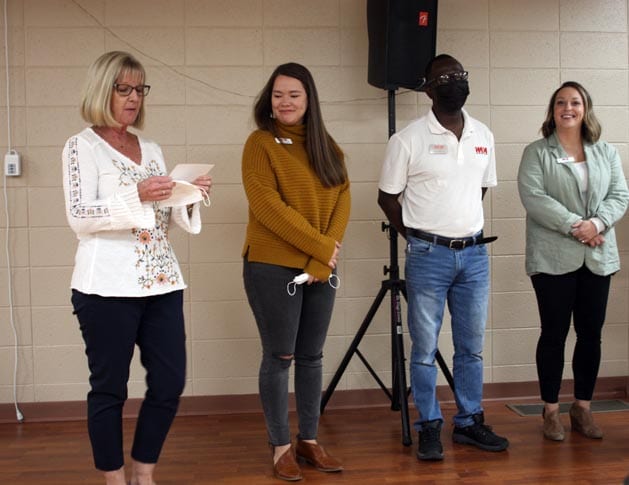 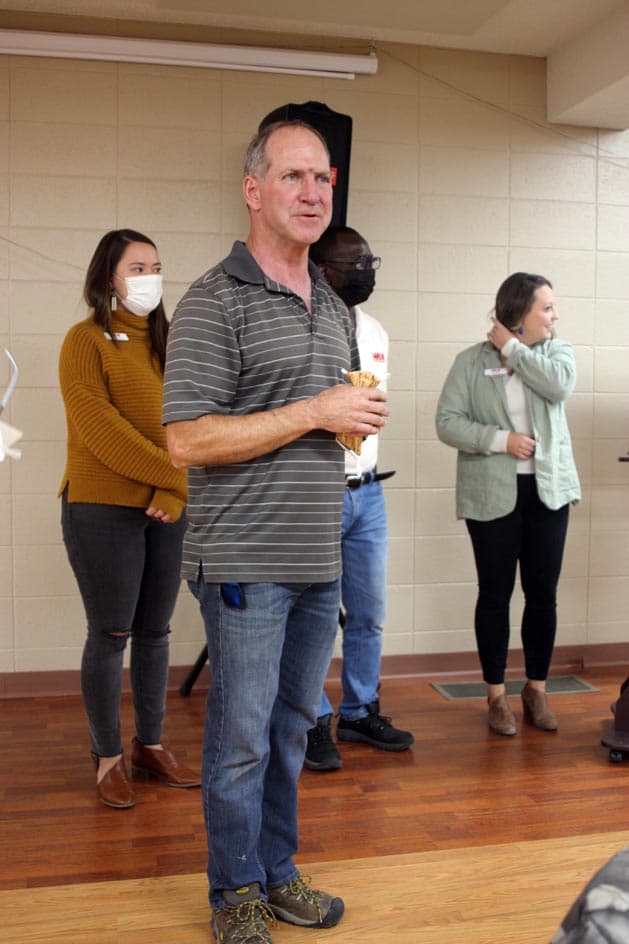 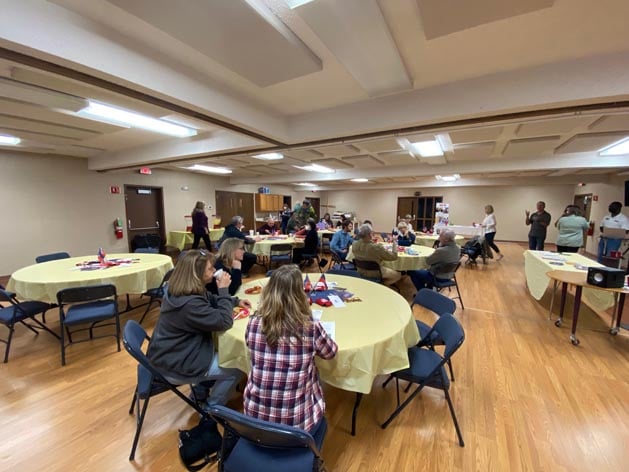 A scene from the Haitian Christian Mission talk Saturday at the Christian Church. Photo by Kirsten Laskey/ladailypost.com

A devastating earthquake, corruption, a president’s assassination, soaring gang violence – all these things are plaguing Haiti. A source of stability is churches, and as members of the Christian Church in Los Alamos learned Saturday night, to continue to serve and provide stability to Haitians, outside help is needed.

Haitian Christian Mission (HCM) Stateside Sponsorship Director Whitney Smith, Donor Care Director Kristen White and Vice President of Haiti Operations/Director of Evangelism Jonas Dorlus spoke to the members of the church about HCM’s work and why financial support is essential for that work to continue.

Smith, White and Dorlus said they embarked on a fundraising venture that took them everywhere from Alaska to Arkansas. Los Alamos was their final stop.

So, what did they think of this Northern New Mexico community?

During their talk Saturday night, the three HCM representatives emphasized the importance of the organization’s work.

First, Haiti is incredibly poor. White pointed out that it is a short flight from Florida to Haiti; however, “It’s not far away from us but it is a completely different world,” she said.

White said 80 percent of the population live in poverty – making $2 a day.

“Obviously there is a lot of need for a country like Haiti,” she said.

That’s where HCM comes in. The Christian organization was founded in 1974 by Haiti citizens Etienne and Betty Prophete. Their son, Edwens Prophete, serves as CEO.

HCM had a humble beginning; it started with Bible studies that were held on a front porch, but grew to include medical clinics, schools, a woodworking shop, a peanut butter factory and a micro-loan program for women entrepreneurs.

The sustainability pillar deals with providing employment and community service as well as preserving the environment. Under this pillar, HCM operates a woodworking shop and a peanut butter factory. Furthermore, HCM runs a translation school to train students to speak English and work as interpreters as well as a sisters helping sisters micro loan program, which provides loans to women to start businesses on the condition they pay a small percentage back into the program.

Dorlus touched on the translation school; pointing out he was a member of the school’s first class and ultimately became the school’s director. Being fluent in English allows individuals to work with foreign missionaries, he said.

“This becomes a source of comfort to them,” Dorlus said. “It’s fun to work with God’s people.”

The next pillar, medical care, became especially important with the arrival of COVID-19, Smith said. HCM provides a women’s clinic, testing for HIV and AIDS, the Higgins Brothers Surgicenter for Hope and even a dentist at its main campus in Fonds-Parisien. For the Evangelism pillar, HCM partners with 57 churches in Haiti. It was emphasized that churches are incredibly important right now in Haiti as they are the only institutions providing stability.

“Our pastors are praying for them,” Dorlus said. “They have done so much,”

For the education pillar, White said 3,900 students are enrolled in the HCM’s Christian education program. Not only are students being educated, she said but they are also provided food as well as clothing.

Sponsorships allow students to successfully complete their education. A sponsorship costs $35 a month and can reap life-long benefits.

“God is using an education program to raise up a generation of people who are educated and have conviction,” White said.

There are many other ways to donate to HCM, visit https://www.haitianchristianmission.org/donate for more information. The Christian Church has been a long supporter of HCM. For more than 40 years the church has contributed financially to its operations as well as participated in several missionary trips to the country, starting in 2015. The support is essential; there are a lot of challenges facing Haiti to say the least but as Dorlus said, HCM gives something to people, and this something allows them to forge ahead.

“… you need something to start something … It is better to have something than nothing at all,” he said.