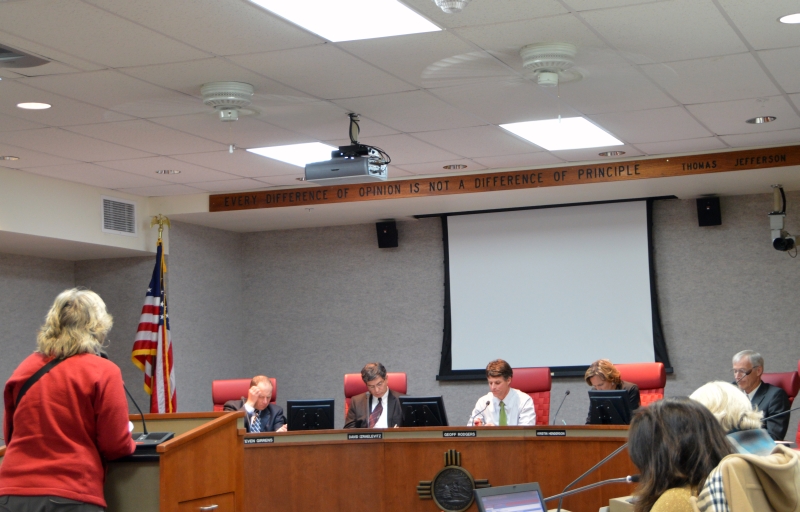 U.S. Rep. Deb Haaland
STATE News:
WASHINGTON, D.C. ― Vice Chair of the House Natural Resources Committee Deb Haaland and Assistant Speaker Ben Ray Luján introduced the Buffalo Tract Protection Act Thursday to address the local Sandoval County community’s concerns about the negative impacts of a proposed gravel mine in the area.
The bill will withdraw four parcels of Bureau of Land Management (BLM) lands, including the Buffalo Tract and the Crest of Montezuma, from any mineral development, including gravel mining.
“The Placitas area is already home to numerous mines and the residents and tribes nearby bear the brunt of pollution. Allowing additional mining would have negative impacts on the health of our families and communities. My office has met with tribal leaders, residents, and local leaders, all of whom oppose new mining in the area. I am introducing this bill today to honor those wishes and protect the health of my constituents,” Haaland said.
“It is critical that we protect our environment and ensure that communities have access to clean drinking water and breathable air. The proposed mines in the Placitas area do the opposite – and I am proud to join community leaders who are speaking out to protect the health of their families. This legislation addresses their concerns and ensures that Placitas will remain the home of families – not special interests looking to make a profit,” Luján said.
In 2012, the BLM released a new draft resource management plan for BLM lands in central New Mexico. In the draft plan, the BLM proposed to open the Buffalo Tract in southern Sandoval County to mineral development, including gravel mining. Since the release of the draft plan, many local residents and stakeholders have expressed deep concerns–including health risks–about a gravel mine. Sandoval County, the Town of Bernalillo, the Merced De Comunidad De San Antonio De Las Huertas, the Pueblo of San Felipe, the Pueblo of Santa Ana, and Placitas residents are all opposed to gravel mining at this location.
With BLM reported to be preparing to release a final management plan, it is essential to protect these communities from the negative impacts of a gravel mine on these public land, To do this, the Buffalo Tract Protection Act would:
U.S. Senators for New Mexico Martin Heinrich and Tom Udall have introduced companion legislation in the U.S. Senate.
Support for the Buffalo Tract Protection Act
The Buffalo Tract Protection Act has been endorsed by the Town of Bernalillo, Santa Ana Pueblo, San Felipe Pueblo, Las Placitas Association, Eastern Sandoval Ranchos de Placitas Property Owners Association, and La Mesa Homeowners Association.
“The Pueblo of San Felipe has worked for many years to reclaim, preserve and protect the Buffalo Strip, which is an important part of San Felipe’s ancestral land base. The Buffalo Strip, which is directly adjacent to the Pueblo of San Felipe, contains cultural resources including NAGPRA sites, and is a crucial wildlife migration path between the Sandia and Jemez Mountains. We are thankful for the work of Congresswoman Haaland, and the NM Delegation who are working to withdraw the Buffalo Strip from mining. The Buffalo Strip must be protected to preserve cultural and wildlife resources for this, and future generations.” – Pueblo of San Felipe
“The Pueblo of Santa Ana vehemently supports Representative Deb Haaland’s Buffalo Tract Protection Act, a bill that would protect the BLM’s ‘Buffalo Tract’ from future mining. Representative Haaland’s bill is a companion to the bill introduced by U.S. Senators Martin Heinrich and Tom Udall in February of this year. The Pueblo is concerned with the impacts that mining would have not only on the Pueblo but on the region as a whole. Additional mining in the area would only further degrade air quality in the area that has already been negatively impacted by existing mines, highways, and the railroad. Protecting the ‘Buffalo Tract’ from future mining is an important step in ensuring that the Pueblo’s natural resources would not be negatively impacted by mining in this area adjacent to the Pueblo.” – Pueblo of Santa Ana
“Las Placitas Association and the Eastern Sandoval County Citizens Association greatly appreciate Rep. Haaland’s support with introduction of the Buffalo Tract Act, vital legislation that can play a crucial role in safeguarding not only the public health but also the environmental quality and economic well-being of the Placitas and Sandoval County community.” – Las Placitas Association (LPA) & Eastern Sandoval County Citizens Association (ES-CA)
“Placitas is finally bouncing back from the impact of past and current mines to regain its stature as the place to live in proximity to the population centers of NM. This bill would stop future mining in this wonderful tract that should be recognized as an Urban Interface area and preserved for its history, beauty and quality of life.   We do not need it turned by miners into a moonscape, using enormous amounts of water, and adding pollutants to the air we breathe. Trails for quiet recreational use by the public that can coexist with existing wildlife corridors and the widely popular local wild horse population are appropriate uses,” –Dick Ulmer, retired tech exec and chair of ESCA’s Land Protection Trust stated.
Menu
Los Alamos
64°
Clear
5:48am8:23pm MDT
Feels like: 64°F
Wind: 7mph SW
Humidity: 34%
Pressure: 30"Hg
UV index: 0
WedThuFri
91/64°F
90/64°F
88/64°F
Weather forecast Los Alamos, New Mexico ▸