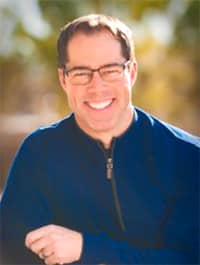 From the Mark Ronchetti For Governor Campaign:

“For the last several years we have witnessed the state fail to get a handle on the agency that was designed to protect the most vulnerable among us, our children,” Ronchetti said. “With this 8-point plan, we aim to protect our children, restore transparency to the agency, and increase independent oversight to ensure the safety of our kids.”

CYFD has been mired in tragedy for years, and fixing the agency was a centerpiece of Michelle Lujan Grisham’s Gubernatorial Campaign in 2018. She went so far as to say in an Albuquerque Journal Op-Ed that: “As governor, I will build a vigilant CYFD focused on preventing tragedies rather than reacting to them, composed of qualified, trained and committed staff working to ensure the safety, stability and prosperity of our most vulnerable children.” The governor has yet to accomplish any of these goals for the department tasked with protecting New Mexican children. In fact, she has made it worse.

She vetoed a unanimously-passed bill to provide oversight of CYFD, she weakened numerous child abuse laws, and her administration is currently being sued and accused of destroying evidence and deleting records in a case involving a murdered child who was repeatedly returned to his abuser.

“Given the continued abuse, harm, and death of children and numerous scandals that have come out of CYFD over the last 3 and a half years, the governor has completely failed in her duty to protect the vulnerable children of our state from tragedy,” Ryan Sabel said, communications director for Mark Ronchetti for Governor.

“In addition to the almost daily, tragic stories that come from CYFD’s failures, the governor’s administration also tried to cover up what’s happening from taxpayers by deleting messages en masse from their work devices,” Sabel said.