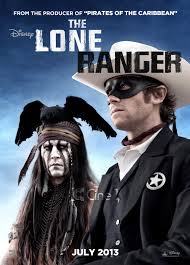 The new travel planning resource created by the state’s Tourism Department can be found here. The website can be used by in-state travelers as well as out-of-state visitors planning a New Mexico vacation or visit. Martinez made her announcement Monday at the Albuquerque Studios.

The website features special itineraries, film history, and New Mexico movie lore. The most recent of these, Disney’s “The Lone Ranger” (due in theaters nationwide on July 3) features scenes filmed in various locations across the state. Film Trails is not only a map of movie locations, but includes suggestions for activities, restaurants and lodging in the area.

“With its breathtaking backdrops carved out by nature and history, a temperate climate, and our unique blend of cultures, New Mexico has always been a natural filming location,” Martinez said. “Now, we’re thrilled to share these views with the millions of film-goers who will see Disney’s ‘The Lone Ranger’ this summer.”

“The release of ‘The Lone Ranger’ – arguably the most buzzed-about blockbuster of the summer – coincides with a growing consumer interest in film-related tourism and thus served as an impetus for the creation of the website, said Monique Jacobson, New Mexico’s Tourism Secretary.

“The filmmakers chose Rio Puerco, New Mexico as an authentic setting for their own version of a Wild West town, shot the movie’s thrilling train scene in Cimarron Canyon near Angel Fire and filmed at many other locations here as well. This summer and beyond, visitors to our state will discover many ways to experience the flavor of the Wild West and of the ‘The Lone Ranger’ itself.”

“The Lone Ranger” is only one of 600 films produced in New Mexico over the last 100 years. Countless westerns were filmed here, as well as sci-fi movies like Contact and Terminator Salvation, the dramas Crazy Heart andNo Country for Old Men, the classic The Grapes of Wrath and comedies like Wild Hogs.