This morning on the KRSN AM 1490 morning show, Gov. Susana Martinez accused Rep. Stephanie Garcia Richard of breaking her campaign promise to voters in Los Alamos with regard to driver’s licenses for illegal immigrants (House Bill 606.)

Garcia Richard is on record during her campaign for favoring the repeal of the current law, which grants driver’s licenses to illegal immigrants, saying “It’s a bad law that needs to be changed.”

It appears Garcia Richard was trying to do just that through her vote yesterday. She voted to move the bill out of the House Labor Committee, where it has been stuck. 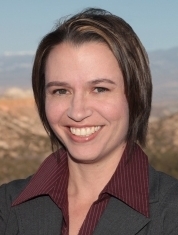 Then on a vote that would have moved the bill to the house floor where it was unlikely to pass, Garcia Richard voted no.

The Governor claimed this morning that Garcia Richard is breaking her promise to vote to repeal the law.

Garcia Richard explained after yesterday's floor session that she was attempting to get the bill out of the committee where it was stuck and into a committee in which she is a member (Appropriations & Finance) to help make the bill into something she could support.

In its current form, Garcia Richard indicated she could not support the legislation. So rather than try to stop the bill that the Governor desperately tried to get passed last session, Garcia Richard was instrumental in moving it forward.

"I was happy to have the opportunity to vote on it and get it out of the committee where it was stalled," Garcia Richard told the Los Alamos Daily Post this morning. "I support repeal but not before we make these fixes … it does not meet federal guidleines as written.

Republican Rep. Paul Pacheco sponsored the bill and Garcia Richard said he told her he is happy to work with her on making needed fixes to his bill.

There is widespread concern that without changes to the driver’s license law, New Mexico licenses will not comply with the federal Real ID Act. Not complying with the act could force New Mexican’s to provide other forms of ID, including birth certificates or passports, at federally controlled checkpoints such as airports before boarding planes.

Garcia Richard was actually doing the governor a big favor by getting the bill out of the committee it was stuck in and into a committee where the bill could be ironed into something that might pass the house.

Even House Republic Whip Nate Gentry of Albuquerque said about the turn of events to KRQE, “We’re much better off than we were.”

Garcia Richard issued the following statement to the Los Alamos Daily Post this morning after hearing that the Governor accused her of breaking her campaign promise to Los Alamos voters.

"This is just another example of the way the Republicans are playing partisan politics – taking a procedural vote and turning it around to use as ammunition against me, which is similar to what they did to me during the campaign season."