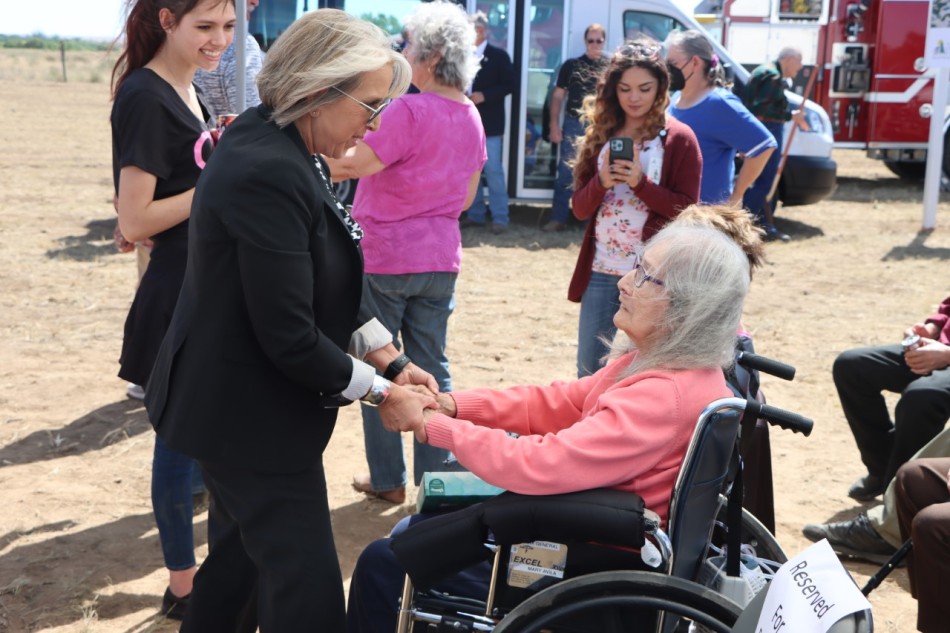 The new facility, the only one in the county, will feature 32 private rooms, overnight guest accommodations, a recreation area, family room, chapel, hair salon and exterior gardens with walking paths.

“Every New Mexico senior – no matter which community they call home – deserves compassionate, high-quality care that allows them to live a healthy life with dignity,” Gov. Lujan Grisham said. “I’m extremely gratified to commit $15 million toward a new, state-of-the-art facility for the seniors of Colfax County.”

“Springer is a small town with huge potential and we are so proud to be making this new long-term care facility a reality,” Springer Mayor Boe Lopez said. “Thank you to Gov. Lujan Grisham for her support of Colfax County seniors.”

“I would like to thank the Governor for her support in helping us provide quality care for current and future residents of northeast New Mexico in the new Colfax General Long-Term Care Facility,” said Steve Briggs, South Central Colfax County Special Hospital District Board Chair.

“This is a much-needed addition for the seniors of Colfax County,” said Aging and Long-Term Services Department Cabinet Secretary Katrina Hotrum-Lopez. “We are excited about this center and the ways that it will allow us as a state to build out our capacity for care, especially in more rural and remote areas of New Mexico.”